The U.S. Patent and Trademark Office officially published a series of 52 newly granted patents for Apple Inc. today. In this particular report we cover another advanced 3D depth camera patent from Apple's Israeli team that covers desktop computers and 3D glasses. The patent also covers a projection system that is noted being incorporated into a smartphone. The second patent of interest is from Apple's acquired LuxVue team that have designed a micro-LED that could be used for future iDevices, a television, MacBook, iMac, automotive heads-up display and more. The invention also includes the display being able to sense a user's fingerprint for authentication purposes. Apple was also granted a few design patents with one being for a wireless charging plate. We wrap up this week's granted patent report with our traditional listing of the remaining granted patents that were issued to Apple today.

Apple's iPhone 8 will be introducing a 3D camera for advanced facial recognition that could also be used for gesture recognition as Apple's supplier Lumentum explains in the video below. 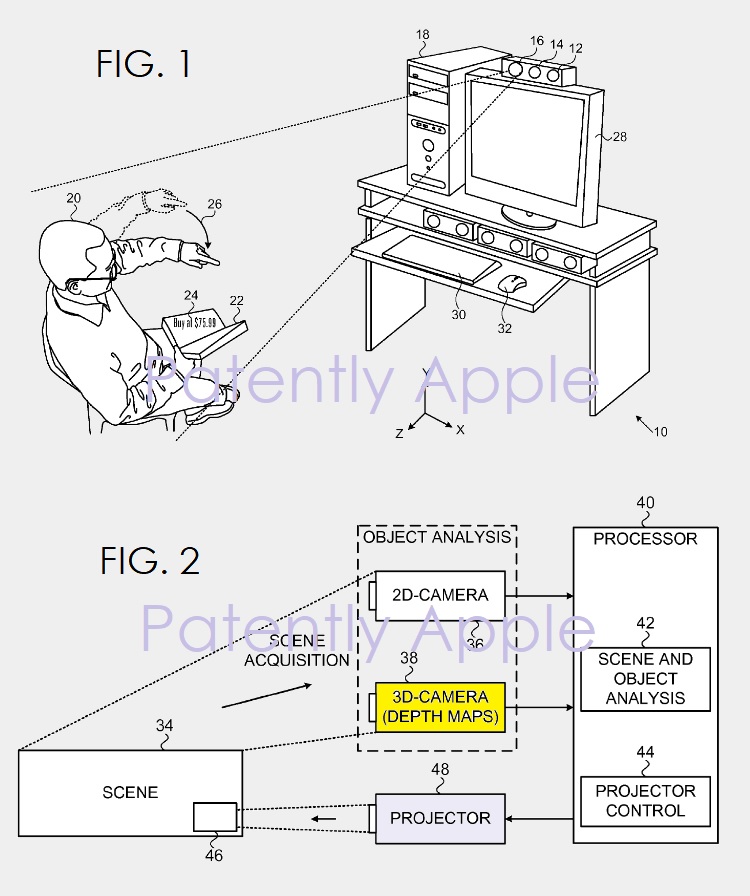 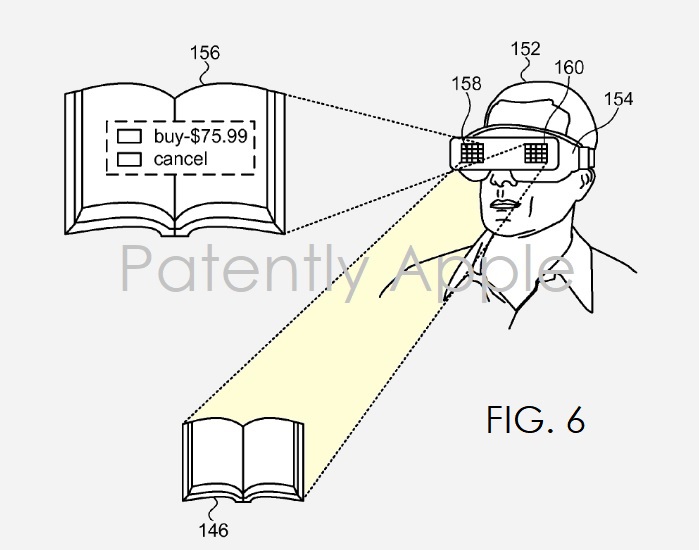 In another embodiment, "an apparatus for processing data includes a projector, which is configured to project content onto at least a part of a scene, and a processor, which is configured to detect a location of an eye of a person in the scene and to control the projector so as to reduce an intensity of the projected content in an area of the eye." The patent also mentions incorporating head-tracking.

Apple's granted patent 9,740,298 was originally filed in Q4 2015 and published today by the US Patent and Trademark Office.

Another projection related patent titled "Integrated structured-light projector" has also been granted to Apple under number 9,740,019 that relates to a 3D depth camera.

Apple's newly granted patent covers their invention relating to methods and systems use a micro light emitting diode (LED) in an active matrix display to emit and sense light. Display panels, systems, and methods of operation are described in which LEDs may be used for both emission and sensing. 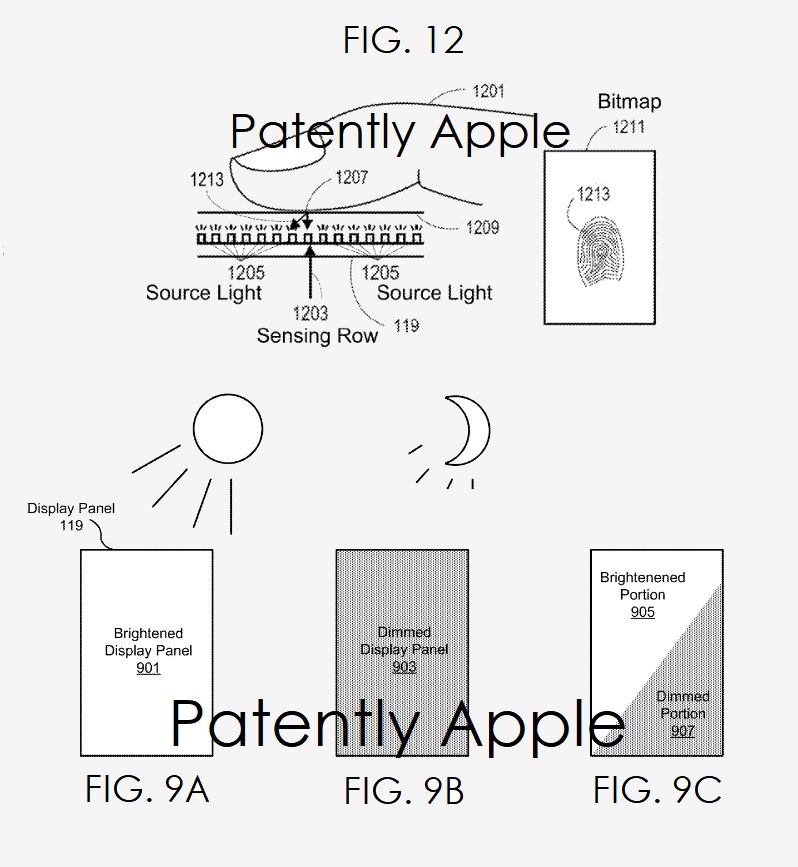 Apple's granted patent 9,741,286 was originally filed in Q2 2014 and published today by the US Patent and Trademark Office. 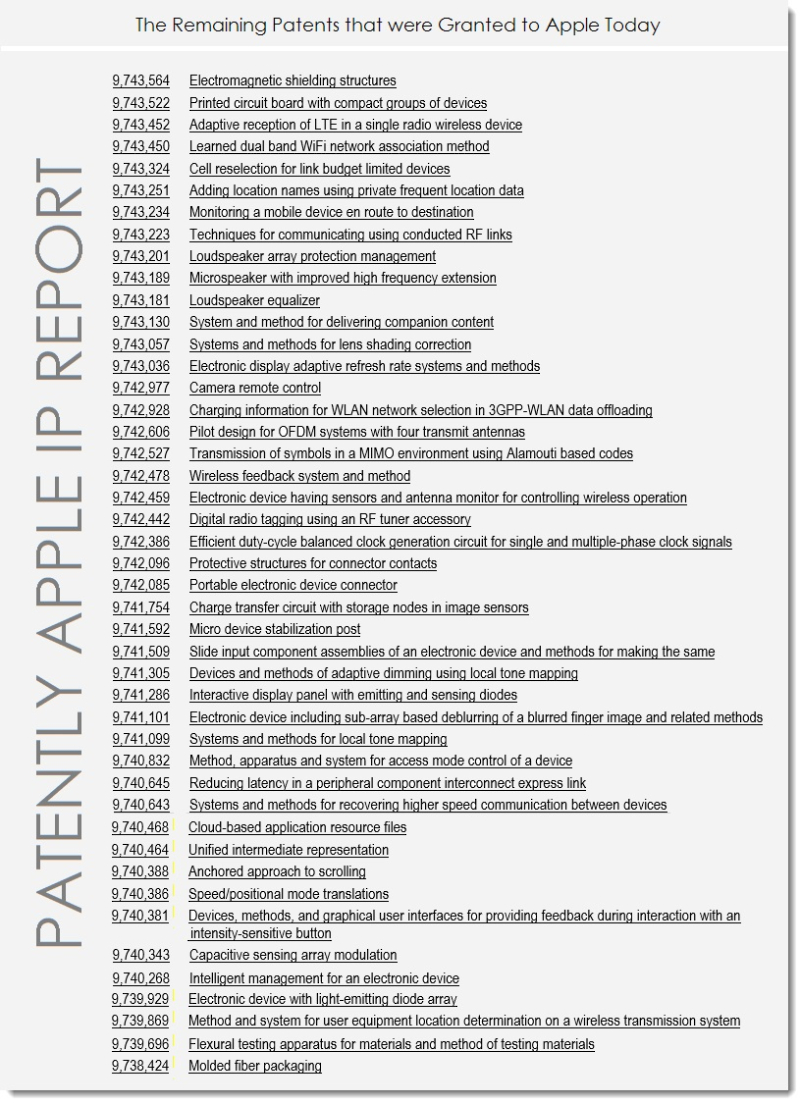