The U.S. Patent and Trademark Office officially published a series of 50 newly granted patents for Apple Inc. today. In this particular report we mainly cover Apple's patent win for what was dubbed by the Apple community as the iPhone nano. Other patents of interest today cover a cellular MacBook and displays with integrated touch. As usual, our last granted patent report of the day wraps up with our traditional listing of the remaining granted patents that were issued to Apple today.

Apple's newly granted patent covers their invention relating to user input for computer systems and more particularly to a touch and force-sensitive back-side interface for hand-held electronic devices. More specifically, the patent covers an iPhone nano. On the face of the device it's a traditional iPod nano with backside virtual phone and texting pad interfaces.

Last month Apple officially killed off the iPod nano. While it could be resurrected as a reinvented iPhone nano, I think the iPhone nano concept officially died on July 27, 2017. While the concept made sense back in 2007 when the patent was first filed, smartphones with tiny displays are no longer popular. 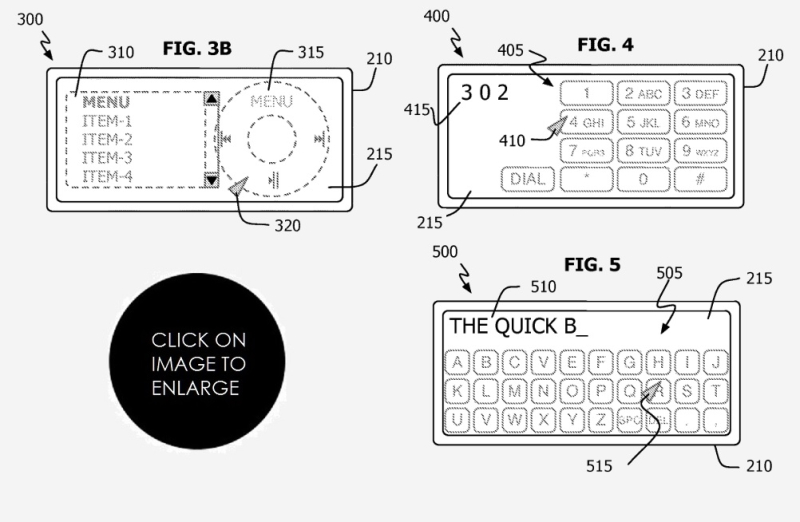 Apple's granted patent 9,727,082 was originally filed in Q1 2007 and published today by the US Patent and Trademark Office. Patently Apple's original 2009 report could be found here and the first granted patent report published in 2011 here.

One more thing: For our Liquid Metal fans, Apple was granted a liquid metal related patent today titled "Coating of bulk metallic glass (BMG) articles" that you could check out here. The patent relates to methods and apparatus of forming a coating layer on surface of a BMG article to provide the BMG article with surface hardness, wear resistance, surface activity, corrosion resistance, etc. 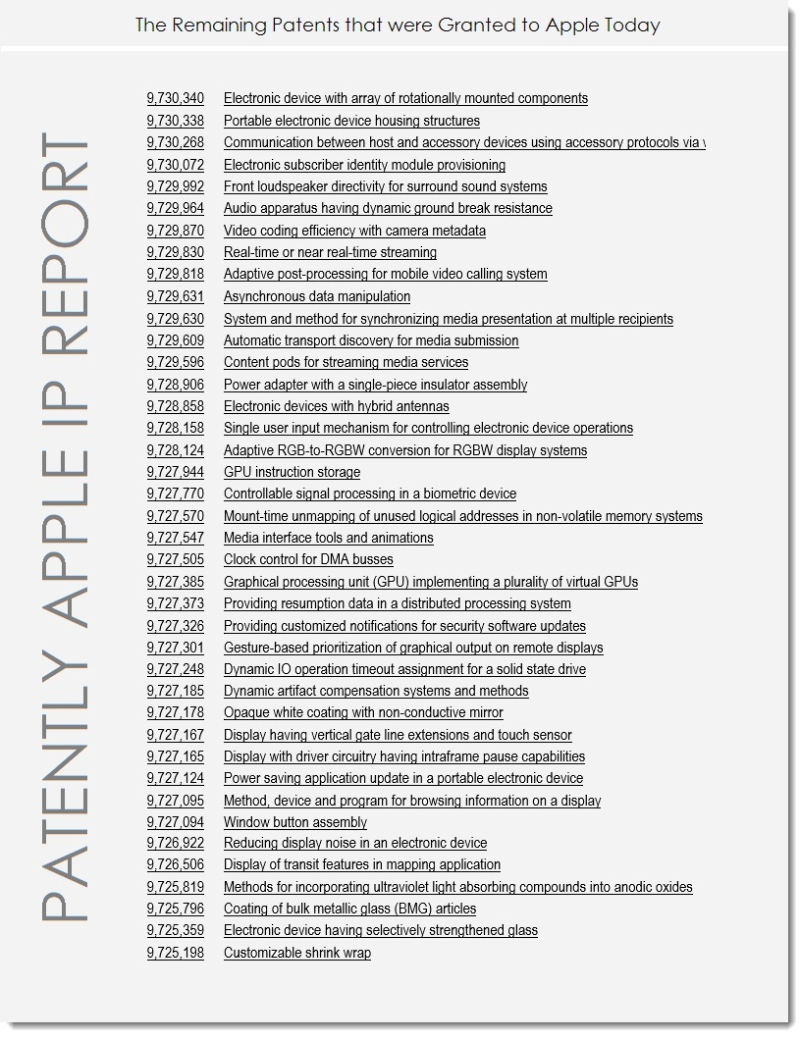