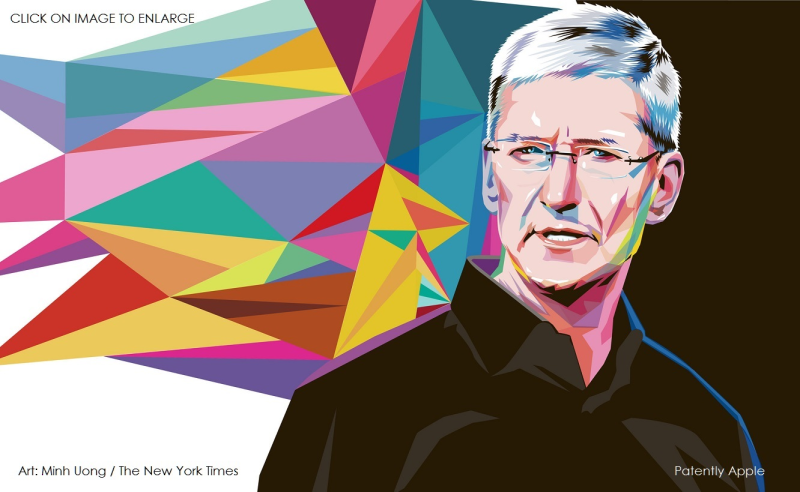 This afternoon Apple's CEO Tim Cook delivered his usual introductory commentary about the company's financial quarter that provides shareholders, analysts and news groups with some added color and focus about the performance of the company's products and services. Cook stated that "Today we're proud to announce very strong results for our fiscal third quarter with unit and revenue growth in all of our product categories. For the quarter, total revenue was at the high end of our guidance range at 45.4 billion. That's an increase of 7% over last year so our growth rate has accelerated in three successive quarters this fiscal year. Gross margin was also at the high-end of our guidance and we generated a 17% increase in earnings per share."

"iPhone results were impressive with especially strong demand at the high-end of our line-up. iPhone 7 was our most popular iPhone and sales of iPhone 7 Plus were up dramatically compared to iPhone 6 Plus in the June quarter last year. The combined iPhone 7 and 7-Plus family was up strong double digits year over year. One decade after the initial iPhone launch, we have now surpassed 1.2 billion cumulative iPhones sold."

"Services revenue hit an all-time quarterly record of $7.3 billion representing 22% growth over last year. We continue to see great performance all around the world with double digit growth in each of our geographic segments. Over the last 12 months, our services business has become the size of a Fortune 100 company, a milestone we've reached even sooner than we had expected."

"We had very positive results for iPad with broad base growth in units, revenue and market share. iPad sales were up 15% year over year and grew across all of our geographic segments. We achieved our highest global market share over four years based on IDC's latest estimate of tablet results for the June quarter. And markets like China and Japan, over half of iPads sold were to people buying their first iPad.

Our iPad product lineup is stronger than ever. The new iPad we launched in March offers great value performance and the all-new 10.5" iPad Pro launched in June features the world's most advanced display with ProMotion technology and is more powerful than most PC desktops. iPad is the perfect tool for teaching new and compelling ways and our iPad results were especially strong in the U.S. education market where sales were up 32% year over year to over 1 million units.

We believe that coding is an essential skill that all students should learn. We're thrilled that over 1.2 million students of all ages are now using iPad and Swift Playgrounds to learn the fundamentals of coding and over 1,000 K12 schools across the United States plan to use Apple's Everyone can Code in their cirricula this fall.

And for high school and community colleges students who want to pursue careers in the fast growing app economy we announced app development with Swift, an innovative full year curriculum designed by Apple engineers and educators and provided free to schools to teach students to code and design fully functional apps gaining critical job skills and software development and information technology."

Turning the Mac, Cook noted that it "gained global unit market share and reached new June quarter unit sales record in mainland China and Japan. Mac revenue grew 7% year over year driven by the strength of the MacBook Pro and iMac despite IDC's latest estimate of a 4% unit contraction in the global PC market. And with the refresh of almost our entire Mac lineup in June we're off to a great start for the back to school season."

That was nice fancy footwork on Cook's part on putting lipstick on a pig because Apple's performance globally only grew 1.7% for the quarter and down 9.6% in the U.S. according to the same IDC report he quoted. Cook focused on the likely two markets where Macs did better being China and Japan. Nice spin, but that's what it is, spin.

"Sales of Apple Watch were up more than 50% in the June quarter and it's the number one selling smartwatch in the world by a very wide margin. Apple Watch is having a positive impact on people's health and daily lives and motivating them to sit less and move more. With features like built-in GPS and waterproofing Apple Watch series 2 is the perfect companion for hiking, running, and swimming.

We're also seeing incredible enthusiasm for AirPods with 98% customer satisfaction based on Creative Strategy's survey. We had increased production capacity for AirPods and are working very hard to get them to customers as quickly as we can, but we are still not able to meet the strong level of demand."

In review their World Wide Developer Conference announcements, Cook stated that "We made some big announcements during the June quarter that I'd like to quickly review.

We launched a new investment in the future through our advanced manufacturing plan. We've earmarked at least $1 billion to this program aimed at helping our manufacturing partners develop innovative production capabilities and create high skilled jobs in the United States. We believe this can lay the foundation for a new era of technology driven manufacturing in the U.S. The first $200 million dollars from the fund has been committed to Corning to support R&D, capital equipment needs and state of the art glass processing.

And as we announced at the WWDC, we have a very exciting fall ahead with stunning advances in iOS 11, macOS High Sierra and watchOS 4. iOS 11 will make iPhone better than ever with Apple Pay peer-to-payments and even more intelligent and natural Siri, new expressive Messages with full screen effects, richer and more powerful Maps, enhanced live photos, memories and portrait mode effects and much, much more. "

The enhanced portrait mode effects that Cook touched on, may, and I stress may, include a light field effect that I wrote about back in June covering a new patent on this technology. The effects allow the user to change the focus of a photo after it's been taken and it's quite an amazing feature. Our report points to a couple of examples of this effect. This would be a phenomenal addition to the premium iPhone 8 if it came to pass.

Cook went on to state that "iOS 11 will also take the iPad experience to a whole new level with features such as a customizable dock, multitouch drag and drop, powerful new multitasking, more efficient QuickTime and great new mark-up and scanning capabilities.

One of the most exciting and most promising announcements from WWDC was the introduction of ARKit a new set of tools for developers to create augmented reality apps. It's still early in the beta period but it's clear that ARKit has captured the imagination of our developer community. We think ARKit will help the most creative minds in the industry tap into the latest computer vision technologies to build engaging content."

Apple has a number of patents on computer vision and one of them was made public back in 2015 regarding 3D mapping. 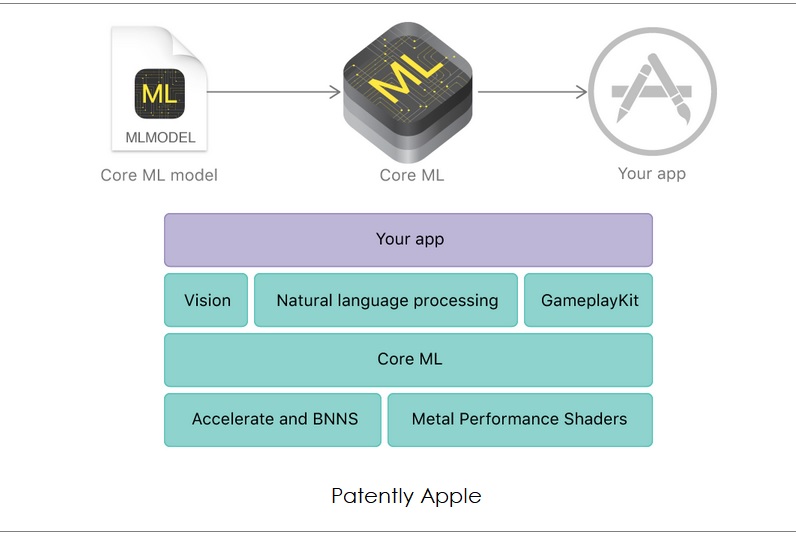 Core ML lets developers incorporate machine learning technologies into their apps with all the processing done right on the device so it respects our customer's data and privacy.

The Mac, we provided a peek at the immersive gaming in 3D and virtual reality experiences that is made possible with the upcoming release of macOS High Sierra and the amazingly powerful new iMac Pro. We're proud to make the best personal computers in the industry and are very excited to deliver even more innovation in the months to come.

We also previewed HomePod, a breakthrough wireless speaker for the home that delivers amazing audio quality and uses spatial awareness to sense its location in the room and adjusts the audio automatically.

Visitors to our listening room at WWDC were blown away by the HomePod's incredible sound which is unlike any other wireless home speaker on the market.

With deep knowledge of music, HomePod is designed to work with your Apple Music subscription to help you enjoy the music you already love as well as discover great new music based on personal preferences.

As an intelligent home assistant, HomePod is a great way to send messages, set a timer, get updates on news, sports and weather or control smart HomeKit devices by simply asking Siri to turn on the lights or close the shades.

We can't wait to deliver all of these powerful innovations in the months to come and we might even have some others to share with you during the year."

At the end of the day it was a knockout quarter. Earlier today Reuters had stated that Apple was likely to report another dip in China smartphone sales. In general, Apple's Tim Cook said that the iPhone 7 was up double digits over the iPhone 6 at this time, but didn't talk about China at all. So we'll have to wait for IDC to tell us exactly how Apple did for the quarter. More than likely they're still holding on fifth spot with the iPhone 7 being the number one premium smartphone in that market.

Cook danced around the PC market like a pro, with the reality that Apple's PC's didn't even make the top five vendor list for Europe, the Middle East and Africa. And as we noted earlier in the report, didn't fare well in the U.S. market.

Yet overall, Apple was strong on so many parts of their products and services for the quarter that it didn't matter. Considering that this quarter was a homerun and their iPhone 8 is on the way in weeks, Wall Street was really happy. After Apple released their numbers the stock AAPL jumped 5.28% and now at 5:45 pm PST it's up by 6.3%.

With that out of the way, Apple fans and shareholders are going to focus on the keynote at the new Steve Jobs Theater in September and watch history in the making.