Apple Announces their Curriculum for App Development with Swift now offered in more than 30 Colleges in the U.S. 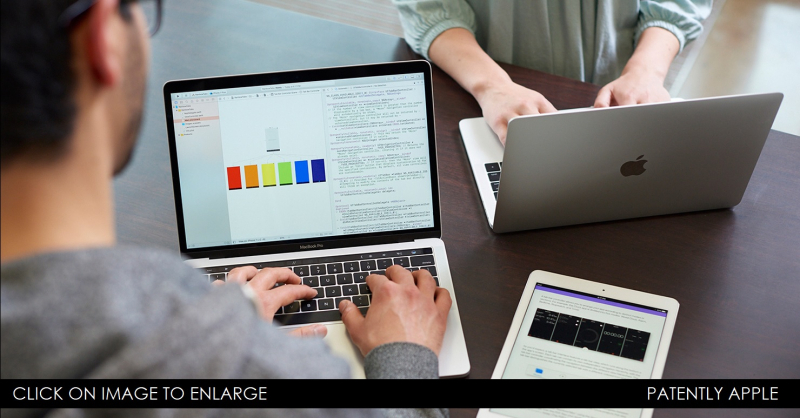 During Apple's last financial conference call at the top of the month, Apple's CEO stated that "We believe that coding is an essential skill that all students should learn. We're thrilled that over 1.2 million students of all ages are now using iPad and Swift Playgrounds to learn the fundamentals of coding and over 1,000 K12 schools across the United States plan to use Apple's Everyone can Code in their curricula this fall.

And for high school and community colleges students who want to pursue careers in the fast growing app economy we announced app development with Swift, an innovative full year curriculum designed by Apple engineers and educators and provided free to schools to teach students to code and design fully functional apps gaining critical job skills and software development and information technology."

Today Apple announced that their App Development with Swift curriculum will now be offered in more than 30 community college systems across the country in the 2017-2018 school year, providing opportunities to millions of students to build apps that will prepare them for careers in software development and information technology. The Austin Community College District (ACC), one of the nation's largest higher learning institutions, will begin offering the course to its 74,000 students this fall.

Created by engineers and educators at Apple, the full-year App Development with Swift course teaches students how to build apps using Swift, an open source programming language that emphasizes safety, performance and modern software design patterns. The course takes students with no programming experience and enables them to build fully-functional apps of their own design.

Apple's CEO Tim Cook: "We've seen firsthand how Apple's app ecosystem has transformed the global economy, creating entire new industries and supporting millions of jobs. We believe passionately that same opportunity should be extended to everyone, and community colleges have a powerful reach into communities where education becomes the great equalizer."

Serving one of the nation's fastest-growing metropolitan areas, ACC educates students across 11 campuses and eight counties. With more than 7,000 current job openings in tech fields, Austin's leaders have aligned on a workforce development plan that empowers residents to take advantage of these new business opportunities.

Austin Mayor Steve Adler: "We're thrilled to have Apple join our mission to make Austin more affordable for people who already live in the city. Apple is going to be a force multiplier in the community's ongoing efforts to lift 10,000 out of poverty and into good jobs over the next five years."

Alabama Governor Kay Ivey: "Through our 'Strong Start, Strong Finish' initiative, I have made it a priority to seek out computer science opportunities for all Alabama students. I fully support this partnership with Apple because of the advanced learning opportunities and real-world experiences it provides.""

Apple's commitment to economic and workforce development extends beyond the curriculum — Apple's app economy supports 1.5 million jobs in the United States. Last year, US software developers earned $5 billion through the App Store, a 40 percent increase over 2015. Since the App Store launched, Apple has paid out $16 billion to US developers, over one-quarter of total App Store earnings.