Patently Apple posted a report on Wednesday titled "Samsung's President of Mobile Communications has confirmed that a Smart Speaker is in fact coming to Market." We first reported on this possibility back in early July. Samsung had also been granted design patents for a possible future smart speaker that we covered in a previous report. Then yesterday a utility patent from Samsung came to light that revealed a new radical smart speaker system in detail. The system includes a master unit designed to communicate with a series of secondary units spread throughout the home. The interactive smart speaker includes a video projector that's in sync with its digital assistant called 'Bixby.' The system is designed in a certain way to resemble the head and face of a robot which enables the device to physically move when spoken to as well as redirect video responses or the playing of video content unto a nearby wall with its built-in projector.

Samsung's patent FIG. 6 illustrated below depicts an exemplary device with FIGS. 8A and 8B depicting the rotational range of the device's shelled-head. 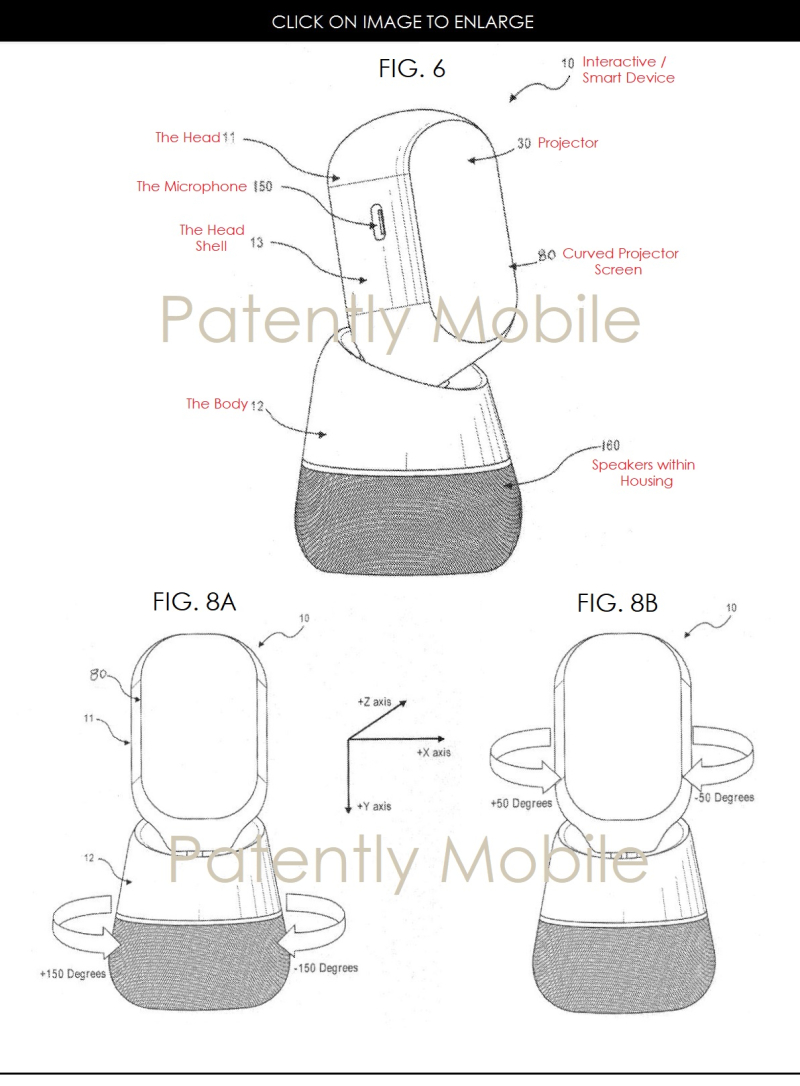 More specifically, Samsung notes that patent FIG. 6 depicts the exemplary interactive device #10 which is shown to include a head #11 and a body #12. The head includes a head shell #13 and the internal projector screen #80 that includes a user interface (UI).

Samsung notes in their patent filing that their multi-modal display device system configured to project visual content on a large surface or a small screen display. One set of projection system is used to display visual content (e.g., images, video) on different manners to satisfy user's need under various situations.