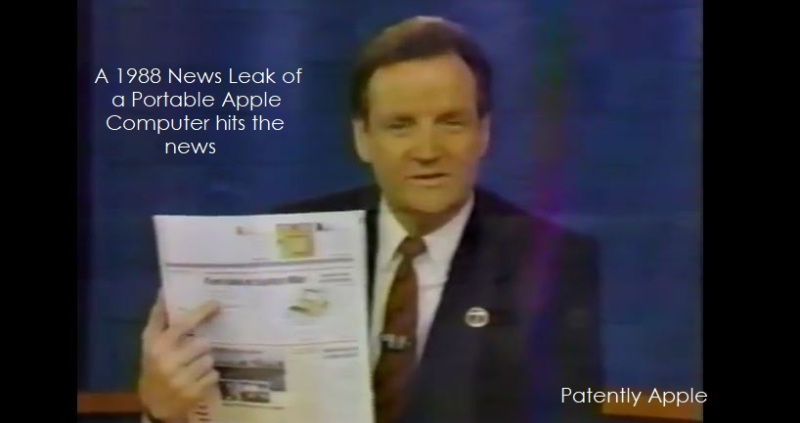 Back in June Patently Apple posted a report titled "Apple has begun a new War on Leakers telling Staff that When they Leak Information, they're letting Everyone Down." While company secrets about new and upcoming products have been leaked for what seems like forever, a rare interview with a leaker in 1988 surfaced today talking about Apple's first crack at a notebook. The leak was published in the one-time magazine called 'Macintosh Today' by publication director David Bunnel.

More on this story Here