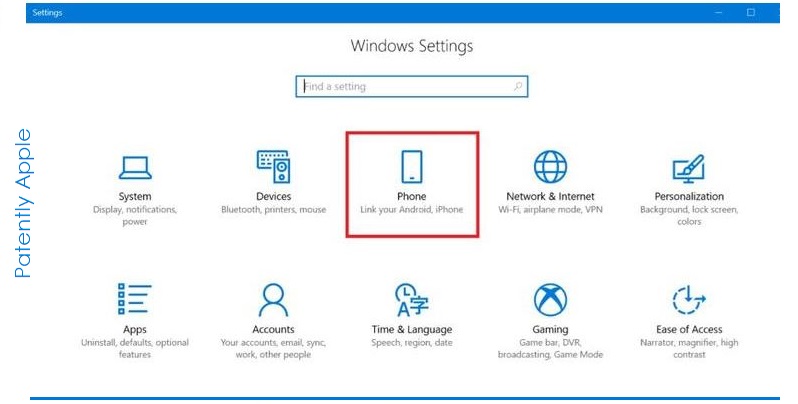 There are many Windows desktop fans around the globe who intelligently prefer Apple's iPhone over Android and Microsoft acknowledges that reality. So the update coming to Windows 10 this fall, the creators update, will offer a new 'Phone' feature in Windows Settings page that will cover iPhone as noted in graphic from Microsoft above.

Mary Jo Foley over at ZDNet reported last night that "Microsoft also added a feature that allows users to link their phones to PCs. Today's build currently provides this functionality for cross-device web-browsing only with Windows 10 PCs and Android phones. Microsoft officials said support for this with iPhones is "coming very soon."

This feature will allow users to browse the web on their phones and then natively share a selected website by selecting the "Continue on PC" option. Users can continue now or later."

Joe Belfiore, Corporate Vice President in the Operating Systems Group at Microsoft, added that more features for Android phones and the iPhone are in the works. While he didn't reveal the new features, continuum will likely allow users working on MS Word on their iPhone to continue their work on their PC when they get home or get back to their office. That feature may not make it to the fall update, but it's the direction of where this feature is headed over time. Just the basics of the 'Continue on PC' feature will make it to the fall update.