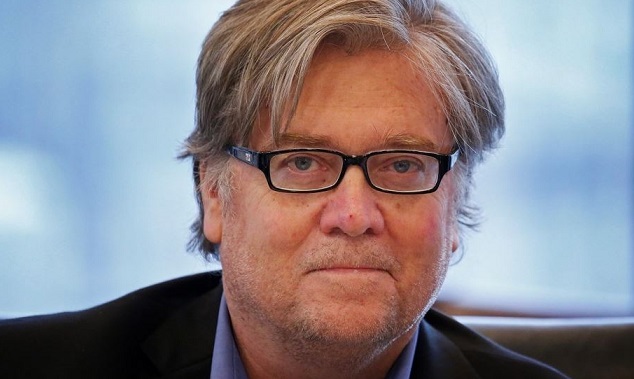 According to a new report published yesterday, White House Chief Strategist Steve Bannon is reportedly calling for regulation on tech giants such as Google and Facebook.

The Intercept reports that former Breitbart News Executive Chairman and current White House Chief Strategist Steve Bannon has called for tech companies such as Google and Facebook to be regulated in a similar way to public utilities as the influence and reach of these companies grows. The Intercept cited three anonymous sources that have reportedly discussed the issue of internet regulation and tech companies with Bannon.

Bannon reportedly stated that companies such as Google and Facebook have become so essential to the internet and to the everyday life of many U.S. citizens that they should be regulated as a natural monopoly. Bannon's position is becoming an increasingly popular one amongst tech experts. Jonathan Taplin, the author of Move Fast and Break Things: How Facebook, Google, and Amazon Cornered Culture and Undermined Democracy, recently claimed that tech companies like Google and Facebook have become too big and may need to be broken up.

The intercept further noted that "Regulating a company as a utility does not mean that the government controls it, but rather that it is much more tightly regulated in what it is able to do and prices it is able to charge. And it doesn't mean every element of the company would be regulated in that way. For Google — which now calls itself Alphabet and has already conveniently broken itself up into discrete elements — it may only be the search function that would be regulated like a utility.

Under the Obama administration, the Federal Communications Commission moved forward on a plan to regulate internet service providers as utilities, barring them from slowing down traffic to a site in order to pressure it into paying higher fees. The Trump administration is pushing to reverse that move, which complicates Bannon's message.