While 3D Facial Recognition is coming to the iPhone, a System for Macs will also include Presence Technology

By now most know that advanced 3D Facial Recognition is coming to Apple's high-end iPhone launching in September. Once Apple has successfully delivered this next-gen feature, Apple is likely to bring it over to the Mac and today's patent is all about just that. Apple has been working on both facial and presence recognition for some time now. In a new patent application published by the U.S. Patent Office today, we learn that Apple is working on a sophisticated system that combines both features and much more for future Macs. In fact, the proposed system introduces a security method for Macs that combines presence, face detection routines and motion detection to determine authentication of the user to first login to their system and to wake it up from sleep. Apple further notes that "The fusion and detection logic may include the use of neural networks, support vector machines, and/or some other form of probabilistic machine learning based algorithm to arrive at a determination of whether a user is present."

Many computing devices are equipped with power saving features/modes intended to reduce power consumption when a user is not using the devices. Often, these power saving features are implemented though timers that count down a set amount of time from when the user last provides an input to the device. For example, a particular device may be configured to enter a sleep mode, or other mode that consumes less power than a fully operational mode, when a user has not provided input for five minutes.

The fusion and detection logic may include the use of neural networks, support vector machines, and/or some other form of probabilistic machine learning based algorithm to arrive at a determination of whether a user is present. 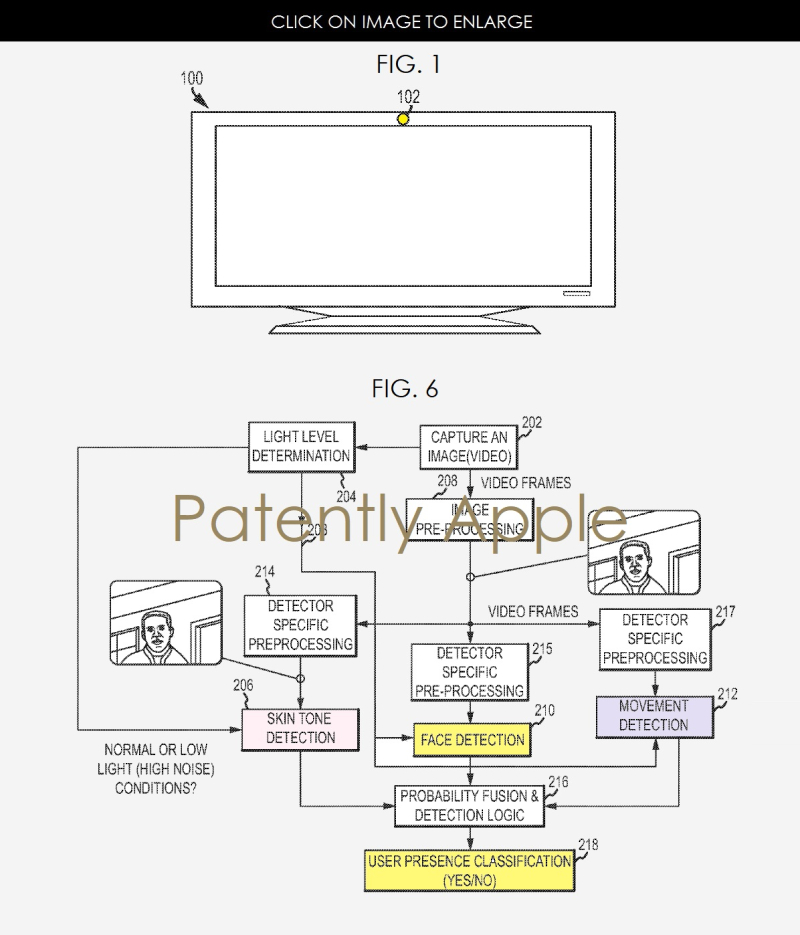 In Apple's patent FIG. 10 below we're able to see possible sets of windows into which the images may be divided for single frame motion detection. Specifically, FIG. 10 shows single frames divided into both non-overlapping windows and concentric windows for statistical purposes. In each case, the luminace of the images (frames at the top of page) and intensity gradient magnitude of the images (frames at the bottom of the page) are considered. For example, an image #300 may be divided into multiple non-overlapping exposure statistics windows #302. Alternatively, the image #300 may be divided into multiple concentric overlapping exposure statistics windows #304. The statistics for each window may be determined based on a luminance image (as in image 300) or based on an intensity gradient magnitude image # 306. The use of windows provides more robust capture of motion when computing sums of the gradient magnitude. 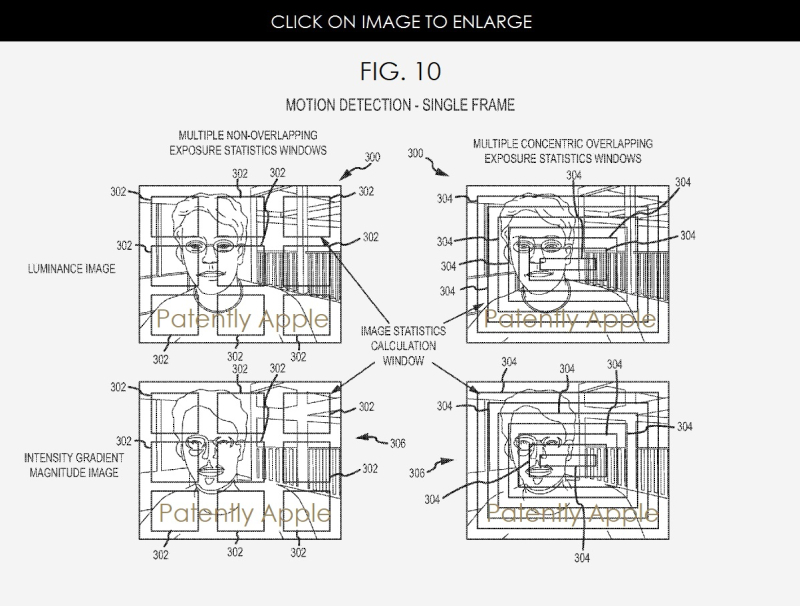 Apple's patent application 20170193282 was filed back in February 2017. For more details about this invention, click here. Considering that this is a patent application, the timing of such a product to market is unknown at this time.