Three Big, Big, Big U.S. Apple Plants are on the Drawing Board 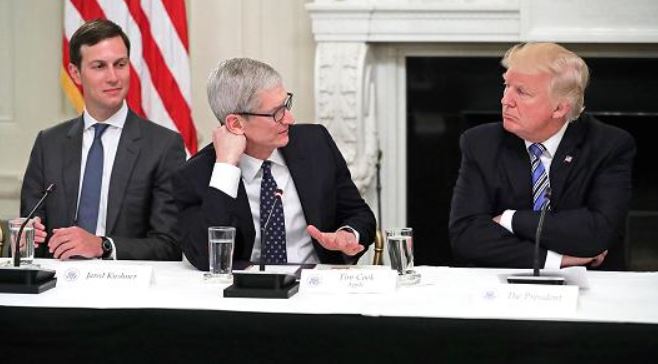 It's being reported by the Wall Street Journal that President Donald Trump told them that Apple is moving forward with three big U.S. factories in an interview published Today. Apple CEO Tim Cook called Trump to share that the iPhone-maker would do more manufacturing domestically, Trump told the Journal. "I spoke to [Mr. Cook], he's promised me three big plants -- big, big, big," Trump reportedly said.

Apple has already said that it would start a $1 billion fund to promote advanced manufacturing jobs in the United States. The company was not immediately available to comment on the report and did not comment to The Wall Street Journal (WSJ).

Without details about the natue of Apple's three-plant plan, it's difficult to interpret what President Trump was trying to convey in the WSJ interview. Are the plants in tune with the multiple plants that Foxconn is about to announce or completely new Apple-centric plants? Nice appetizer but as the old Wendy's ad used to say: Where's the beef?