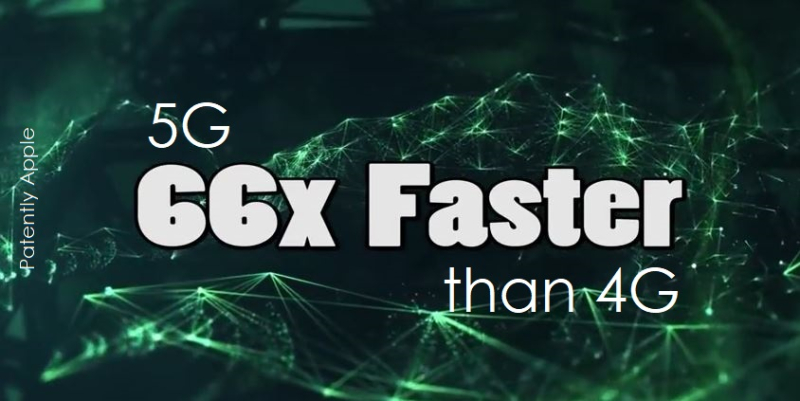 In late May Patently Apple posted a report titled "Apple Seeks License from FCC Covering new Wireless Millimeter Wave Technology Found in a Recent Patent Filing." The U.S. Patent Office revealed yet another Apple patent in June covering Millimeter Wave Technology being used in a next-gen wireless charging iPhone case. More importantly, 5G will advance augmented reality, a new area that Apple is quickly moving into. It will allow autonomous vehicles to make faster time critical decisions and make FaceTime conferences appear as if you and your contacts are in the same room.

Today we're learning that "The FCC just approved the company's application for an experimental license to test millimeter wave technology in two locations near the company's offices in Milpitas, California. The application makes particular reference to using the 28 and 39 GHz bands, which the FCC approved for commercial use for 5G services last year."

DSLReports further notes in their report that "Apple joins a growing roster of companies testing millimeter wave broadband including Starry, Google, Facebook, and most major cellular carriers. Because millimeter wave (mmWave) transmits at higher frequencies and a smaller wavelength of between 30 GHz and 300 GHz, it's capable of reducing latency and notably expanding data transmission capacity. There are, however, still line of sight issue with mmWave that hardware vendors are working to minimize."

A Quick Overview of the Benefits of 5G Networks