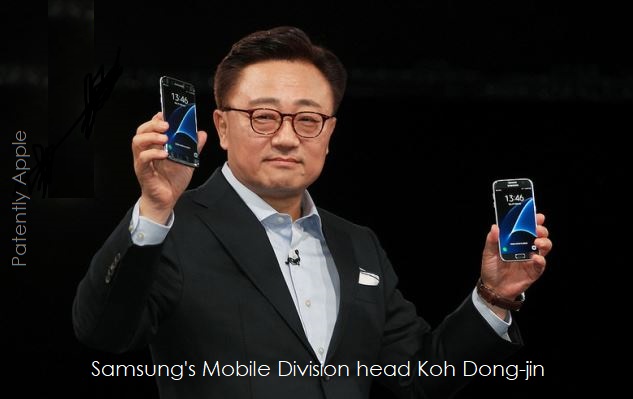 The launch date of Samsung's Note 8 have been rumored to be sometime in late August and the head of Samsung's mobile division Koh Dong-jin confirmed with their partners while attending a media event in Taiwan on Friday that the event in New York is scheduled for August 23. He was also quoted by local news outlets as saying that the phone will hit shelves overseas, including the US, and UK in September, followed by an October release in other nations.

The Note 8 is anticipated to feature a dual-lens rear-facing camera, an iris scanner, and a 6.3-inch OLED display with an '18.5:9 aspect ratio' which the Verge thought was bizarre. Samsung decided to shift from iris scanning to full pledged facial recognition for the S8 and will likely forward that to the Note 8, contrary to today's Korean report.

Like the Galaxy S8 and S8 Plus, a fingerprint scanner will be placed on the back of the device.

Samsung is also expected to introduce an updated version of its first artificial intelligence assistant Bixby. The software, rivaling Apple's Siri and Amazon's Alexa, is available only in Korean now, but the new version will likely support more languages, including English and Chinese.

However, a secondary Korean report published this morning contradicts the claim of Bixby being available in Chinese in time for the Note 8 launch due to being unable to satisfy China's new cyber security laws.

The report noted that "Adding to the pressure is the revised cybersecurity laws that limits data transfer out of country. Under the law, all the data generated within the country should be stored in domestic servers.

A Samsung software developer told Chosun Biz on condition of anonymity stated that "We are still tacking the data transfer issue under the revised laws in China. With diplomatic tensions escalating between Korea and China, no progress has been made for now."

Chosun Biz said Samsung is also likely to set up a data center in China, a crucial market where the world's largest smartphone maker has suffered sluggish sales in recent years. The report said building its own data center could be discussed when the development of Chinese Bixby is completed soon.

In the meantime, Samsung's upcoming Note 8 that is expected to be unveiled at a separate launch event on Aug. 23 in New York is also rumored to come with the Korean version Bixby only. Samsung is offering the English version to select Galaxy S8 users for the beta test that is still underway.

Patently Apple posted a report last week titled "Apple to Comply with China's Cyber Security Law by Partnering with 'Guizhou-Cloud' to Set Up new Data Center," which is clearly well ahead of Samsung's efforts.