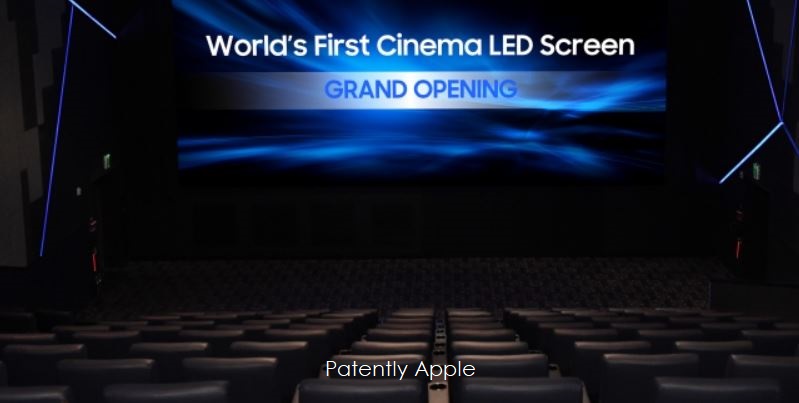 Samsung Electronics and Harman introduced a paradigm shift in the movie industry yesterday by replacing Cinema projects that have been with us for 120 years with new LED screens. Samsung has set an ambitious plan to replace 10% of all movie theaters in the world with LED screens by 2020.

Samsung Electronics along with Lotte Cinema introduced a movie theater called 'Super S', which is installed with 'Cinema LED', for the first time at Jamsil World Tower Branch on the 13th. Cinema LED directly shows movies on LED screens just like TV screens.

"Based on Samsung's technical skills in displays, we have commercialized world's first 'Cinema LED' screen that doesn't require a projector." said Department Head (President) Kim Hyun-seok of Samsung Electronics Video Display Business Department. "Samsung Electronics is standing at the center of a screen that has caused important changes in a movie history."

Cinema LED supports 4K (4096x2160) resolution and has overcome limitations of projectors. It boasts brightness that is 10 times brighter than current projectors. It also allows one to watch a movie in a brighter space.

Besides movies, it can also be used for variety of events such as competitions for games. Because it is applied with HDR (High Dynamic Range) technology, it allows one to enjoy HDR contents that have much better light to shade ratio.

It is also the first movie equipment excluding projectors to obtain digital cinema standard called 'DCI (Digital Cinema Initiatives)' certification and it can provide 100% color representation. Width and length of Cinema LED that is installed at Lotte Cinema is 10 meters and 5.4 meters respectively and it is the same size as a screen that is installed at movie theaters in the world.

After acquiring Harman, Samsung Electronics has been continuously working with Harman in order to develop Cinema LED. Unlike how one is able to hear sound clearly at the center of current movie theaters, Harman's audio technology allows one to hear vivid sound wherever they sit in a theater. Harman's JBL speakers are installed to Cinema LED and they were tuned directly by Harman's audio experts

According to Samsung Electronics, it is currently pushing for business cooperation in order to open movie theaters with Cinema LED in the U.S., China, Europe, and South-East Asia.

Lotte Cinema's CEO stated that "Super S is a new paradigm for movie screening. We are going to provide better settings for watching movies and variety of new contents by actively working with Samsung continuously and applying more advanced technical skills to movie industries."