Home Archives Contact Us Subscribe Twitter MeWe Facebook Patently Mobile
KGI Analyst publicizes his Latest Round of iPhone Predictions
Advanced 3D Facial Recognition for Secure Authentication is a no brainer, but it Replacing Touch ID Completely is still in Question 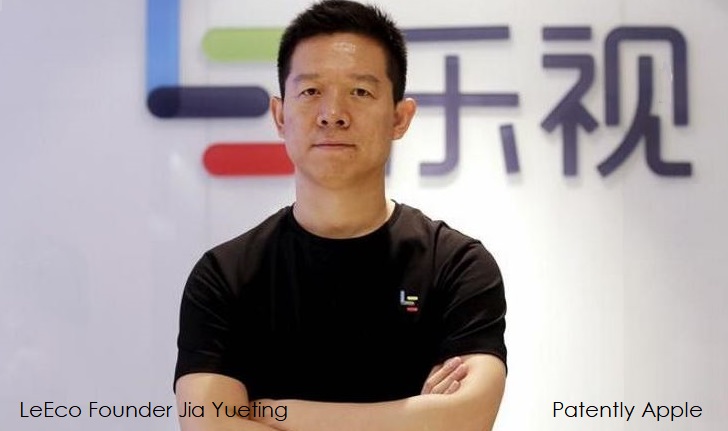 In May Patently Apple posted a report titled "Brash CEO of LeEco who Likened Apple to Hitler Steps Down as CEO and out of the Limelight." In April 2016 this brash CEO Jia Yueting also confidently stated on CNBC that Apple was simply an outdated company. Since then LeEco has been in a death spirial while Apple has been raking in corporate billions quarter in and quarter out. Today we're learning that this brash former-CEO also got the boot as the company's 'legal representative." Translation: Jia Yueting no longer has the legal power to represent or act on the company's behalf, including legally binding contracts. Jia's elder sister Yuefang was also replaced as manager of the company by LeEco's chairman Wu Meng to ensure she couldn't act on Jia's demands or wishes. It's clear that the banks no longer have confidence in the company's founder.

In May, Jia stepped down as chief executive of LeEco's Shenzhen-listed arm, Leshi Internet Information & Technology, and was replaced by Leshi vice president Liang Jun. Jia however remained chairman of LeEco.

Last week, Jia admitted at Leshi's annual shareholder meeting that LeEco was still facing cash flow problems, despite a 16.8 billion yuan (US$2.47 billion) investment from real estate developer Sunac China Holdings and other investors at the beginning of the year.

He said that the financial problems were "more severe than we expected" and added that the situation in recent months is worse than last year.

In the end, Jia Yueting proved to be just another young know-it-all CEO with more mouth than brains.