With Apple supporting HTC's VIVE on the high-end and Microsoft partners HP, Lenovo, Asus, Dell and Acer announcing support for HoloLens technology with headsets at the low-end at $299 for this Christmas, Facebook sees the walls closing in on them. Today we learn that the harsh reality for Facebook-owned Oculus is that sales of its premium Rift virtual reality headsets have not taken off. Will a second price drop for the Rift in just over four months make a difference? In early March Oculus lowered the Rift-Touch combination from $798 to $598.

On Monday, Oculus announced this latest drop as a six-week 'Summer of Rift' promotion in which the combined price of Rift headgear and its optional Touch hand controllers falls to $399, down from the previous combined price of $598. Oculus vice president of content Jason Rubin says Oculus is trying to "prime the pump and make sure there's plenty of people coming to VR."

"It doesn't appear the (initial) Rift price drop has made a big difference, but the first half of the year tends to be pretty slow in gaming at least," says Lewis Ward, IDC's research director, for gaming and VR/AR.

According to "preliminary" worldwide data from IDC, consumers have bought about 520,000 Rifts through the first half 2017, compared to 1.6 million units for the rival Sony's PlayStation VR system and 770,000 for the HTC Vive system.

USA Today noted in their report that "Gamers are expected to drive virtual reality sales for the foreseeable future. Market researcher SuperData Research says gaming will account for 48% of the $1 billion virtual consumer software revenue market in 2017, with location-based software accounting for 23%.

In 2020, when SuperData Research says the overall virtual software market will grow to $16.1 billion, games will account for about 28% of the market, followed by video content at 20% and social media content at notes17%." The chart below is from one of SuperData's special reports on the VR market. 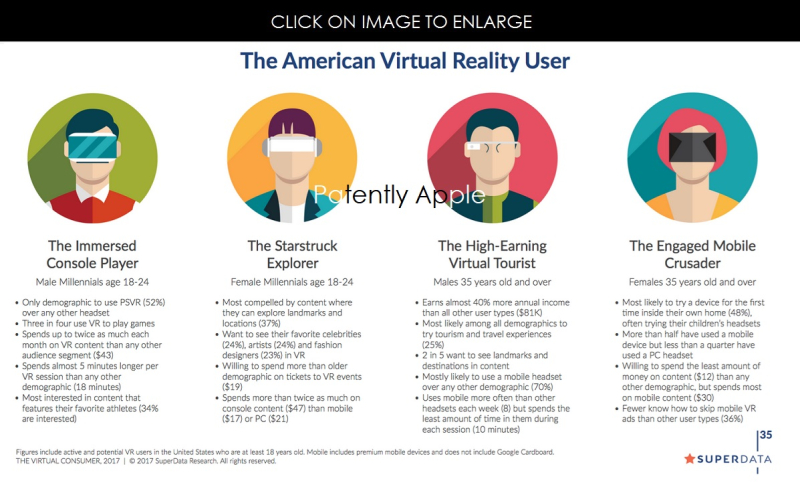