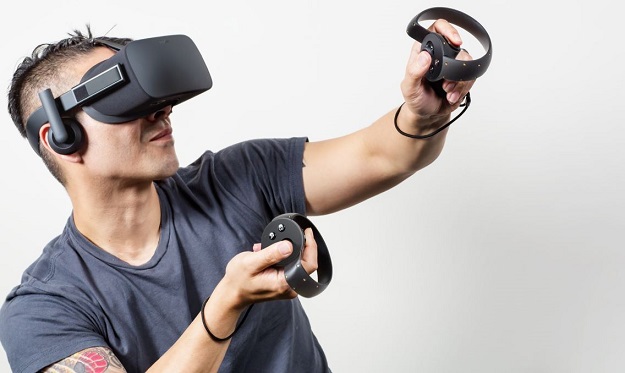 On Monday Patently Apple posted a report titled "Facebook's Oculus Slashes Headset Prices in 'Summer of Rift' Promotion that many see as a Panic Sale." We noted in the report that with Apple supporting HTC's VIVE on the high-end and Microsoft partners HP, Lenovo, Asus, Dell and Acer announcing support for HoloLens technology with headsets at the low-end at $299 for this Christmas, Facebook sees the walls closing in on them. This panic that I described has quickly been proven out in a new report posted today by Bloomberg.

The sale price of the 'Summer of Rift" promotion of $398 will not only be permanent by 2018, it may even fall to the $200 range. Microsoft has the Xbox and the gaming developers on its side, so the Oculus has just lost its thought-to-be edge. And Sony's VR headset which isn't cheap is outselling Oculus. Once again, Sony has the developers already on the PS4. Thus far Facebook is losing on this front.

A new Bloomberg report today predicts that Facebook plans to unveil a $200 Wireless Oculus VR headset for 2018. The device will work without being tethered to a smartphone or PC and that at that new price point popularize the Rift like Apple did the iPhone.

Like current Oculus products, the new headset will be geared toward immersive gaming, watching video and social networking, said the people who asked not to be named to discuss a private matter. Code-named "Pacific," the device resembles a more compact version of the Rift and will be lighter than Samsung's Gear VR headset, one of the people said.

The device's design and features aren't finalized and could still change, but the idea is that someone will be able to pull the headset out of their bag and watch movies on a flight just the way you can now with a phone or tablet. 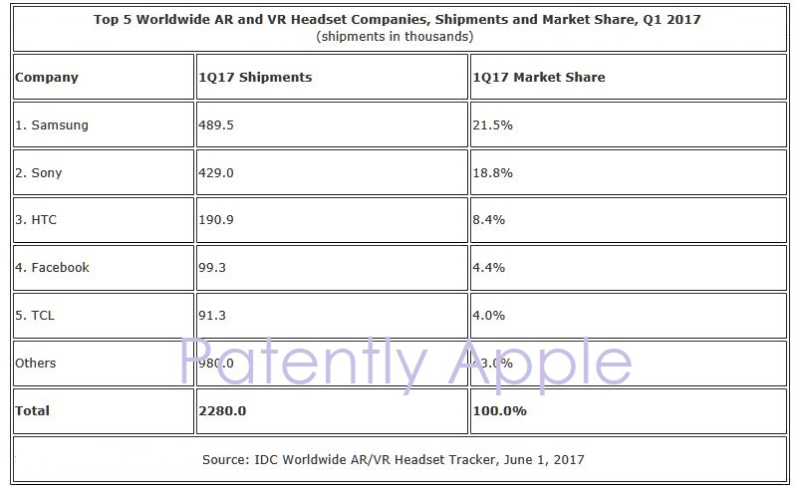 IDC's latest report on Worldwide AR and VR headset shipments has Samsung in the lead with the cheapo Gear VR. I'm sure half of the 'shipments' were promotional giveaways in contrast to Sony's stats which are probably pure sales. HTC is third and ahead of Facebook's Oculus which is a disaster for Facebook who had the early lead and squandered it.

Bloomberg further noted in their report that "Oculus has plans to enlist China's Xiaomi and its network of contract manufacturers to produce the new headset for global distribution, people familiar with the arrangement said. The device will feature Oculus branding around the world, except a custom version for China will feature Xiaomi branding and run some Xiaomi software applications, the people said. Hugo Barra, recently put in charge of Oculus's VR products, was previously a Xiaomi executive.

The company plans to begin briefing content makers, such as video game designers, on the device by October so that the product's application store could launch with compatible games, one of the people said. The downloads store will be re-written and accessible from the virtual reality interface itself, this person said."

Missing the holiday season will allow all competitors to get the leap on them and Apple will be storming the market with Augmented Reality and likely be the number one AR platform in the world by 2018.

And one more thing – don't count Apple out of the headset race just yet considering that they could easily introduce a simple iPhone 8 headset accessory this year to dramatically enhance users AR experience.

Apple has described headsets, smartglasses and 3D spectacles in recent trademark filings for their ARKit logo and their updated iCloud figurative logo. So while an exotic headset or smartglasses could be further down the road, a simple Gear VR-like device isn't a difficult leap for Apple considering that their headset patents predate all of the popular headsets out today, as in 2010. If that happens, Facebook will be spinning its wheels unless they have a killer app in the wings.

Boy is the September iPhone Keynote going to be exciting with possibilities. For now, Facebook is in panic mode and for good reason.