Home Archives Contact Us Subscribe Twitter Facebook MeWe Patently Mobile
While the High-End Anniversary iPhone Model will Offer a leap in Features, the Price will be a Tough Sell outside the U.S.
Foxconn to Produce 95% of Apple's Anniversary iPhone that will begin mass production sometime in November 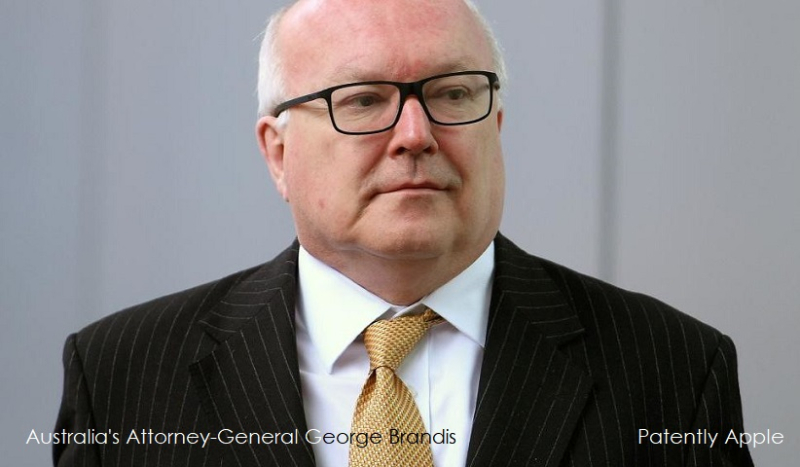 On Friday Patently Apple posted a report titled "Australia proposed new Laws Compelling Companies like Facebook & Apple to Provide Access to Encrypted Messages." The report noted that the new measures will be the first in an expected wave of global legislation as pressure mounts on technology companies to provide such access after several terror suspects used encrypted applications ahead of attacks. Australia's proposal will require device manufacturers and technology companies to help its law enforcement agencies intercept and read messages sent by suspects.'" The report specifically highlighted Apple and Facebook as high tech companies the new laws would affect if the new law passes. Today we learn from The Australian publication that Australian authorities will be meeting with Apple representatives this coming week.

According to a new report by The Australian, "Attorney-General George Brandis says he will hold talks with tech giant Apple this week in a bid to get co-operation on the Turnbull government's proposed laws compelling tech companies to give police and intelligence agencies access to encrypted information messages from suspected terrorists and criminals.

The meeting comes after Prime Minister Malcolm Turnbull on Friday responded to claims from companies including Facebook and Apple that the proposed legislation would be impossible to implement with the bizarre claim that the laws of Australia trump the laws of mathematical encryption.

The tech companies argue that the nature of end-to-end encryption is such that only the sender and receiver of a message are capable of decrypting it. They say any weakening of the encryption technology would weaken security for all users, and argue that even if they co-operate, governments globally will be powerless to stop criminals and people in other jurisdictions from creating their own encryption technology.

Senator Brandis said he did not want to pre-empt any discussions he may have with tech companies because the government remains hopeful they will co-operate."

Senator Brandis told Sky News "I'm, for example, seeing Apple this coming week and I want these discussions to be as constructive and as cooperative as they can possibly be because as I said a moment ago, our first preference is voluntary co-operation. So for that reason I'm not going to essay a critique of the companies at this early point in the discussions.'

Senator Brandis said the new laws would involve coercive powers to compel social media companies to co-operate, and would be based on the UK's Investigatory Powers Act, introduced last year, which enables law enforcement agencies to issue a warrant-like technical capability notice requiring companies to assist them in accessing communications.

He went on to state that "The point I'm at pains to make is that this is not a new kind of legal obligation. All we are doing is trying to make sure the law stays abreast of developments in technology. There are already in Australian law, under the Telecommunications Act and under the Crimes Act, obligations to provide assistance, but they are dated.

Additionally, Brandis stated that "If terrorists increasingly use in particular encrypted messaging apps that are inaccessible to intelligence or to law enforcement authorities, then our capacity to surveil their communications, our capacity in the event for example a terrorist incident occurs, to prosecute them, will be lost. 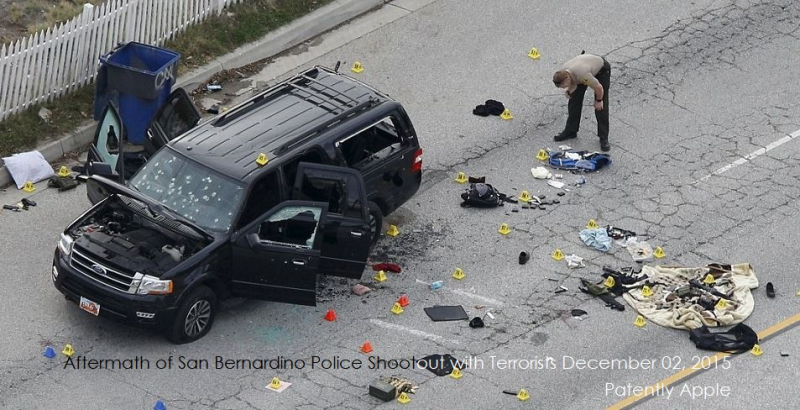 We saw that last year in San Bernardino when Apple refused to co-operate with the FBI in breaking open a phone. We know that terrorists planning mass causality attacks on Australian soil have resorted to, and routinely do resort to this technology." For more on this, read the full report from The Australian here.

Considering that the Five Eyes Network just recently met in the Capital in Canada at the end of June to discuss all matters regarding decryption, cyber security, recent leaks of information (in the US) and more, the Australian government's swift action tells us that the meeting of all of the countries involved aim to crack down hard on terrorism and criminal activities that extend to the web. The recent move by Australia therefore is likely only the first of many that will be challenging tech companies this year.