Home Archives Contact Us Subscribe Twitter MeWe Patently Mobile
Apple Instills into Indian Developers to Think Local, Stay Current and Aim for Excellence
While the High-End Anniversary iPhone Model will Offer a leap in Features, the Price will be a Tough Sell outside the U.S.

Alan Dye is Apple's vice president of User Interface Design. In 2012 Alan joined Jonathan Ive's team to lead the User Interface group responsible for the design of iOS 7, iOS 8 and watchOS. Dye spoke in Richmond on Tuesday at the Science Museum of Virginia as part of the celebration of the Virginia Commission of the Arts' 50th anniversary. The evening was meant to recognize the intersection of art and technology, and was held at the museum in part because it is currently hosting its Da Vinci Alive exhibit.

Leonardo da Vinci was a master at combining innovation and art. He may be best known for his Mona Lisa painting, but he had a multitude of inventions - like flying machines - that he scribbled in notebooks.

While visiting the science museum, Dye walked through the Da Vinci Alive exhibit. He said he was struck by the fact that da Vinci created his flying machines and other inventions when there was basically no chance they could be created, reports the Richmond Times-Dispatch. As a side note, Patently Apple's logo is connected to Da Vinci's Vitruvan Man drawing.

Governor McAuliffe said during the event that 'We've got to open up people's mind, we've got to get cognitive reasoning going on, we've got to deal with the STEM (Science, technology, engineering and mathematics) courses - it's critical,'.

'The arts is a huge part of that because it does open up the mind, you've got to have a whole intellectual experience, but we have to get curiosity, and this Da Vinci Alive, certainly - it makes all of us look like failures,' he continued. 'You've just got to get up and do something after having just walked through it.'

For Dye, technology and creativity marry best when a design appears seamless. 'What we really love is when we make a product or an experience and it works in such a way that you just imagine that there's no other way that it could have worked, and that the solution we've come up with is just inevitable. Hopefully not only does it look easy and it works, but it also doesn't feel as if a 'designer' has been involved.' To achieve that at Apple, he said creativity is key.

He stipulated that Apple's workplace isn't the type with bean bag chairs and rooms filled with Lego blocks. Rather, the open environment encourages collaboration and dialogue. 'We try and create a space where people can feed off one another," Dye said. "There's something about the culture that helps to incite ideas. And sometimes the best ideas come from the folks who aren't necessarily working on that project."" For more on this read the full report here. 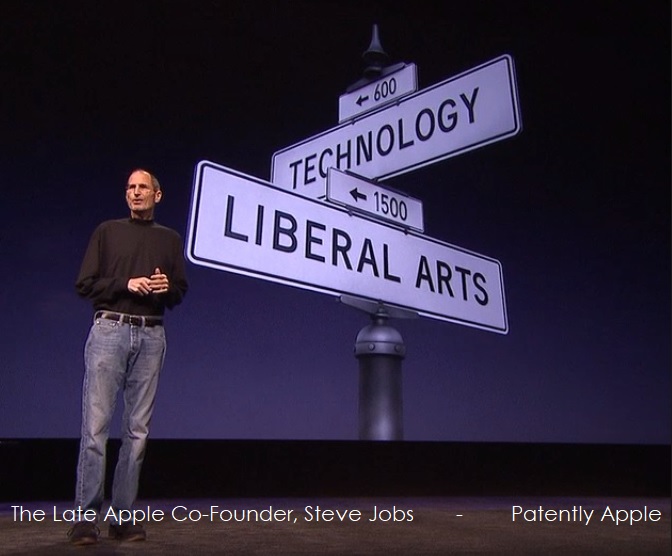 On March 3, 2011, Steve Jobs noted during a keynote that "Technology alone is not enough. It's technology married with the liberal arts, married with the humanities, that yields us the results that make our hearts sing."

So it was more than appropriate that an Apple VP was asked to speak at the event in Virginia this week with a theme that was at the heart of Apple's philosophy from the beginning.