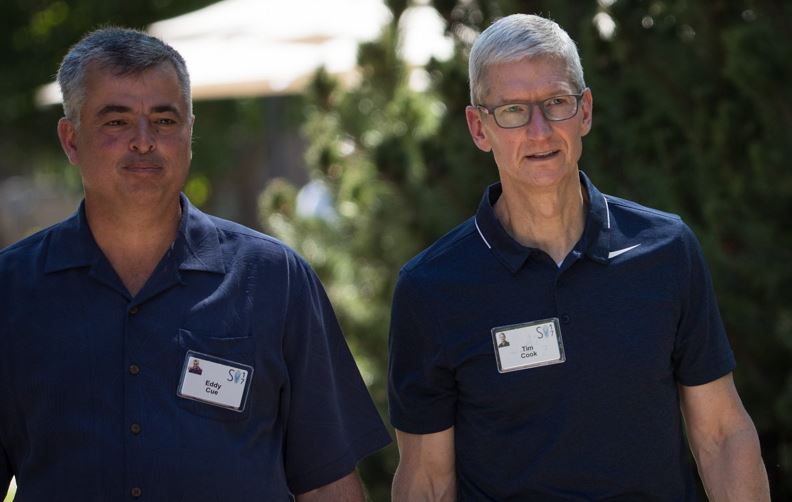 The Allen & Company Sun Valley Conference is an annual media finance conference hosted and wholly independently funded by private investment firm Allen & Company. The conference has taken place in Sun Valley, Idaho for one week each July since 1983. The conference typically features business leaders, political figures, and major figures in the philanthropic and cultural spheres. The 33rd annual event brought some of the wealthiest and most powerful people from around the world to Sun Valley once again and our cover graphic shows that Apple's CEO Tim Cook and SVP of internet software and services Eddy Cue arriving as Men in Blue. You could check out 18 other photos showing some high profile attendees here.

With guests such as Miramax co-founder Harvey Weinstein and CEO of Warner Brothers Entertainment Kevin Tsujihara, perhaps Apple will be hoping to find more content or partnerships for their upcoming TV subscription service. To date Apple has yet to score any deals from this meeting.