The U.S. Patent and Trademark Office officially published a series of 43 newly granted patents for Apple Inc. today. One patent that stands out in this group is granted patent 9,699,546 which marks Apple's third patent win regarding future AirPods with biometric sensors built-in this year alone. Our cover graphic is from that patent and you could review more in our March 16 report here. Apple was also granted a few key design patents covering the iPhone 6 and Beats headphones. And as always, we wrap up this week's granted patent report with our traditional listing of the remaining granted patents that were issued to Apple today. 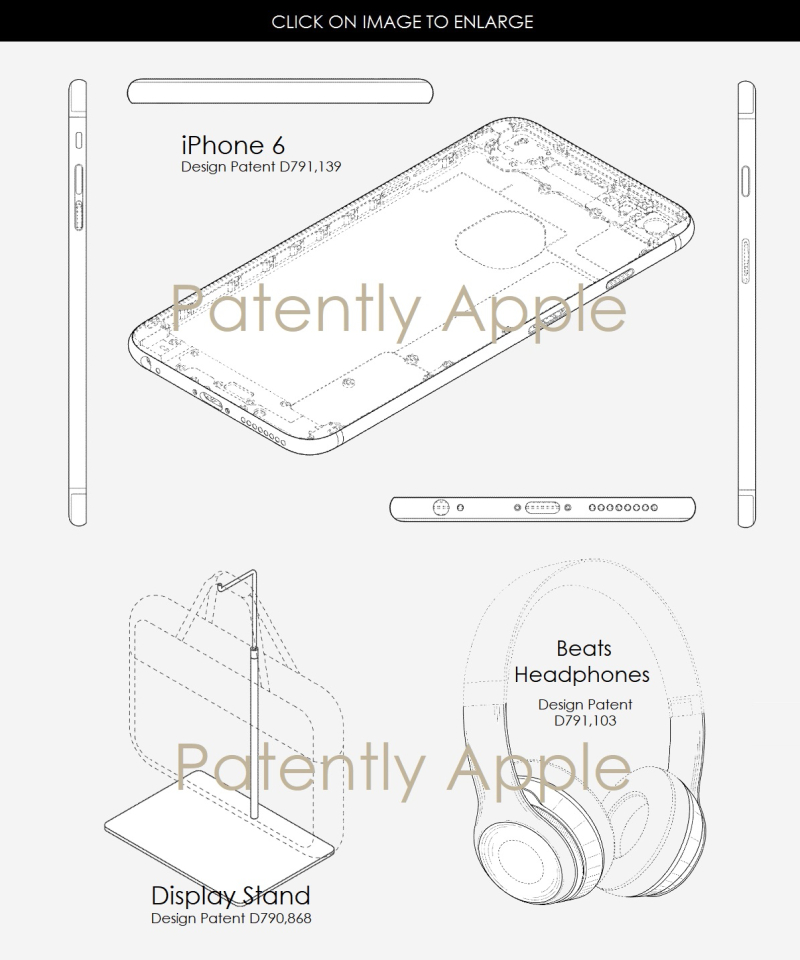 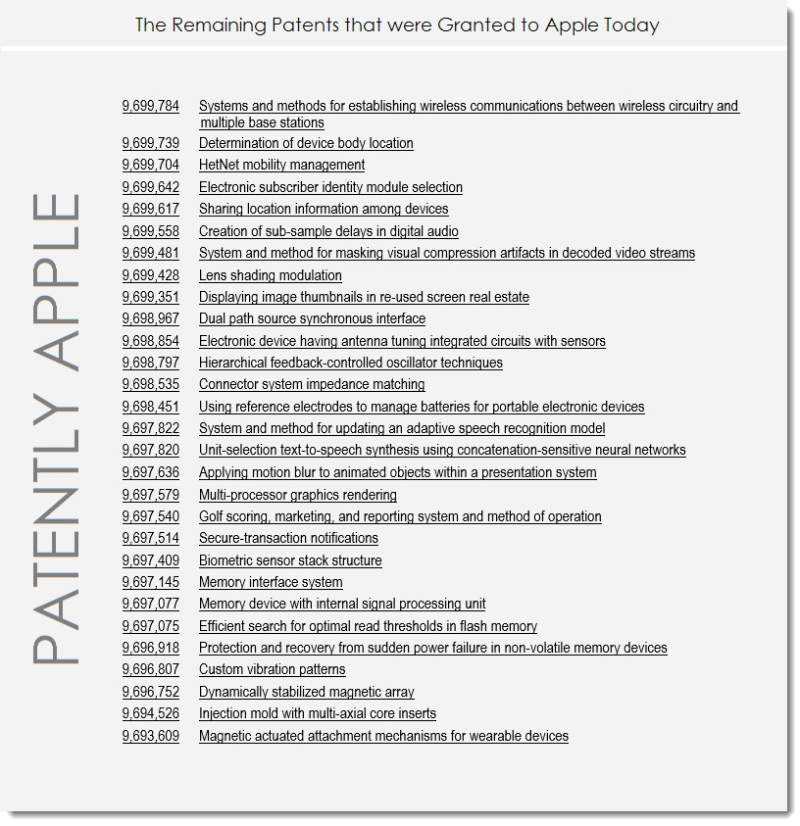 In February 2015 Patently Apple posted a report titled "Apple Electric Car, Inc. showed up in Today's Granted Patents." The patent was listed amongst Apple's granted patents back in 2015 and did so again today under granted patent 9,697,540 titled "Golf scoring, marketing, and reporting system and method of operation." 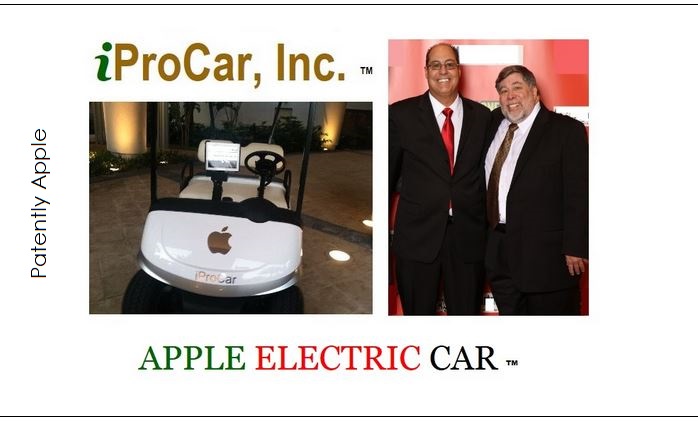 It was a bizarre story because as you can see in the photo above, the Woz took his picture with the inventor. The golf cart clearly has a nice gold Apple logo and appears to be using an iPad to keep scores etc.

The inventor was even able to get the trademark iProCar without Apple dragging them into court. Was the Woz taking a general photo with a fan at a trade show and this inventor used it to show a link between Apple and his Apple branded golf cart? It was a strange story back in 2015 as it is again today.

While golfers around the globe may be hoping for a classy autonomous golf cart from Apple, I don't think this is what Apple has in mind for Project Titan. Yet now that it's been revealed, expect copycat Samsung to have a clone ready by next spring. Stay tuned.