In Q1 Patently Apple reported that Apple came in fourth spot in PC shipments narrowly beating out Asus and a new IDC report published this afternoon shows that nothing has changed for Apple in Q2 despite launching updated Macs in early June. All three U.S. PC companies, HP, Dell and Apple showed growth for the quarter while Lenovo and Asus fell into negative territory as our chart below proves out. 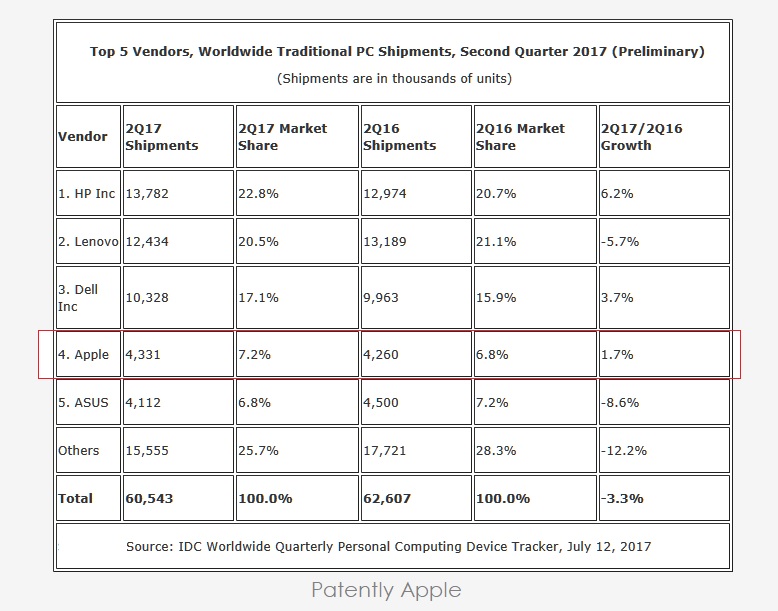 For more details see the full IDC report here. Click on either chart to enlarge the image.

PC Shipments in U.S. Only

Below is a chart published by Gartner today showing PC shipments for Q2 in the U.S. only. While Apple remains in fourth spot, they show a wider gap with Asus. 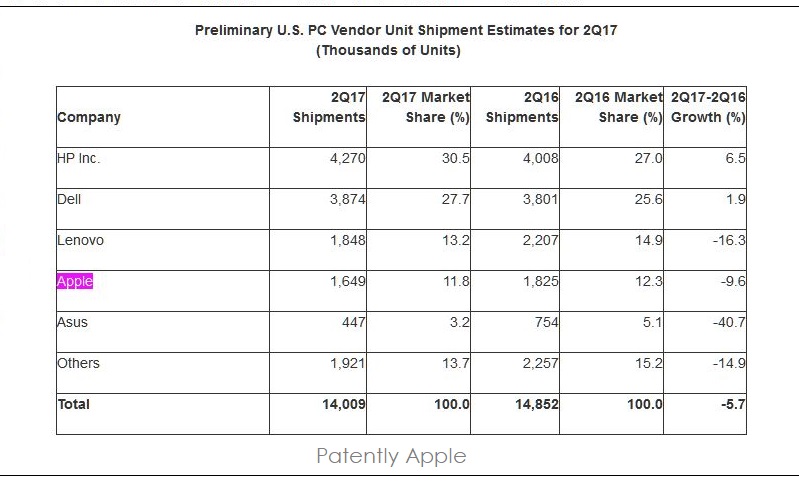 It should be noted that the IDC stats don't include any kind of tablet in their statistics in contrast with Gartner who states that "Data includes desk-based PCs, notebook PCs and ultramobile premiums (such as Microsoft Surface), but not Chromebooks or iPads."

Gartner's data philosophy clearly handicapped Apple. If Gartner would have fairly added the iPad and/or iPad Pro to the stats as with others selling tablets, shipments would have allowed Apple to soar past Lenovo in third spot if not Dell holding second spot.