China's mobile payments market is worth almost $6 trillion, and Apple wants a bite of that by promoting Apple Pay for the week July 18 to July 24. Apple's home page in China describes the discounts up to 50% on certain brands and special reward points that run 50 times the usual points for designated credit cards.

Apple notes on their Chinese website: "Use the following bank's credit card to pay for the Apple Pay and 5 times times the credits." Down towards the bottom of Apple's homepage they tell customers to click on one of the six bank logos behind the promotion for more details. One example of a bank promotion is noted below. 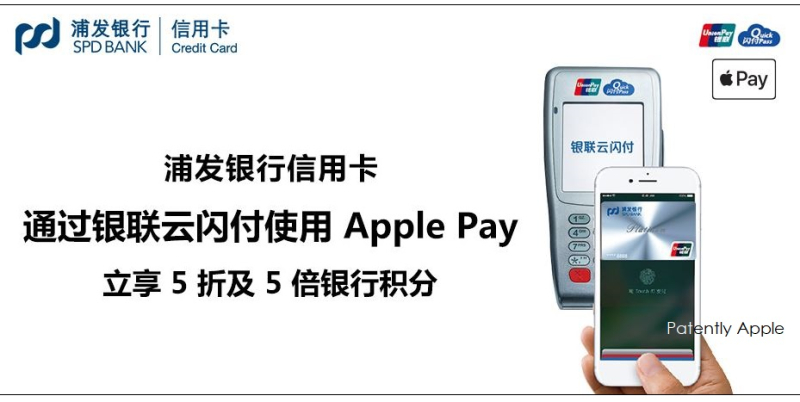 Another 11 banks are offering 50 times times their standard bank points if customers use Apple Pay. Apple also lists the stores participating and there's a large variety of Chinese and American brands such as Pizza Hot, Starbucks, 7 eleven, Burger King, Carrefour, the Gap, Haagen-Dazs. Apple also lists 16 online stores in China participating in the promotion. For more on this, see Apple's China website on this promotion here.

Zoey Chong of C/NET interestingly notes in her report today that "China is a tough market to break into for Apple Pay, because the Chinese are more familiar with local mobile payment services such as WeChat Pay and Alipay. The two services have a combined market share of 92 percent, and people are so dependent on them that the companies have expanded overseas specifically to cater to Chinese travelers."

So the Apple Pay promotion starting tomorrow is a great way for Apple to begin edging into this market dominated by the local payment services. Apple has a huge iPhone base of customers that they can tap into and it'll definitely grow over time. Last month Apple held their first Apple Pay 'Lose your Wallet' event in San Francisco for a weekend. Apple is bound to try new promotions in different states and countries over the summer and beyond.