Last week Patently Apple posted two reports covering Apple OLED suppliers racing to build new OLED plants and bring in new machinery to pound out new OLED display panels for future iPhones. One report was titled "Samsung to Build Largest OLED Plant to Keep up with Apple Orders," and the other titled "Apple and LG are reportedly in Negotiations for OLED Production for Future iDevices." Apple is determined to shift their entire iDevice line-up to OLED as fast as they can secure supply. This year Apple can only rely on enough supply for the anniversary iPhone and are now preparing to deliver all top end iPhones to offer OLED displays as early as next year.

A new report by Japan's Nikkei says that they have an exclusive that "Apple is planning to use advanced organic light-emitting diode displays in all new iPhone models launched from the second half of 2018. One source added that Apple is tentatively looking at releasing three new models next year."

And yet this "exclusive" quickly melts into doubt and backtracking by saying that "Apple has started to design new iPhones for release in 2018, but its plans are subject to change. The company has a record of tweaking product specifications and lineup along the way, staying flexible to accommodate market forces and component quality.

Sources in the OLED production equipment industry suggest that panel makers may not be able to produce enough to meet demand if Apple uses OLED displays in all new iPhones in 2018."

So much for this report being an exclusive. It's just speculation that anyone could conjure up.

While we're on the topic of next-gen displays, we learn today from the U.S. Patent and Trademark Office that China's BOE has a new display panel invention wherein they 'exclusively' mention Apple Inc. in their patent filing. Back in May Patently Apple posted a report titled "Apple has been in Talks with China's BOE Technology Group who has Patented Displays that recognize Fingerprint ID." Knowing there's a connnection between Apple and BOE, I think it appropriate to bring this information into this report.

BOE's patent filing states that "At present, in a touch display field, a pressure-sensitive function is mainly realized by arranging an additional mechanism in a display device. For example, in March 2015, Apple Inc released a touch device having a pressure-sensitive function, which realizes a function of identifying three types of light, medium and heavy pressures by arranging a gravity sensing device in each of four corners of the touch device, respectively.

However, in one aspect, only a function of identifying three types of pressures can be realized, more touch function requirements cannot be met, and user experience is insufficient; and in another aspect, when a size of the touch device is large, there may be a problem of pressure sensitive blind spots."

BOE's patent FIG. 1a presented below is a structural schematic diagram of a display device having a pressure-sensitive function. 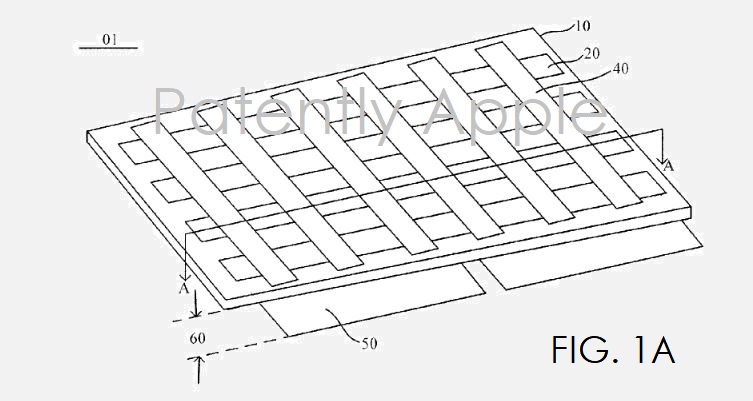 BOE's invention is to overcome the problems of the first generation of force touch displays which may benefit Apple in the future. You could review the patent filing here that was published today and originally filed in December 2016.