Apple acquired Metaio the creator of 'Thermal Touch' and a new Augmented Reality Interface for Wearables and beyond back in 2015. Their technology is thought to be behind Apple's push into augmented reality and ARKit. This year a Metaio patent application surfaced under Apple for moving furniture in augmented reality. Apple was also granted a patent for indoor navigation that covered new capabilities for a future iDevice camera allowing it to recognize building names or paintings and then adding AR identifying markers on the user's iDevice photos. Today another original Metaio patent application under Apple has surfaced relating augmented reality. More specifically it covers a method for representing points of interest in a view of a real environment on a screen of an iPhone with interaction functionality. The buzz is that the patent covers AR smartglasses as noted in our cover graphic, something that Apple has been adding to a series of new and updated trademarks of late ( one, two, three and four).

Augmented Reality for iDevices including Smartglasses 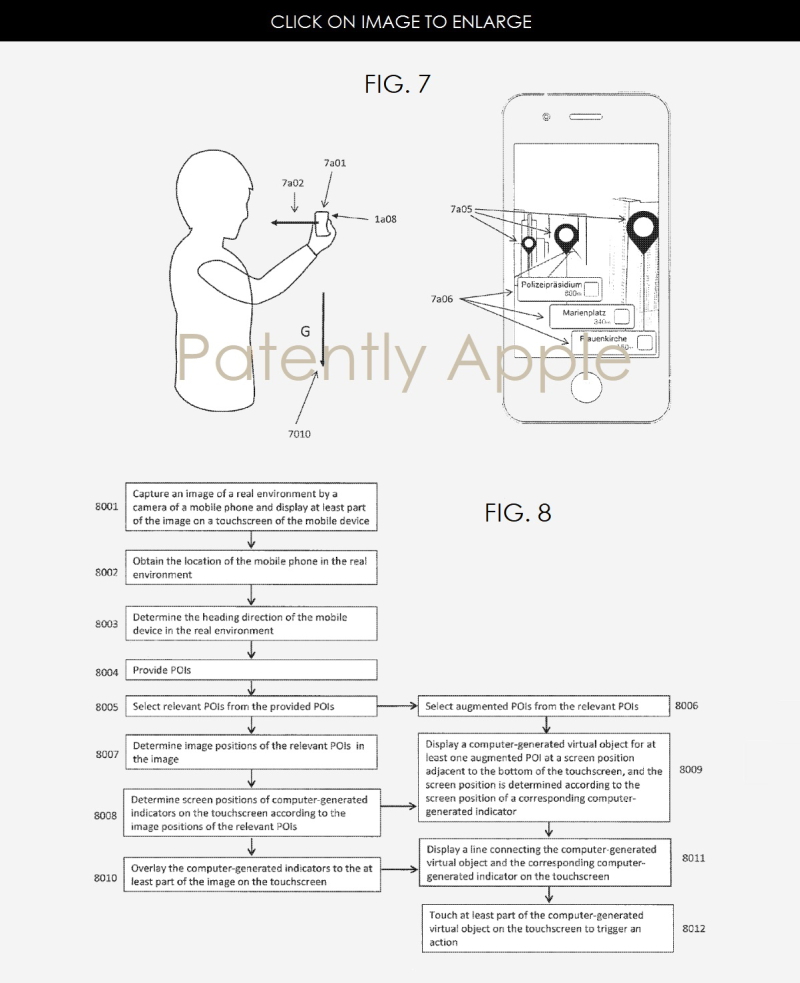 Apple's patent further notes that a point of interest (commonly referred to as "POI") is known in the art to represent a location or a real object (e.g., a building, a landmark, a moving car) in a real environment. A POI often has associated digital content that is related to the location or the real object. The digital content could be, for instance, audio information, video information, pictures, textual information, 3D representations or their combinations.

Representing points of interest (POIs) in a view of a real environment is particularly useful and popular in location-based (mobile) augmented reality applications, such as tour guidance for exploring the urban environment. For example, users may use augmented reality to see visual information related to POIs overlaid with the view of the real environment when they are in unknown places or want to obtain information about things they see.

Apple's patent FIG. 10a below shows us an example of state of the art for representing POIs in the view of a real environment on a semi-transparent screen of a head-mounted display. 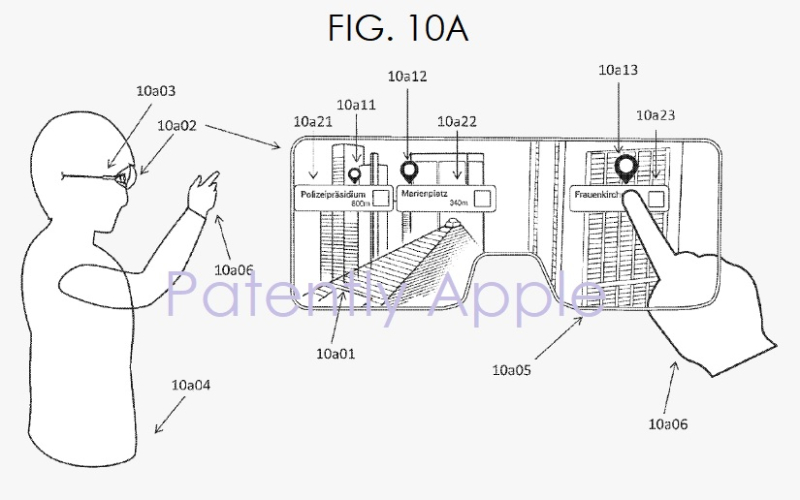 With so much emphasis on semi-transparent screens (as noted above), it should be noted that today an Apple patent application has surfaced specifically talking about semi-transparent displays. The application titled "Rendering Semi-Transparent UI Elements," covers a multidimensional desktop and application environment as noted in FIG. 8 below. Having a semi-transparent user interface would seem to magically work with a future smartglasses device. You could check out the details of the second patent here. 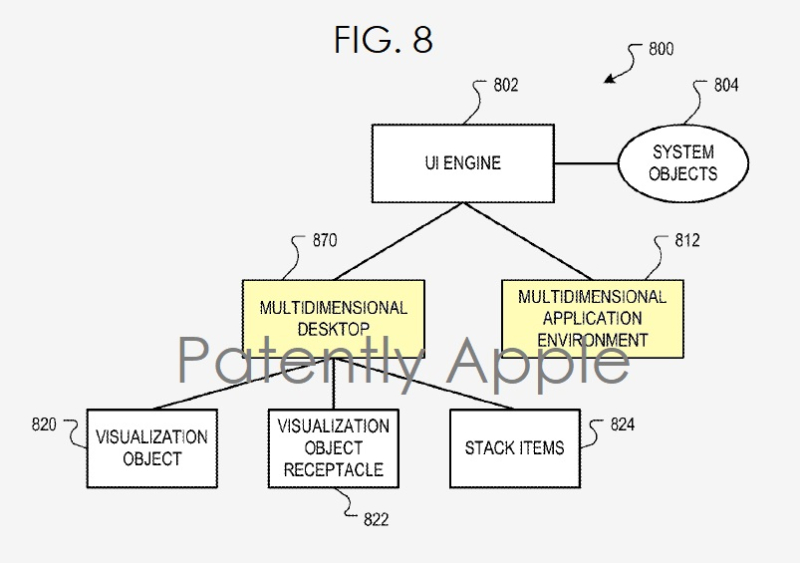 Apple's patent application 20170213393 was filed back in April 2017 with a history dating back to 2013. Considering that this is a patent application, the timing of such a product to market is unknown at this time. 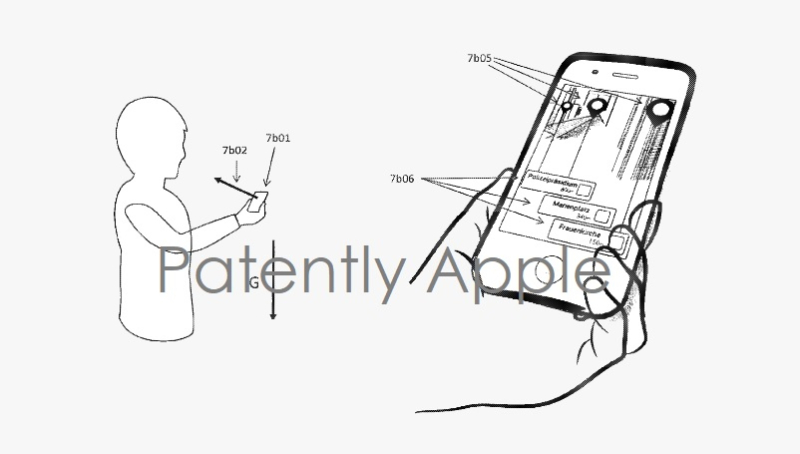