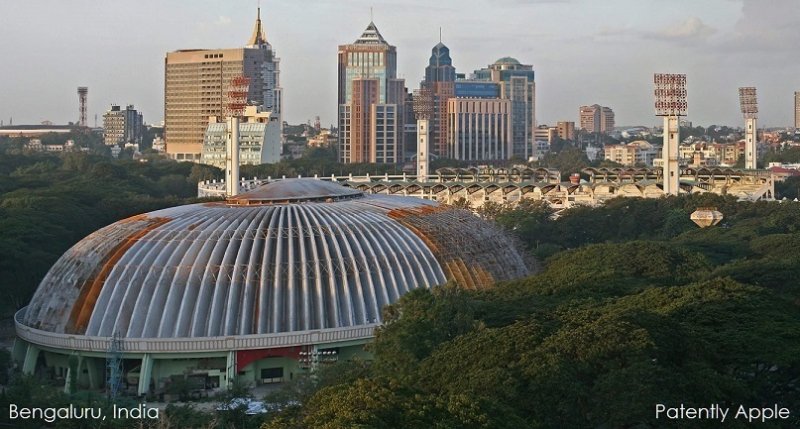 Xiaomi opened their second plant in India in March and now makes a smartphone every second of the day. Xiaomi's plants are operated by Foxconn and they employ over 5,000 people. Xiaomi has one retail store at present in Bengaluru and aim to open 100 new stores over the next two years while Apple is still waiting for the Indian government to give them the green light to build their first.

Apple's CEO apprised Prime Minister Narendra Modi back on June 26 that production of the iPhone SE in Bengaluru had officially begun. Let's hope that Modi pushes hard to get Apple the green light to get started on Apple Stores and assist them in being able to open a larger plant with sufficient parts. If little Xiaomi is experiencing supply shortages you can only imagine the problems Apple would face trying to ramp up production full tilt.

Patently Apple posted a report in June titled "India: Apple is digging in for their Next Mass Market War." In that report we noted that Apple's retail team have their eyes on opening their first flagship stores in New Delhi and Bengaluru.

Today we're learning that Apple is reportedly planning to open their largest Apple's Stores to date in India in terms of raw footage. The Indian report notes that the first Apple Stores in India will be between 10,000 and 15,000 square feet or roughly double the size of other global stores.

Two senior industry executives told the Indian publication that the designs would rely heavily on glass like many of Apple's new stores, like the one under construction in Chicago or Apple's classic Fifth Avenue store in New York. The stores will be the biggest single brand electronic stores in India.

On June 23 Patently Apple posted a report titled "The Indian Government wants more Details behind Apple's Investment Plan for India." The plan, if detailed to the liking of the Indian government, would open the doors for Apple to get their stores approved. As it stands now it looks as though it could be closer to 2020 before these new flagship stores launch.

The report confirms that Apple's top retail team of experts were in the country to meet realtors and mall managers to get a feel for the retail market in India. The team reportedly were made up of design, merchandising and commercial executives.

More specifically, the India publication states that Apple has signed non-disclosure agreement with various stakeholders regarding the store plans for 2020-2021. Interestingly it was revealed that Apple only plans on 4 or 5 flagship stores limited to metros over the next 5 to 10 years. The idea is that the stores will be massive and so beautiful that they'll be considered must-see tourist attractions.