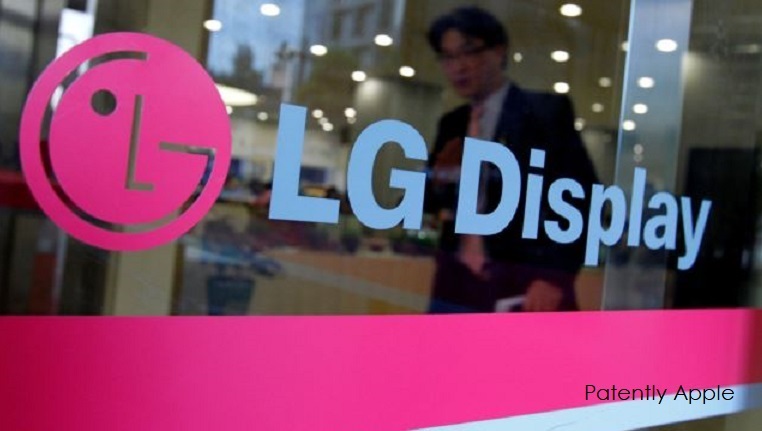 On June 21 Patently Apple posted a report titled "The Korean Press is Convinced that LG will Enter Apple's OLED Supply Chain by 2019." It was reported at that time by 'The Bell' publication in Korea that LG Display had secured two more Canon Tokki OLED machines which were key pieces of equipment for the display maker to beef up OLED production for the iPhone. Further, Patently Apple reported back in April that LG could make an announcement in June whether they'll enter Apple's OLED supply chain as requested by Apple. Fast forwarding to today, a new Korean report is claiming that Apple is now in talks with LG Display to invest about two billion dollars in equipment to secure OLED displays for Apple in LG's new plant that we reported on back in May.

The Korean report further noted that "the two firms have tentatively agreed on the investment plans, even though details, including investment timing and size, have not yet been finalized. The final decision is expected to be made after the company's board meeting later this month.

Apple's fresh investment is expected to be poured into LG Display's new plant, called E6, which has been widely rumored to be dedicated to iPhone orders. About 3.5 trillion won is needed for an OLED production line with a monthly capacity of 30,000 units of the sixth-generation OLED mother glass."

One source told the publication that "The funding form Apple is also expected to help LG Display reduce risks from the lower margin," adding that "Apple is known for slashing supply prices for parts makers."

At the moment the Korea Herald report was unclear as to when LG's OLED production for iPhones would begin.