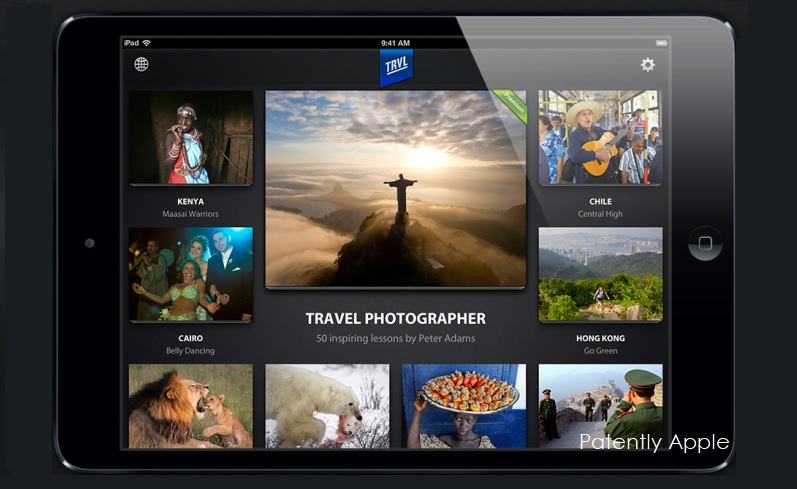 It was reported in 2014 that Apple had acquired Dutch digital magazine startup Prss, a platform that made it easy to create iPad-compatible magazines using tools that didn't require any knowledge of code. The company was essentially a magazine-focused version of iBooks Author. The idea for Prss came after entrepreneur Michel Elings and longtime travel writer and photographer Jochem Wijnands constructed their own iPad publication called TRVL which is presented in our cover graphic. The Prss invention essentially became 'Apple News.'

Today the US Patent & Trademark Office published a patent application from Apple that relates to Apple News. The Co-founder of Prss is listed on the patent and his LinkedIn Profile states that Elings is responsible for "Apple News, co-inventor of Apple News Format (ANF), a revolutionary format allowing publishers to craft beautiful editorial layouts. Multiple patents filed and awarded." 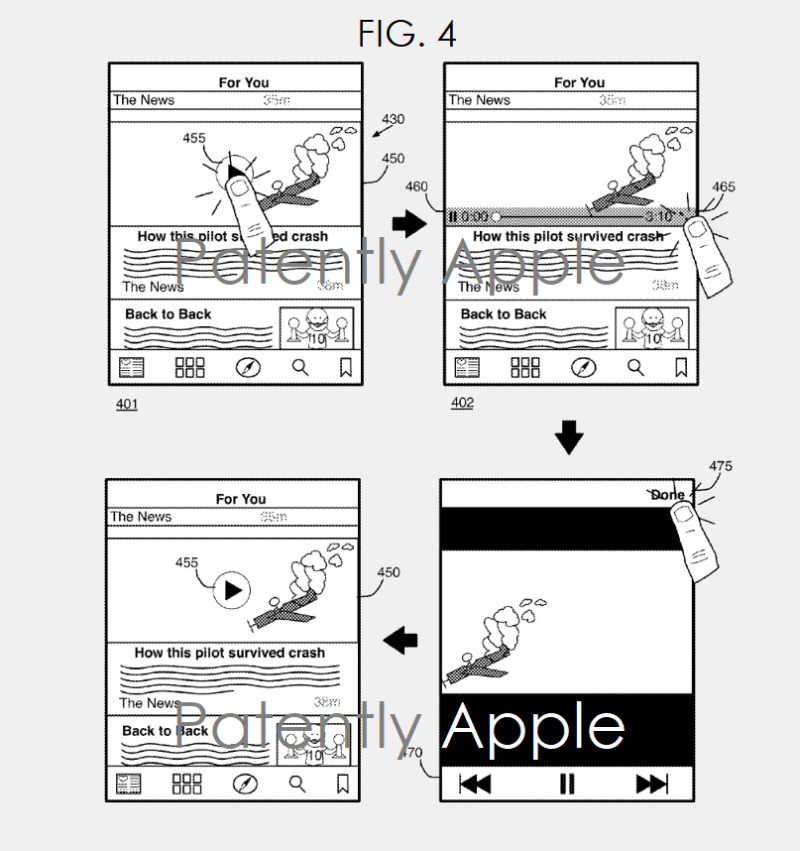 The patent application is titled "Graphical User Interface for Providing Video in a Document Reader Application." Patent FIG. 4 noted above illustrates an example of a video player element for displaying videos in document panes of a feed view and/or in the article view of a particular document.

Apple's patent application 20170199659 was filed back in September 2016. Most Apple fans are aware of Apple News, but if you're interested in the invention's details, check out the patent filing here. The history of the invention shows that it was granted in 2016, though the patent number may be foreign.