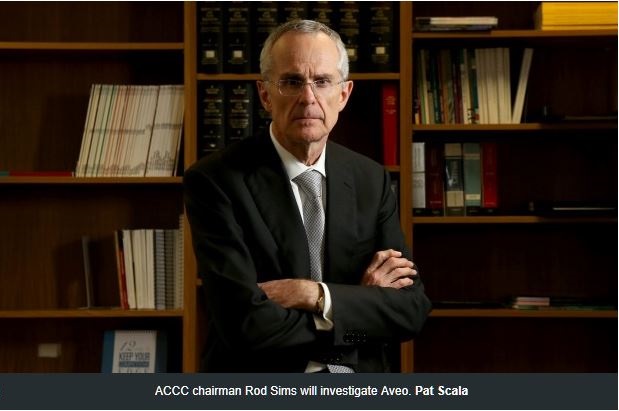 In early April the Australian Competition and Consumer Commission (ACCC) sued Apple alleging it used a software update to disable iPhone which had cracked screens fixed by third parties. Today we're learning that Apple's controversial decision to order Westpac Banking Corporation to disable a mobile banking feature that let customers make payments in chat apps such as WhatsApp and Facebook Messenger has caught the attention of Australia's competition watchdog, amid concerns it could be attempting to remove rivals to its own upcoming service.

It was revealed last week by 'The Australian Financial Review' that Apple had written to Westpac to say its three-month old Westpac Keyboard feature would no longer be allowed on iPhones, with a vague explanation that keyboards should not be used for making payments.

While Apple may have security concerns about the Westpac payment system, the chairman of the ACCC Rod Sims stated that he'll be seeking a fuller explanation from Apple over the issue in order to assess if action is required to reverse Apple's position."

The Australian Financial Review added that "The timing of Apple's action is suspicious in light that they'll be releasing a similar service through iMessage with iOS 11." Well that may not be all that's suspicious and disturbing.

What's disturbing about the ACCC's decision to question Apple on this issue is that is back in March the commission set a global precedent by barring banks from forcing Apple to open up their Apple Pay APIs. Is the ACCC now trying to find a way to backtrack and assist Australian banks in forcing Apple to eventually open their API's? Was there political fallout for the chairman for backing Apple in March? Because Westpac was part of the Cartel that was attempting to force Apple to open their Apple Pay API's. So Westpac is obviously trying to find grounds to reopen the issue with the ACCC.

For now the commissioner has stated that the ACCC "…will be making contact with both Westpac and Apple to fully understand the facts," because this is a complex issue. Yet it all stems back to Apple Pay. It shouldn't be complex for the ACCC who ruled on this issue. The fact that the door is opening on this issue again has the appearance of it being politically slanted. Stay tuned, this is likely far from over. You could check out the full Australian Financial Review report here.