Take a Look Back at a 2006 iPhone Patent & new Interview with iPhone Team Leaders Fadell, Forstall and Christie 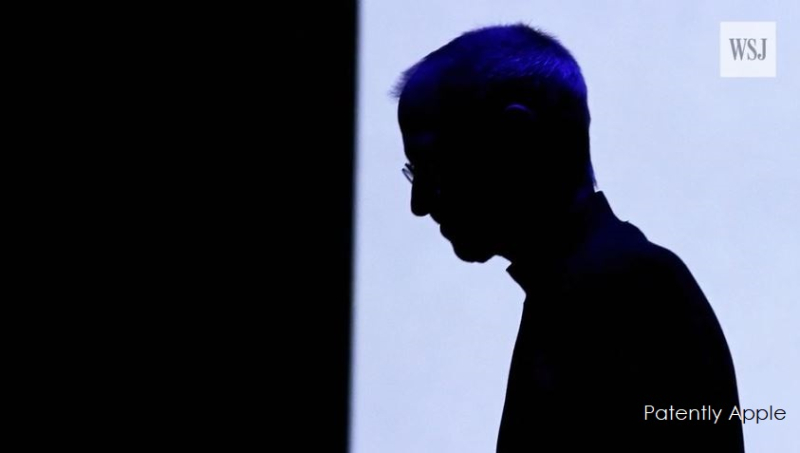 As the anniversary iPhone is getting closer to launch, the mainstream media has begun to revisit the historic moment when the iPhone came to market and ignited a mobile revolution that eventually slayed the giants of the day who ruled the mobile industry: Nokia, Blackberry and Motorola. Without Steve Jobs to interview, the next best thing is to take a trip down memory lane with the original iPhone team members. Last Wednesday Patently Apple covered an interview with Scott Forstall and others who were a part of Apple's 'Project Purple' team that became the original iPhone. Then on Friday we covered another report titled "How Apple's iPhone Changed Business Forever."

Yesterday, Christopher Mims of the Wall Street Journal posted a report with a nine minute interview with Apple team members Scott Forstall, Tony Fadell and Greg Chistie who recounted the arduous process of turning Steve Jobs's vision into one of the best selling devices of our time.

As the iPhone this week marks the 10th anniversary of its first sale, it remains one of the most successful consumer products in history. The tenth anniversary iPhone will be introducing Augmented Reality to mark the beginning of the next phase of the iPhone and taking it to the next level.

When Patently Apple began covering Apple's oddball patents of an iPod that included telephony, it was considered to be the most idiotic concept and Apple fans had a field day laughing at the concept. The skeptics, the naysayers, would continually argue endlessly that little Apple had no chance of making a mobile phone that would be able to compete with the kings of mobile at the time.

Apple's patent figures of this coming mobile phone didn't help in quieting the naysayers either. It was a block with an ugly antenna at the top as noted below. The date of the patent report was September 07, 2006. The original patent was noted as being filed in March 2006. 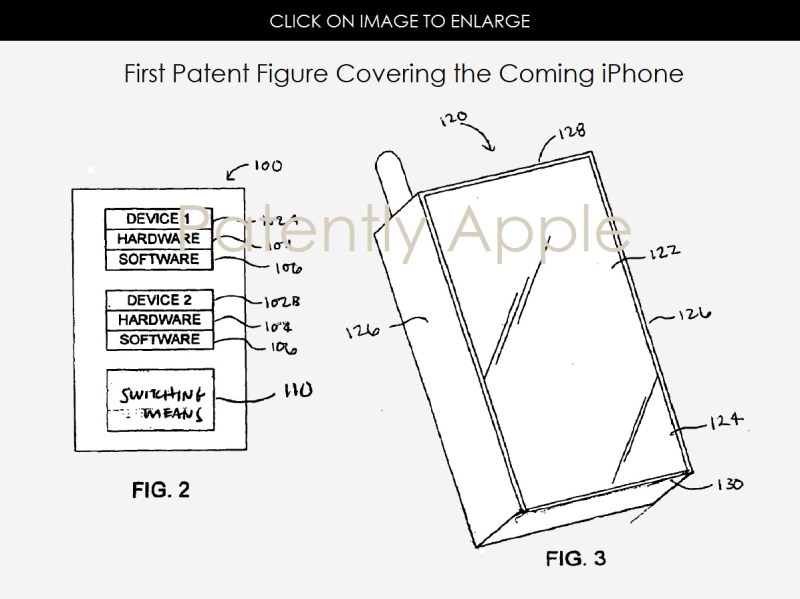 Just like Tony Fadell was saying in the video, the team wasn't sure what the iPhone would even look like until it was unveiled at the historic keynote in 2007. The various teams had created a number of concepts and interfaces and they didn't know how Steve Jobs was going to fit it all together for the final version.

Below are patent figures showing the many physical and software user interfaces on the drawing board at the time; it was a basic overview of what the iPhone was to technically deliver and how the touch interface was to work. 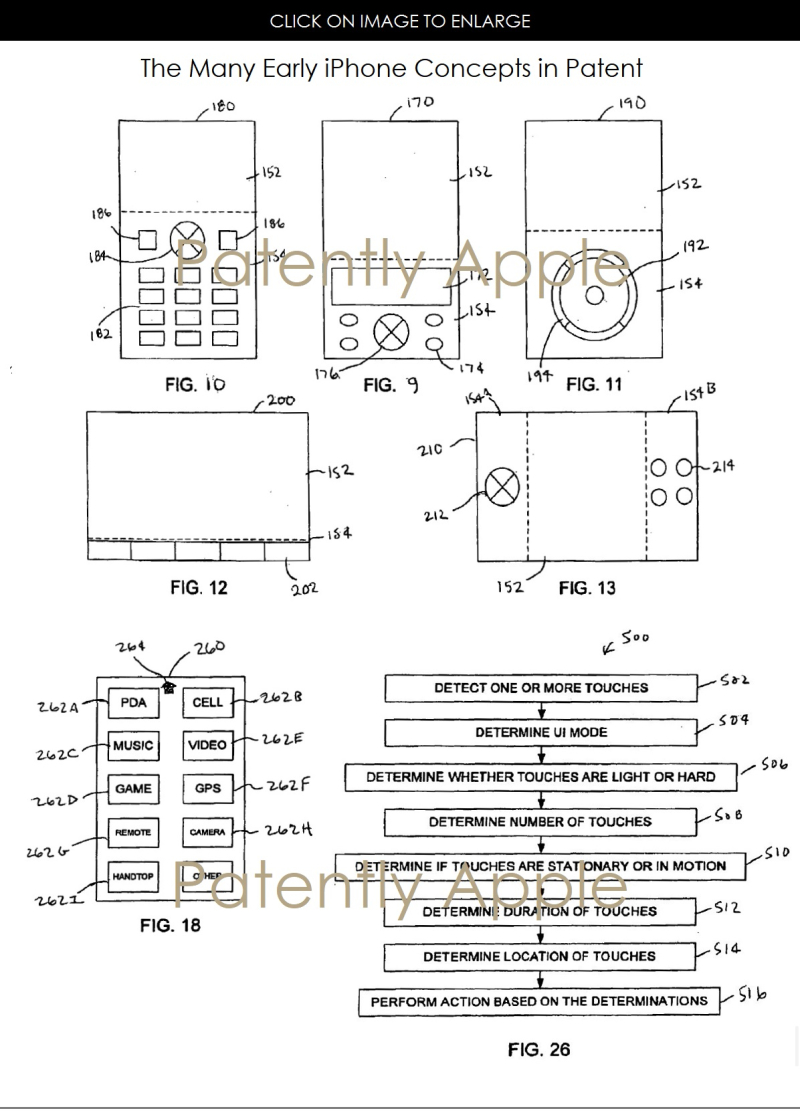 I was a true believer in the basic concept early on after having read the book titled the PowerPC Revolution which covered concepts from the Apple-IBM alliance such as Taligent, an advanced desktop OS, and the accompanying TalOS used as an internet OS. That combined with Steve Jobs fanaticism of Web Objects, covered by Wired Magazine, opened the door for something revolutionary to arise that would take advantage of commercial mini-apps known as WebObjects.

It took a full decade for Steve Jobs to figure out how to create a vehicle that would deliver on his WebObjects vision. Steve Jobs knew before any CEO at that time that the web wasn't going to be just for online web publishing, but rather for businesses selling things through simplistic apps that any company would be able to put together rather quickly.

If you have the time, check out the Wired article titled "Steve Jobs: The Next Insanely Great Thing," because it's an important part of history in context with the thinking behind Apple's mobile revolution.

In the end, the saying of don't judge a book by its cover is truly the case here with Apple's original patent figures looking like scribbles from a kid's scrapbook. Who knew something so ridiculously presented to the patent office would turn out to change mobile history? Certainly not the naysayers.

While the rumor mill at the time was stuck on what the next Mac would be, it was the revelations discovered by Patently Apple buried in a patent that gave the Mac community the fundamental insights of what was about to change the world, even if they didn't believe it at the time. By following Apple's patents, we were in effect, skating to where the puck would be, and in looking back it paid off.