Home Archives Contact Us Subscribe Twitter MeWe Facebook Patently Mobile
The EU Rolls the Dice and Sides with No Decryption, No Reverse Engineering of Communications, Period
IKEA is excited about their new Augmented Reality App coming to iOS 11 with its Stunning Furniture Placement Accuracy 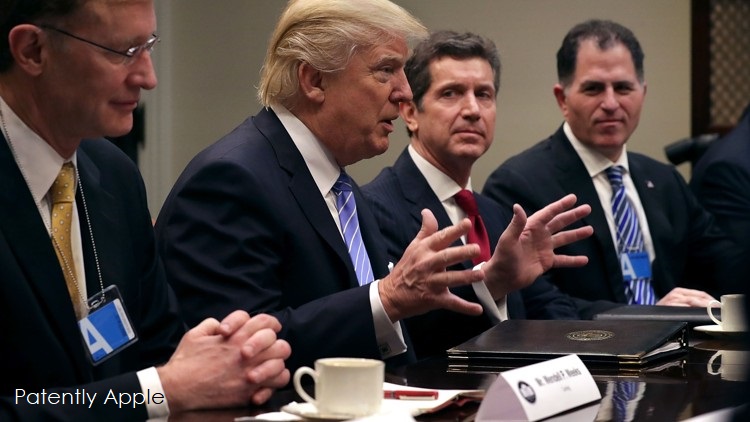 Last week Apple's CEO Tim Cook was interviewed by Businessweek about Augmented reality, Apple tapping into the Enterprise market and bringing new jobs to America. He also touched on politics and made it clear he differs with President Trump on many key issues. Yet Cook is a realist and likewise emphasized that "America's more important than bloody politics from my point of view." In one example, Cook thinks that Apple could help with the problems that the Vetrans Affairs are having. Today Cook will be meeting with President Donald Trump along with others from Silicon Valley. The topic this time around is to try and find ways help in cutting government waste and improving services.

Reuters report notes that "White House officials said on a conference call on Friday that the administration believed there was an 'economic opportunity' to save up to $1 trillion over 10 years by significantly cutting government information technology costs, reducing government costs through improved IT, leveraging government buying power and cutting fraud across government agencies.

The meeting with nearly 20 chief executives comes as the White House pushes to shrink government, cut federal employees and eliminate regulations. Many business executives are eager to work with the new administration as they face numerous regulatory and other policy issues." For more on this, read the full Reuters report here.