While consumers appreciate the "fast charging" trend for smartphones, it's really a stopgap solution. Two better ways to extend battery life is for technology companies to adopt Micro-LED displays and perhaps flexible fuel cells which are on the horizon. Unfortunately both are just a few years out. A combination of said solutions would dramatically reduce daily charging. In the 2013 video below, Venture Capitalist John Doer attended a TechCrunch event. In the video between the 4:20 and 5:50 minute mark Doer explained the killer advantage to LuxVue's Micro-LED displays for smartphones. It's a display that's 9X brighter but 90% less power. Instead of trying to discover a new battery, using an Apple Watch or iPhone with a MicroLED display will provide a vastly superior display while only using 10% of the power that an OLED display does today. Now that's promising indeed.

Yole Development's chart below shows us how smartphones, smartwatches, Head Mounted Displays (HMDs), tablets, laptops, monitors and TV's will be adopting this technology starting in 2019 and quickly ramping up over the next eight years.

Smartwatches may be first to utilize this display due to its small display size and some in the industry are paranoid that it'll be Apple to launch this breakthrough display in a modern digital device for consumers. 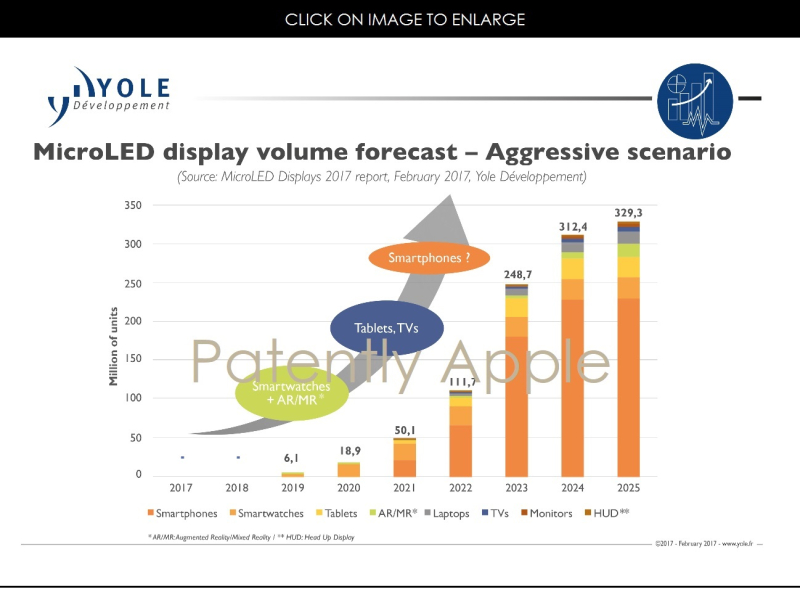 And you know the display trend is for real when Facebook acquires a Micro-LED company, quickly followed by Samsung and Foxconn-Sharp.

At the same time, researchers at the Korea Institute of Science and Technology (KIST) have succeeded in developing core technologies for new flexible fuel cells. The news out of Korea states that KIST successfully demonstrated the super-lightweight and flexible fuel cell stacks.

The report further noted that "The fuel cell is gaining attention as the next-generation environment-friendly energy source, as it uses hydrogen and air to create electricity without making pollutant by-products, according to KIST. The technologies are expected to be widely used in the wearable device industry.

Flexibility is the catchphrase in the IT industry, as the market for wearable devices — such as smart watches or bands — is growing rapidly across the world."

Apple's R&D teams have been working on adding a battery to the Apple Watch band in various ways in the last year as seen here and here. So the flexible fuel cell would definitely be something of interest to Apple, even if they adopt a micro-LED display in the next few years.

For this reason, there have been growing calls for a new energy source that can be flexible, according to KIST.

"The fuel cell comes with a lot of advantages compared with other energy sources in such areas as eco-friendliness and energy storage efficiency," senior KIST researcher Yoo Seong-jong said.

In particular, the scientist expects the drone industry to benefit from the new technologies.

'The flexible fuel cell will extend the duration of a drone's flight by more than three times compared with those equipped with existing batteries,' he said. 'The new development will serve as a stepping stone for the nation to lead the global fuel cell industry.'

The research was published in the NPG Asia Materials scientific journal last week.

Just as a reminder, Apple's research teams have also been exploring fuel cells and in fact updated their original patent for it back in April. While the fuel cells aren't flexible, it at least goes to show us that Apple is working on an alternative energy source for future devices. 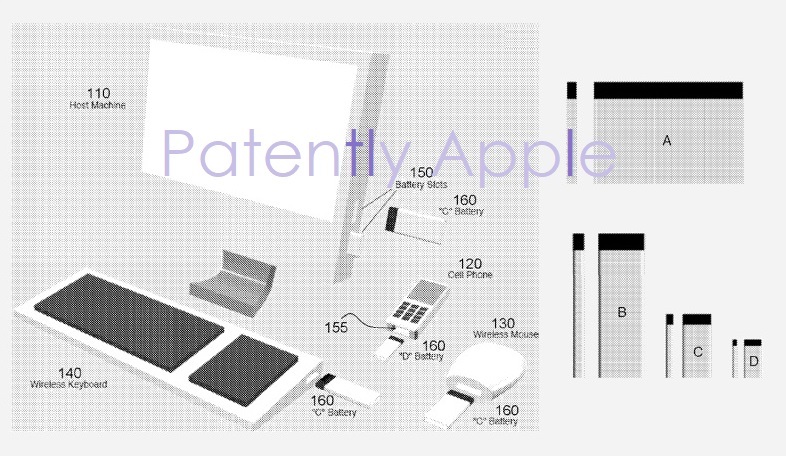 The industry needs a breakthrough on the battery front and at least we're able to see viable solutions are in the works that are only a few short years away.

With Samsung jumping on board the micro-LED train, the race will be on with Apple as to which smartwatch will introduce a micro-Display first to market. Apple has had the lead on this next-gen display with LuxVue that Venture Capitalist John Doer praised in the video at the top of our report. So here's to hoping that Apple delivers on this front ahead of the pack.