In an Extensive Interview with Bloomberg Businessweek, Apple's CEO said that he's so Excited about AR that he Wants to Scream 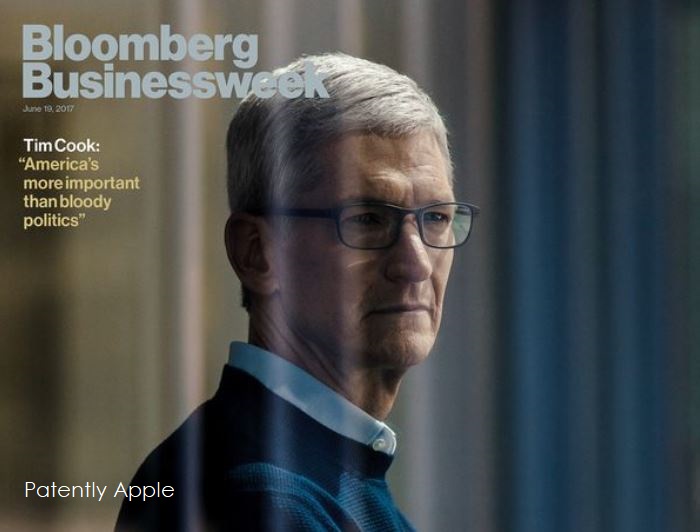 Today excerpts from a magazine article that will be hitting the shelves on Monday, Apple's CEO talks about a wide array of topics from Augmented Reality, to manufacturing jobs in the U.S. to healthcare for Veterans Affairs, to the new HomePod, Steve Jobs, opportunity in the enterprise market and much more. But when he talked about Augmented Reality, Cook really seemed to be excited, really excited.

At Apple's WWDC event last week Apple introduced ARKit, a framework for developers creating augmented reality applications for Apple devices. Apple's Senior VP for Software Craig Federighi said that Apple will have the world's largest AR platform in the world. Then came the demonstration of a high quality demonstration of augmented reality used on an iPad by a company called Wingnut AR which is owned by Peter Jackson, Lord of the Rings director. The demo blew everyone away. This was going to be a game changer. 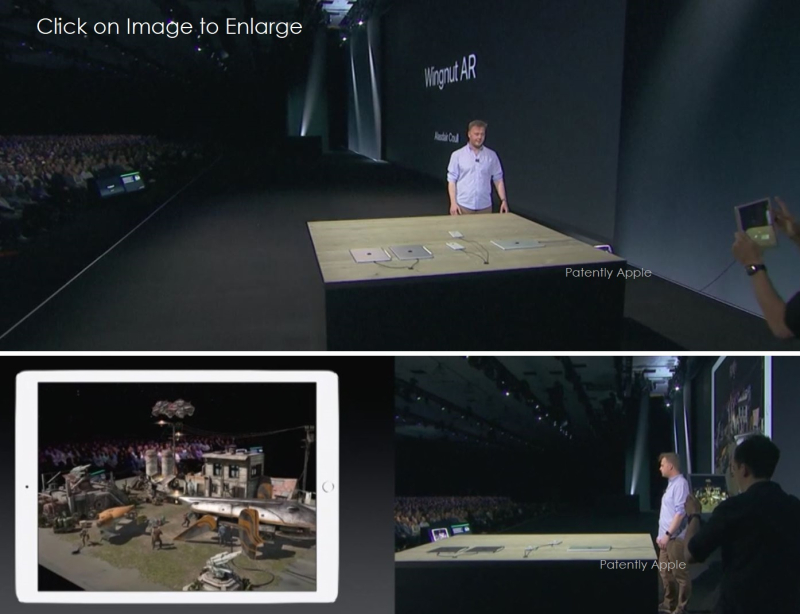 When asked by how Cook sees AR moving forward, Cook said that "I think it is profound. I am so excited about it, I just want to yell out and scream. The first step in making it a mainstream kind of experience is to put it in the operating system. We're building it into iOS 11, opening it to ­developers—and unleashing the creativity of millions of people. Even we can't predict what's going to come out.

There are some things that you can already get a vision of. We've talked to IKEA, and they have 3D images of their furniture line. You're talking about changing the whole experience of how you shop for, in this case, furniture and other objects that you can place around the home. You can take that idea and begin to think this is something that stretches from enterprise to consumer. There's not a lot of things that do that.

You'll see things happening in enterprises where AR is ­fundamental to what they're doing. You're going to see some consumer things that are unbelievably cool. Can we do everything we want to do now? No. The technology's not complete yet. But that's the beauty to a certain degree. This has a runway. And it's an incredible runway. It's time to put the seat belt on and go. When people begin to see what's possible, it's going to get them very excited—like we are, like we've been." 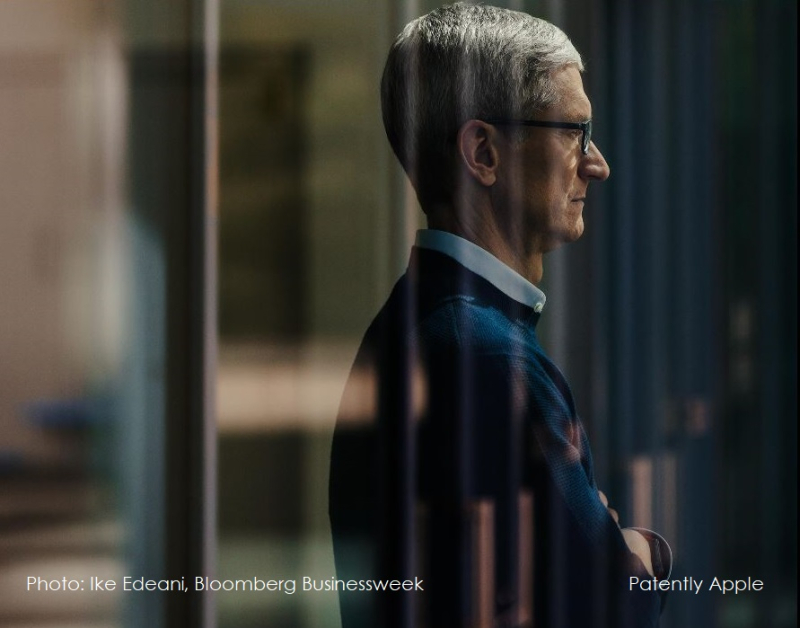 Cook on the Enterprise Market

On the topic of the Enterprise, Cook thinks that it's "like the mother of all opportunities. At one point in time you had to choose, 'Do you want to do consumer or enterprise?' But the reality today is a bit different: Enterprises are a collection of consumers.

In the past, almost all applications were being written on Windows. So the Mac gradually lost its positions in enterprise. But today's a different world. For most enterprises, iOS is the preferred mobile operating system. IOS is a fantastic platform because of the ease with which you can write apps that are great for helping you run your business efficiently or interface with your customers directly. We see many, many enterprises now writing apps. Well, what do they use to write the apps? They use the Mac. The Mac is the development platform for iOS.

The other thing that has changed is that the most ­forward-thinking chief information officers and chief executives are saying, "The top thing is, let's have happy and productive employees." When you care about people's happiness and productivity, you give them what brings out the best in them and their creativity. And if you give them a choice, they'll say, 'I want an iPhone" or "I want a Mac.' We think we can win a lot of corporate decisions at that level. I think this megatrend is true in every country in the world, not just the United States. It leverages things that we're great at as a company. I think there can be dramatic growth for us.

So we've been pulled into enterprise to some degree by the employee. At the same time, we did some smart investments in iOS starting many years ago to make it enterprise-class in terms of security in particular. We've done some smart partnerships with Cisco, with SAP, with Deloitte, with IBM. We understand that we need to play well with others. You don't say, "I'm the only one." We've done the smart things on relationships."

Cook on Investing in Manufacturing Jobs for America

"I feel a responsibility as the CEO of an important company to grow jobs in the United States. And so I may have a little different view on this than some of my peers. But I do feel that that's a role that we have.

We've thought about it at a pretty deep level: For manufacturing, you want to skate to where the puck is going. You don't want to skate to where it is. So where's it going? We can do the most in advanced manufacturing. The likelihood of robotics absorbing an ­assembly-type thing fairly quickly is high. But in advanced manufacturing, there's going to be a lot of jobs. An example of this clearly is Corning. We're working with them on things that have American innovation in them and create a good number of jobs. 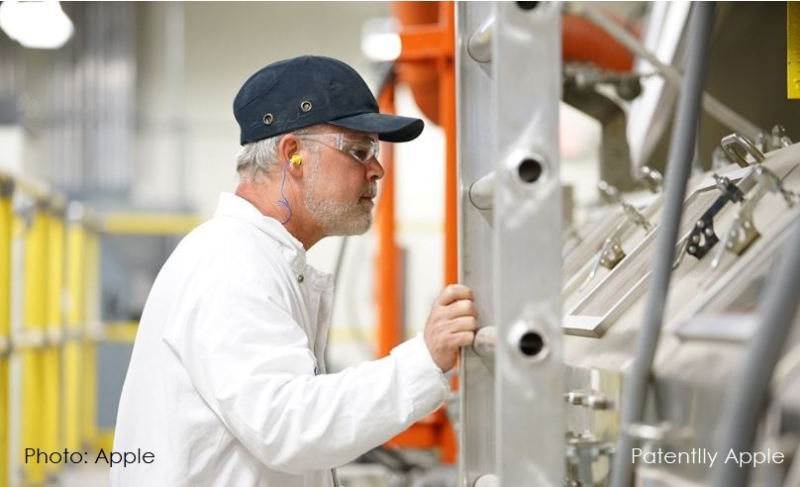 There are more things like that. We can use our level of expertise about where the puck is going and, frankly, some of our cash to try to get as many of these in the United States as we can.

Apple builds so many components here. That's lost to a lot of people because they only look at the final ­assembly. We have to do a better job of educating people on that.

Apple's created 2 million jobs in the United States. A million and a half of those are app developers. They're everywhere in the United States. But you do see certain demographics who have been left out of that. So we started thinking, What can we do about this? We decided to create a programming language that was easier to learn. We call it Swift. The second thing we did was say, "You know, we could prepare a curriculum instead of asking educators to come up with their own." We provided one for elementary schools because we think coding should be a required language just like English is. We call that Swift Playgrounds. We did that last year. And it's taking off.

Then we said, 'You know, the reality is that you miss a lot of kids who aren't going to learn Swift Playgrounds because they're already in high school or college. What can we do here?' So we geared it at a different age group. Universities like Stanford don't need help. They are out front on these things. But community colleges do need help. Community colleges reach people who have not historically done well in app development jobs, which are taking off—like a weed, to be honest with you. It's probably the fastest-growing major job segment in the United States. 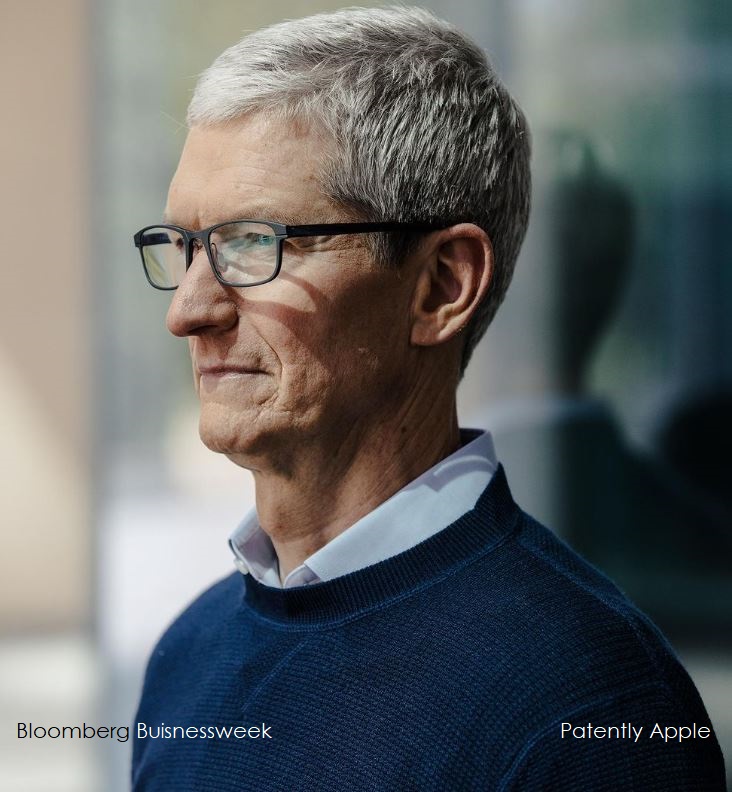 So we prepared a Swift curriculum aimed at that group and went out to community colleges around the U.S. We picked a half a dozen where we had pre-existing relationships to work with them and get their feedback. We're providing it for free as well. We've worked with Houston. We've worked with the community college system in Alabama. We've worked with a huge system in Ohio. In California as well. We're not limiting to those. They're going to start offering it this fall. We're hoping more people will sign up. This could light a match in this job segment by picking up different demographics.

We also have the largest number of student developers. It does your heart good to sit with these folks. They're ­idealistic. They want to learn. There's no cynicism. We can change ­diversity by doing this. We can begin to help people who have been left behind by the tech resurgence.

Read the full Bloomberg report for more on Cook's interview and remember to check out the full magazine cover story coming out on Monday.