In an Effort to hurt iPhone 8 Sales in Korea, Samsung Plans to Flood the Local market with Refurbished Note 7s

In February Patently Apple posted a report titled "Samsung Backtracks and is Reportedly Planning to Sell Refurbished Note 7 Smartphones in Q3." Samsung's President of Mobile Communications, D.J. Koh, announced during a special presentation surrounding the findings of the Note 7 fires by independent sources, that 4.7 million Note 7 smartphones were produced and that 96% of them had been returned to them. Samsung further noted that they would sell refurbished Note 7s at a later date. 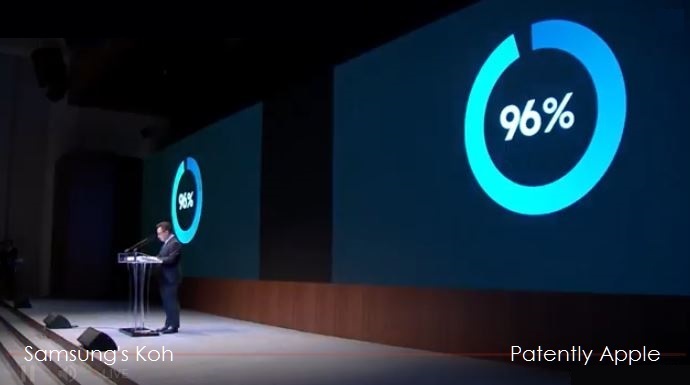 At the time the rumors were that Samsung would use the refurbished Note 7's to excite sales in emerging markets with cheap Note 7s. But Samsung really had a much more detailed plan than that.

With the iPhone 8 capturing the imagination of global consumers as they delay the purchase of a smartphone this year until they see what innovation Apple could be bringing to market, Samsung has decided that they would sell the refurbished Note 7's just prior to the release of the iPhone 8 in order to hurt sales of the iPhone 8.

It's a strategy designed to say that the Korean market didn't think much of the iPhone 8. It's devious considering the volume of business Apple throws their way and are seeking to win Apple back for their processor business. But they can't help themselves. Their hatred for Apple runs so deep as Apple fans know. Samsung continues to this day to fight Apple's patent infringement victory going back to 2012.

Today a Korea Herald report confirms that "Samsung is gearing up for the upcoming launch of Apple's new iPhone, tentatively called iPhone 8, in September." Samsung will launch a refurbished version of the Note 7, dubbed Galaxy Note FE, or Fandom Edition, at about US$625.30 in South Korea. They already have 15,000 preorders for the devices.

The report further noted that Samsung would add color options of gold and rose for the Galaxy S8 line-up in August and believe that this move could also sway more consumers their way instead of the iPhone 8. This is kindergarten thinking that this would have any effect over the advanced iPhone 8. But their grasping at straws at this point. It's nice to know that the level of fear they have concerning Apple is still alive and well.