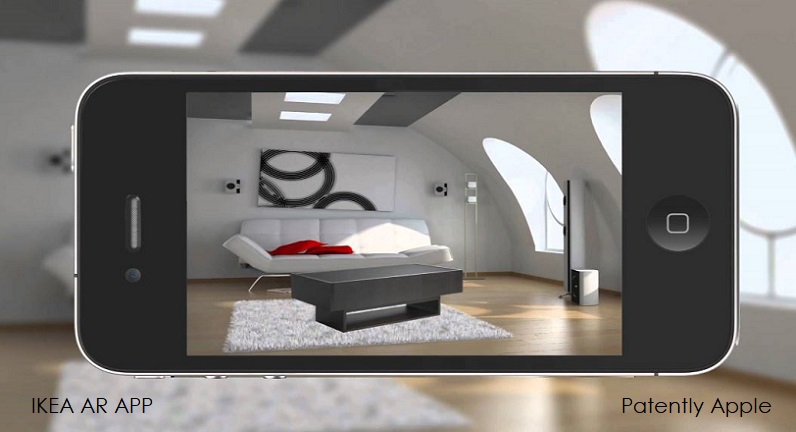 Last Thursday Apple's CEO Tim Cook said in an interview with Businessweek that he's so excited about AR that he could scream. He thinks AR will be profound. The very first Augmented Reality demo at this year's WWDC event from Senior VP of Software Craig Federighi involved placing virtual IKEA furniture on a display table and moving it around while the shadows changed in realtime according to the light shinning on the table. It was an amazing simple demo, not a make believe video. 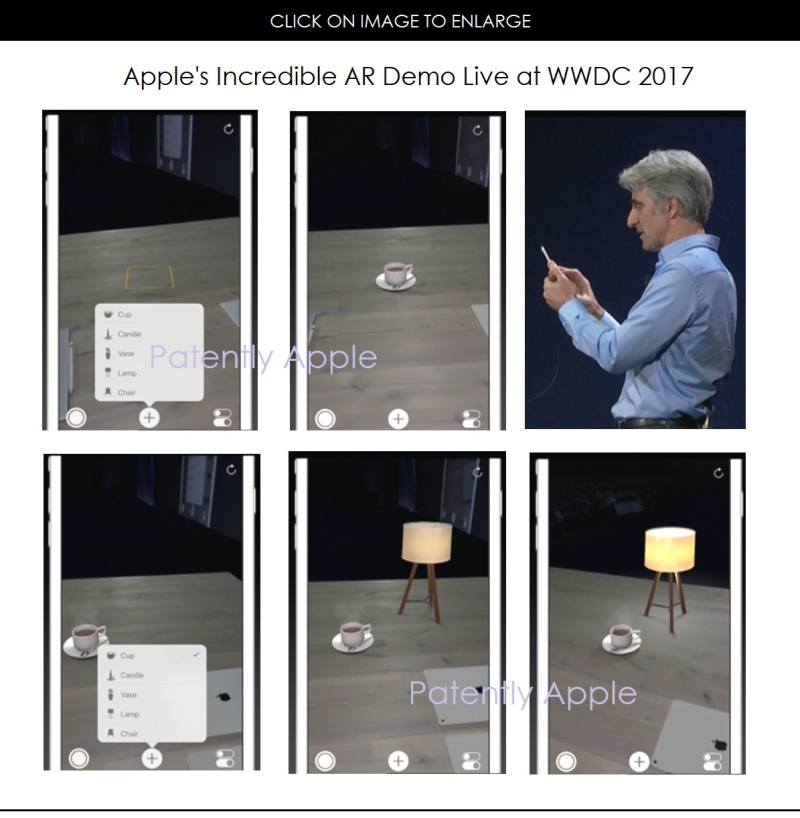 Cook added in his Businessweek interview that "There are some things that you can already get a vision of. We've talked to IKEA, and they have 3D images of their furniture line. You're talking about changing the whole experience of how you shop for, in this case, furniture and other objects that you can place around the home. You can take that idea and begin to think this is something that stretches from enterprise to consumer."

In a Swedish report from Di Digital published over the weekend titled "IKEA on cooperation with Apple: "extremely interesting for us," they noted that when IKEA was recently giving them and 250 other journalists a presentation about their new furniture 'Click Technology" (see a Swedish video discussing the new process of creating furniture that could be put together without using tools) IKEA noted that they were also working with other projects involving NASA and Apple.

They went on to say that their project with Apple would offer "the first AR app that allows you to make reliable buying decisions. Using the app, users will be able to place virtual Ikea products in the home. The aim is that the customer should see if the furniture fits at home before purchasing. At launch the hope to have 500-600 products included in the app. Going forward, it will play a central role in new product lines. When we launch new products in the future so they will come first in the AR app."

They're hoping to launch their new this fall with Apple's iOS 11. Apple has, according to the Ikea-Manager, recently made important advances in AR, among other things, on the size and lighting of virtual objects. The positioning is now millimeters.

Another thing that attracted Ikea was Apple's ecosystem with hundreds of millions of users. It will be the largest AR platform in the world overnight. It is extremely interesting for us."

The IKEA manager went on to say the he couldn't promise that it would all work right in the first version of the app, but ideally, "you would be able to put a couch in your home with the help of the app, and then with one click Add the cart on the e-commerce site. But we have a tight deadline," so we'll see if we can get the store done on time.

IKEA isn't sure what the app should be called right now, but Michael Valdsgaard, Senior VP Digital Development / Leader Digital Transformation at Inter IKEA Systems BV, said that he's pretty sure that the new app will have a common name, perhaps "Qualify." If you can read Swedish, you could check out the full report here.

To be fair, this didn't come out of the blue as you can see in the videos below. The first video is from the University of Greenwhich showing an AR app prototype on an iPhone dating back to 2011. Of course it was a little crude as a prototype.

Another video popped up in 2013 that once again showcased an IKEA AR app for the iPhone and Android smartphones. Each version got better but it took Apple's new ARKit to make IKEA's vision come to life.

There's no doubt that Apple's new ARKit blew IKEA away as they mentioned that consumers will be able to move furniture around their homes within millimeter accuracy, something not available to them before. It's so clear that this is the way that everyone will want to shop for furniture in the future. You'll go their store, see something you like and check out the specs. There won't be any more tape measuring in the store and taping it out on your living room floor to see if you have the right space for your future new wall unit, sofa or other items. IKEA is even hoping that consumers will use the app to do the measuring and it order it right online. I just bought a new lamp from IKEA over the weekend and I'm sure that it could have all been done using their new app. Apple's Federighi showed us in realtime how easy that will be in the future.

No wonder Apple's CEO wants to scream about the excitement over Augmented Reality apps coming to iOS 11. Next generation AR apps are not only going to be for games but for all kinds of business apps for consumers. I'm sure that CEO's of furniture houses that saw the IKEA demo at the WWDC 2017 must have freaked out at such opportunities in the future with Apple's iOS. Yes, creative panic, is a wonderful thing.

In the end, IKEA's AR app is going to be available on iOS 11 this fall on all new hardware that could handle these new AR apps, including the insanely hot new AR game from Wingnut AR. The iPhone 8's introduction in September is definitely going to be one hot event to see unfold.