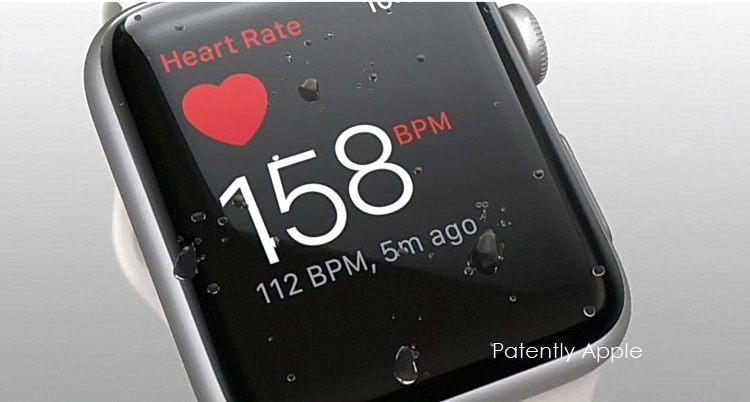 In May Patently Apple posted a statistical based report titled "Apple Watch Takes Global Wearables Lead over Fitbit in Q1 2017." Research firm Strategy Analytics provided clear charts showing Apple being the top wearables vendor worldwide. Today IDC decided to give the edge to China's Xiaomi even though their statistics showed the two companies tied. But now that IDC is owned by a Chinese VC firm, with the deal finalized on March 30, the tie was magically turned into a victory for Xiaomi who makes dirt cheap profitless wearables in contrast to Apple's richer valued smartwatches where they have no real competition. 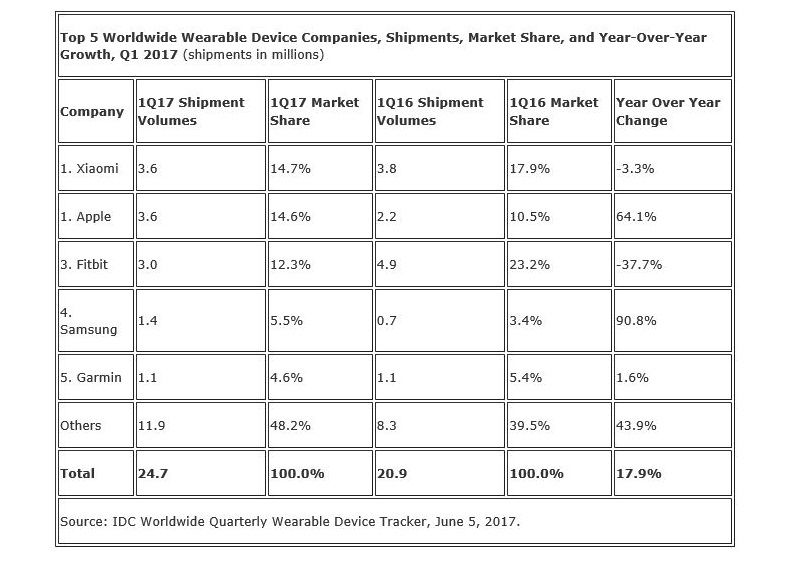 Of course it's common for statistics from competing sites to differ if not wildly differ from each other. It's common, for instance, for Gartner and IDC to show very different statistics when it comes to PC shipments.

Though politics are politics and now that IDC is owned by the Chinese, we'll have to keep an eye on their stats a little closer when they involve Apple..

IDC noted in today's report that "Apple saw sustained demand for its Watches nearly two quarters after the Series 1 and Series 2 versions launched to the market, and recorded the second highest year-over-year growth among the leading companies. The Series 1 and 2 have been a welcome change from the higher priced and undifferentiated experience found on the original Apple Watch from a year ago, attracting both first-time users and those seeking to replace their previous Watches."

Regading Xiaomi, the IDC report noted that "More than 96% of its shipment volume – primarily fitness tracking wristbands – remained within China, and many were shipped as part of smartphone bundles to consumers. The company is branching out from wristwear, having announced its "90 Minutes Ultra Smart Sportswear" shoes powered by Intel's Curie."

By blindly reporting stats based on "shipments" alone instead of actual sales, Xiaomi's many wearable giveaways, as noted by IDC, gave them a half hair lead over Apple who never gives away products. On that basis alone IDC should have given Apple the lead as no giveaways from Apple are on record. The clear impression is that politics gave the win to Xiaomi.