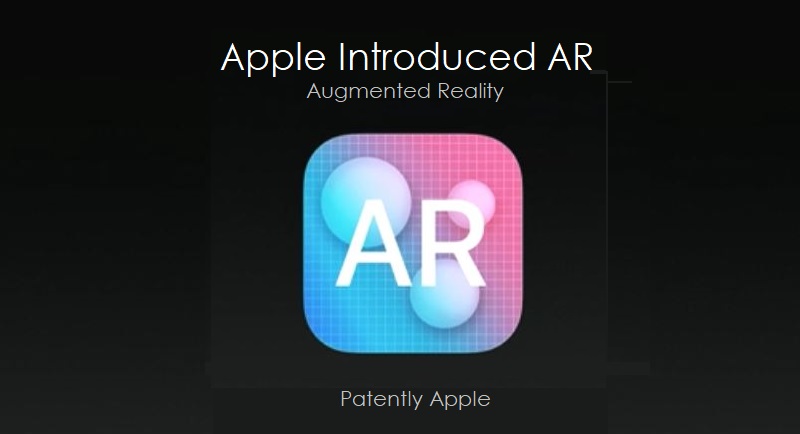 Yesterday Patently Apple posted a report titled "While the State of VR Headsets is at a crawl today, the Market is set to Explode with Vitality later this Year." While the report primarily took a look at the current state of the VR market and what's coming this fall, I dedicated one segment of the report about Augmented Reality that's likely to launch on the iPhone in Q4. I have to admit it was a bit of stretch for this year but evidence was beginning to mount that it might just happen. I had pointed to Google's new smartphone feature called Google Lens and how something like that could be coming to the iPhone.

The report noted that "This is where Apple could slowly introduce Augmented Reality into the mainstream before leaping to a full blown headset. Apple was recently granted a patent on this feature and Apple's acquisition of Metaio puts them in a great position to deliver top quality AR experiences on future iDevices.

ARKit is a new framework that brings augmented reality to hundreds of millions of iOS devices by allowing developers to easily build unparalleled AR experiences. By blending digital objects and information with the environment around you, augmented reality takes apps beyond the screen, freeing them to interact with the real world in entirely new ways. Like never before, games and apps can offer fantastically immersive and fluid experiences that are out of this world, yet virtually within it.

In the first demo of AR on an iPhone app being distributed to their developers this week, Federighi put on an incredible demo. Below you see him touch the "+" button to pull up a menu of items that could be placed anywhere on the demo table. He chooses cup and bam, a cup of coffee is on the table with live steam coming from it and shadows around the cup always able to shift accordingly. Federighi pulls up another item, this time a lamp. He then turns on the lamp and then effortlessly moves the items around the table in real time always changing shadows according to the stage lights. 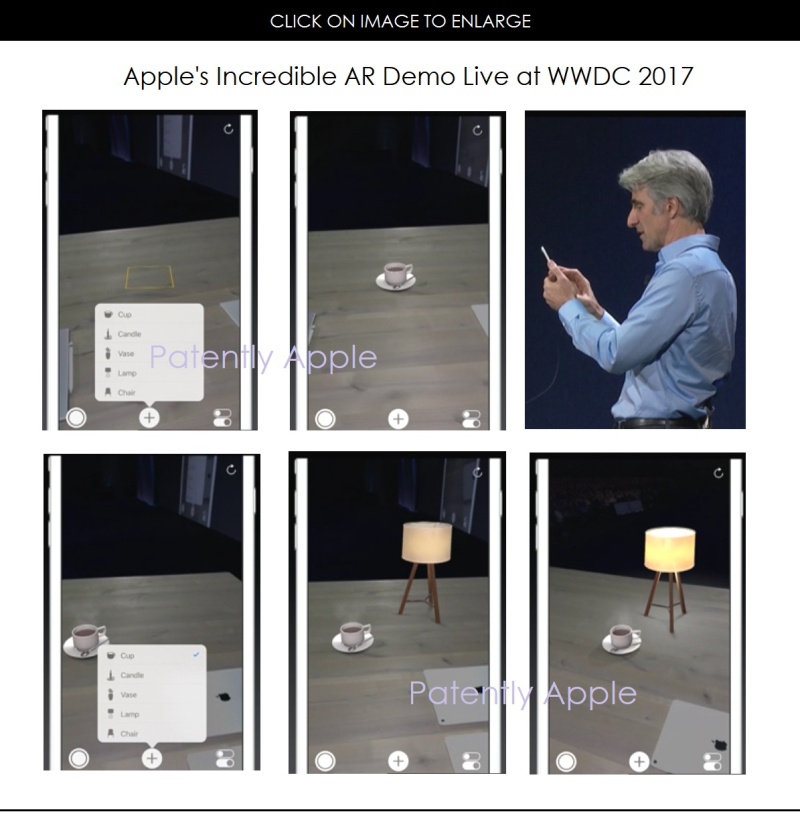 After his first demo Federighi noted that will hundreds of millions of devices being able to run AR, Apple will have the largest AR Platform in the world! 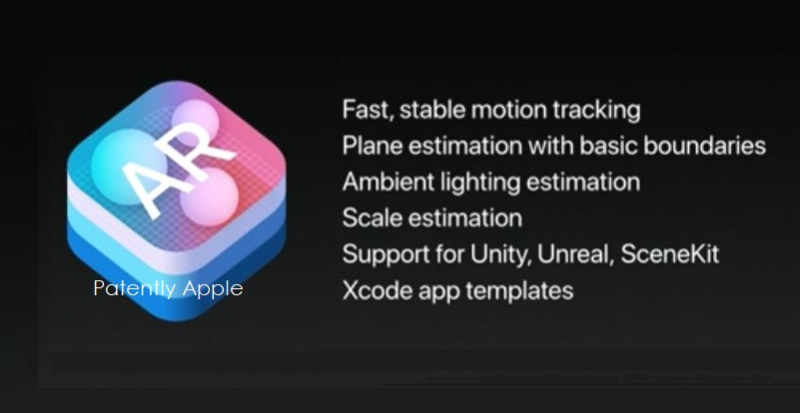 Apple's Craig Federighi then introduced Alasdair Coull, creative director of 'Wingnut AR', a company that was started by 'Lord of the Rings' director Peter Jackson. It's a new company dedicated to creating AR content. Their demo was mind boggling.

It made Microsoft HoloLens demos look like child's play. This is one demo that you have to see on Apple's event video to believe it. And this is the quality coming to the iDevices right out the gate. It was simply amazing. The little characters walking around the environment and ships attacking the town: Stunning realism on an iPad. The iPad's camera points to a desktop and the content understands the environment in which it has to display this game using 'Computer Vision.' 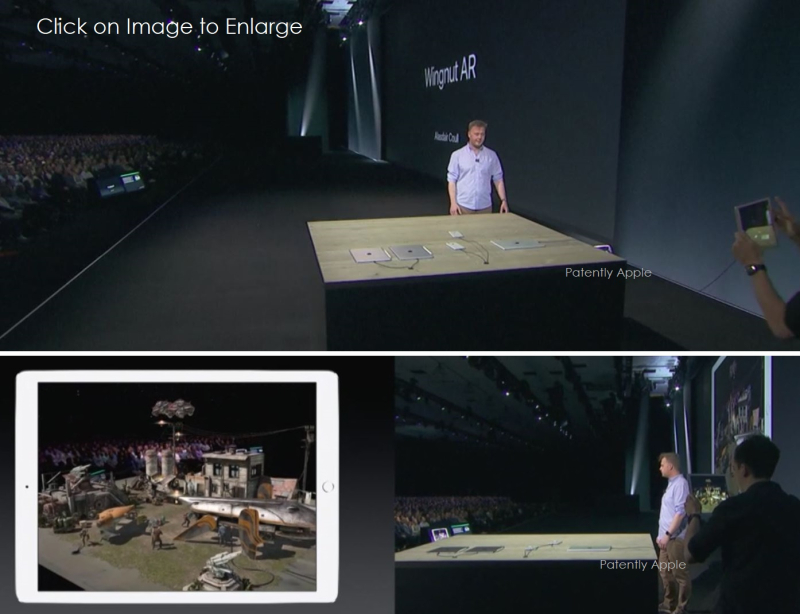 If there a single moment in the WWDC 2017 that blew me away, it was this one with AR, with Apple's Schiller introducing HomePod being a very close second.

If anyone had any doubts about Apple's position with Augmented Reality, I'm sure that they doubt no more. The demos were live not filmed which made it all the more stunning to think where Apple could take this technology on iDevices in the future.

Apple's work on Augmented Reality is going to blow every competitor out of the water. Between the AR demos and Apple's stunning HomePod introduction, Apple definitely hit a home run out of the park with this year's WWDC keynote and there's even more excitement coming this fall.

I'm sure that Samsung and other Apple competitors never saw this coming. Apple has just set the excitement level for the fall's iPhone 8 through the roof.

In an exclusive interview with ABC News back in September, Apple's CEO Tim Cook said the he favored augmented reality (AR) over virtual reality (VR), and suggested the emerging technology may be more commercially viable because it allows users to be more "present." After seeing today's AR demonstration it's easy to understand Cook's exuberance of the technology coming to iOS devices.

Apple was granted a design patent over the weekend in Hong Kong for the Siri logo, the one that was shown for watchOS today. Our report pointed to the logo being associated with smartglasses. Now that I've seen Apple's AR demo, it's easier to understand how the glasses could be an iOS accessory. Instead of holding up an iPad as they did today to play an AR game, it would be so much easier projected onto a headset to keep a user's hands free to operate a controller.

Yes, interesting times are ahead – that's for sure.