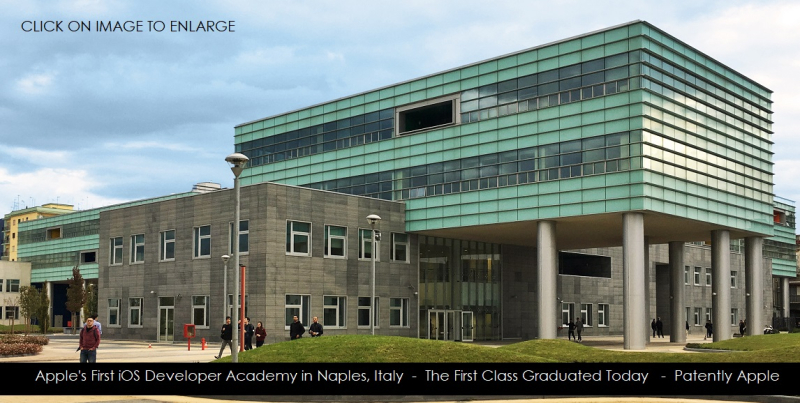 Apple opened the first iOS Developer Academy on October 6, 2017 to train app developers on the world's most exciting and innovative software ecosystem. An initial class of 100 students are beginning their one-year training at a new center at the University of Frederico II in Naples. Today Apple's Vice President of Environment, Policy and Social initiatives was on hand as the first class graduated today and received their certificates. A group photo is noted below. Note that all of the photos in this report can be enlarged by clicking on them. 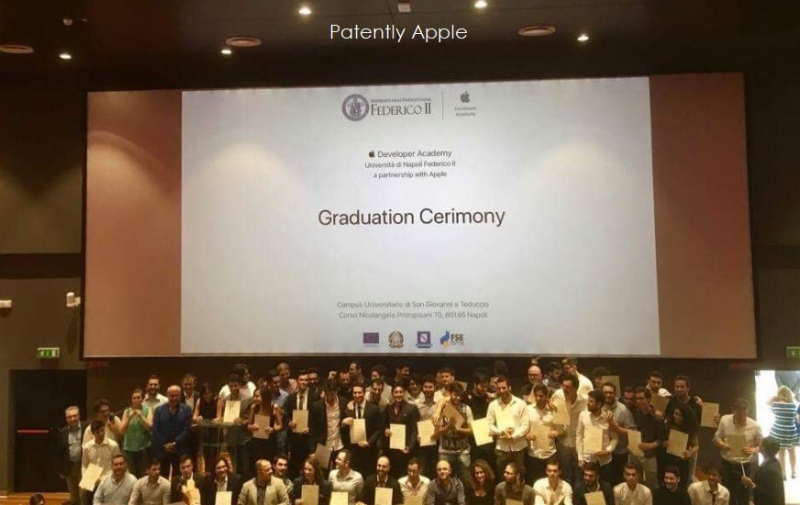 Afterwards there was a celebration of the event where we see Apple's Lisa Jackson and Rector Manfredi crack a bottle of Martini & Rossi Asti ( Italy's champagne) as noted in the photo below. 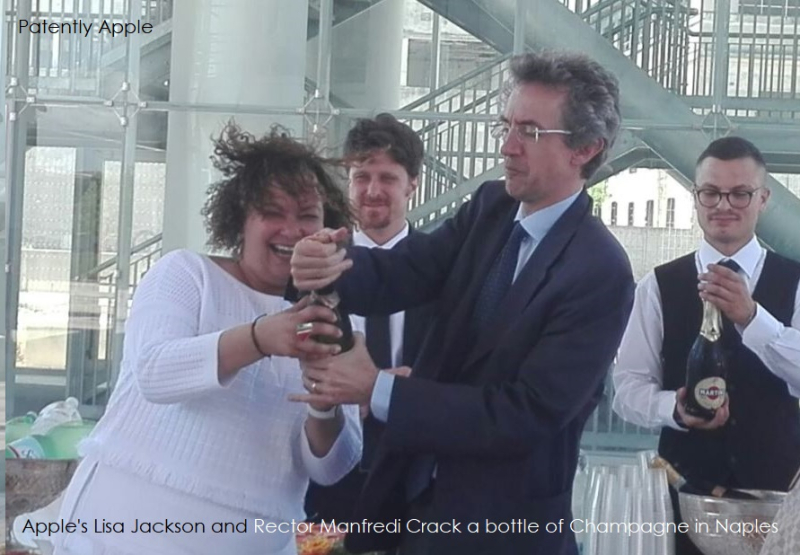 Apple's Lisa Jackson also tweeted out a nice photo of the first class to graduate. Jackson is front center in the photo. 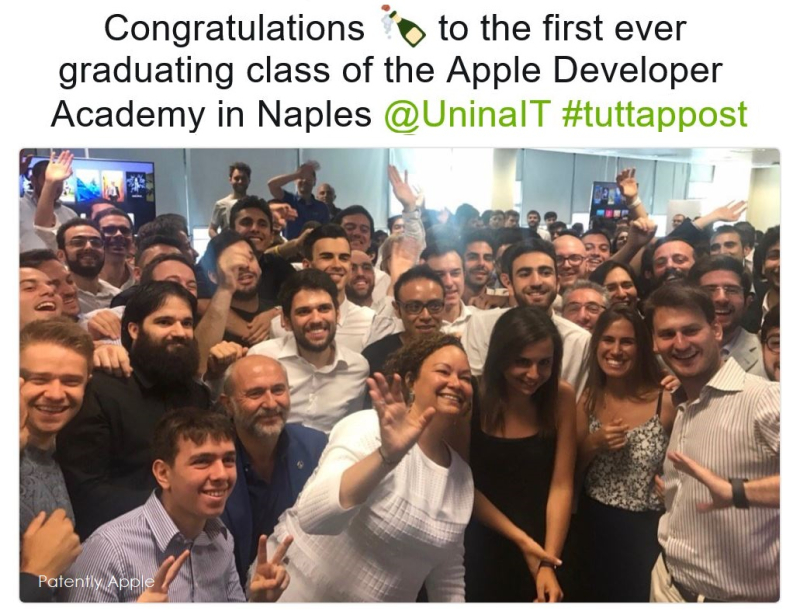