While most Apple sites cling to predictions from Foxconn insiders, Apple patents often times predict Apple trends and products years in advance and yesterday was another example of that. Apple's Phil Schiller introduced HomePod and went into detail how the device can figure out the size of room and deliver quality sound to it accordingly. This was what was described in an audio patent that we covered back in April. Then Apple introduces iOS 11 features and one of them covered peer-to-peer payments as noted below. This was covered in a pair of detailed patent reports. 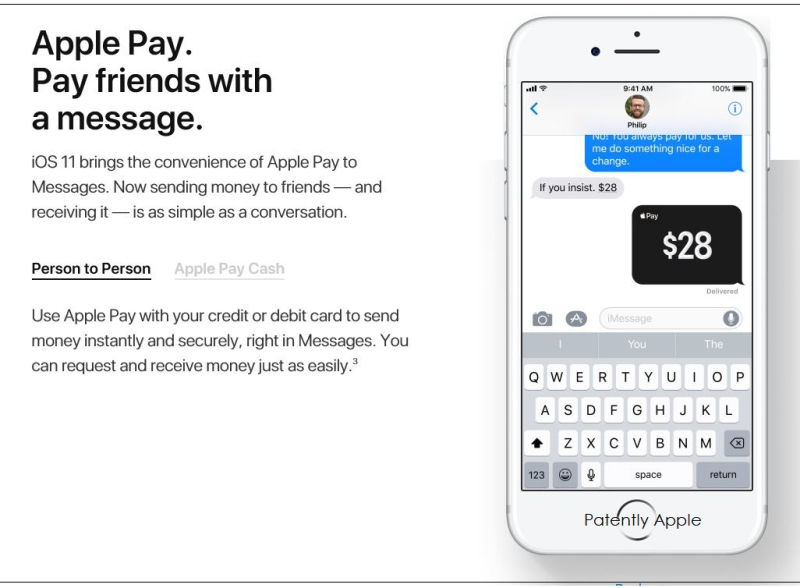 The first patent report on this feature surfaced close to two years ago this July and titled "Apple Working on new Apple Pay Wallet service for Person-to-Person Financial Transactions." The second patent was published by the U.S. Patent Office in November 2016 or seven months ago and covered in our report titled "Apple Patent Shows Siri being used in an iMessage Thread to Send Funds to a Friend using Apple Pay." These are now patents fulfilled.