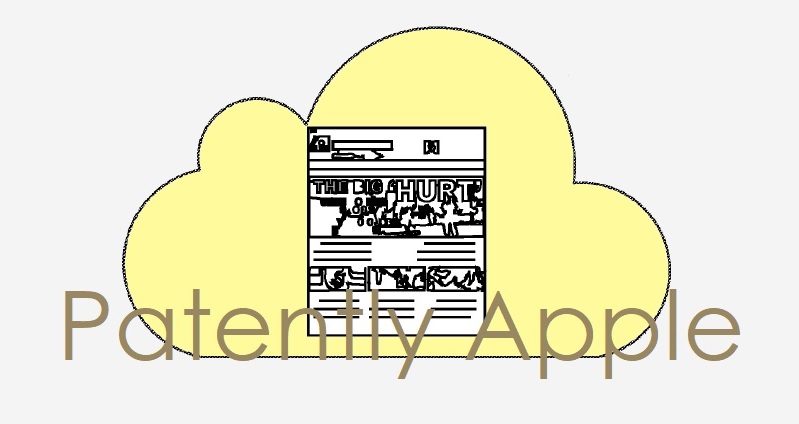 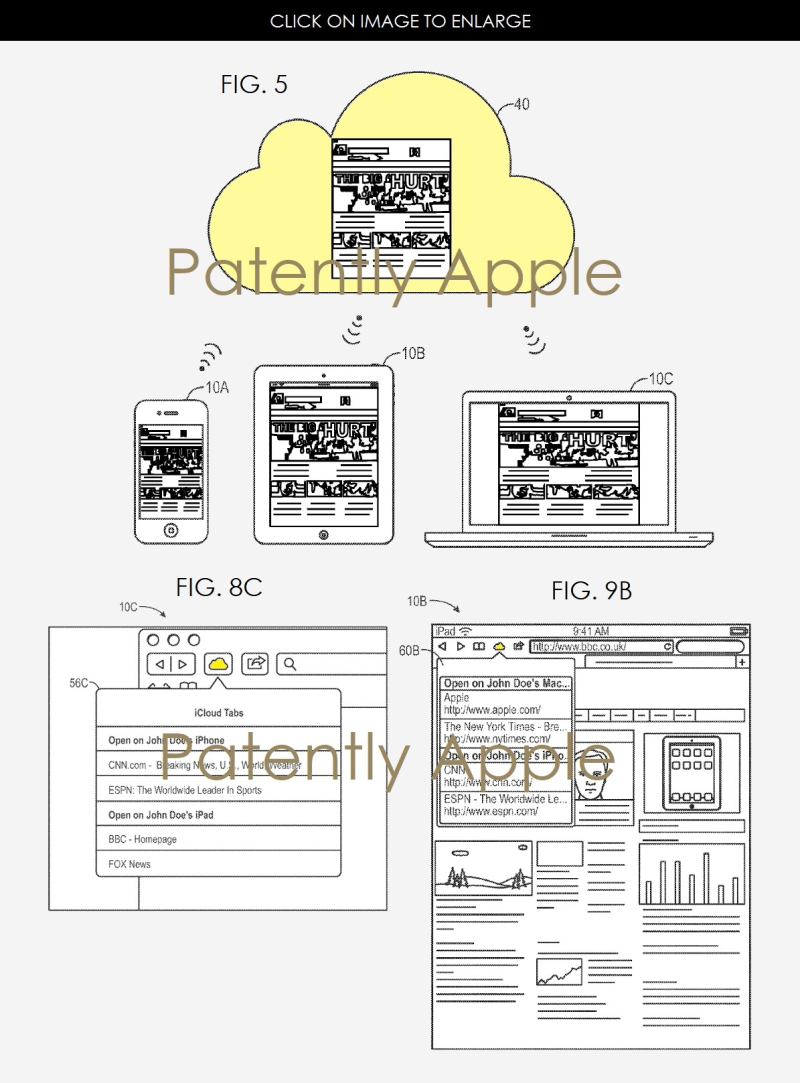 Apple's patent FIG. 5 noted above illustrates a schematic view of multiple electronic devices linked together via a cloud computing service; FIG. 8C illustrates a drop-down tab screen #56C on MacBook (the same applied to iDevices); FIG. 9B illustrates an example of a screen or drop-down tab for an iPad, that show websites that have been accessed or opened by the other device when the tablet device is in a private browsing mode.

If you're not familiar with this feature, you could learn all about it on Apple's web page titled "Set up and use iCloud Tabs.

Apple's granted patent 9,680,927 was originally filed in Q2 2012 and published today by the US Patent and Trademark Office. To review Apple's granted patent click here. Apple notes that in OS X Yosemite or later, users can also use Handoff to move Safari pages between your Mac and your iOS devices.

The key design patents that were granted to Apple today include the Apple Pencil and two display stands as noted below. 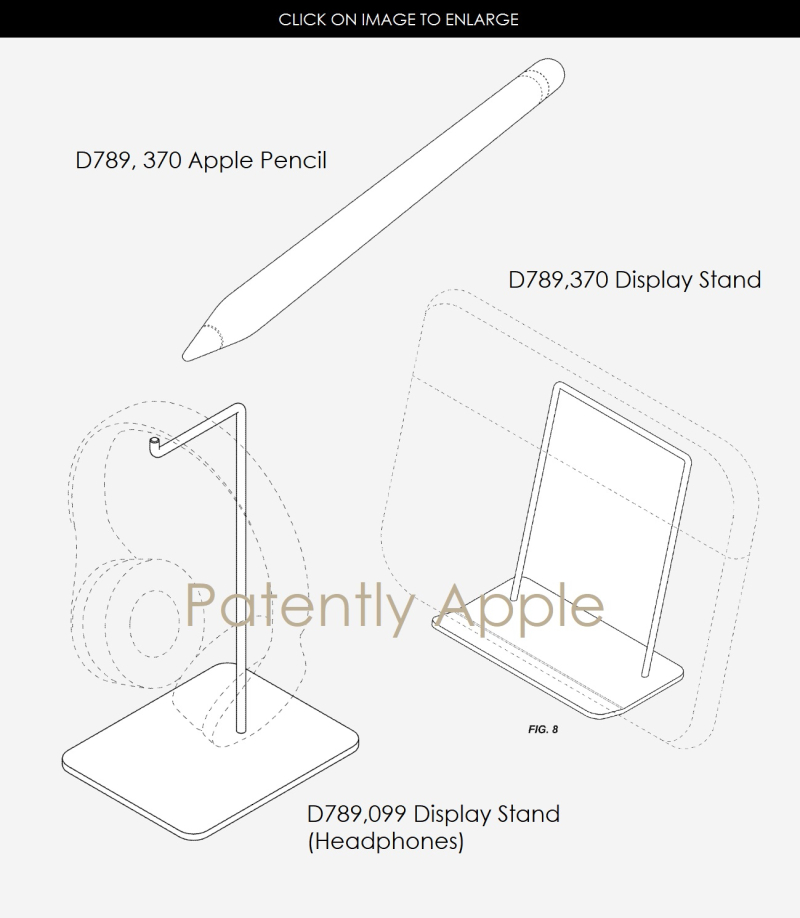