Apple's WWDC 2017 keynote kicks off on Monday morning and the buzz is that Apple will introduce a new Siri home device that will be Apple's entry into a space that is now dominated by Amazon's 'Echo' and Google's 'Google Home' devices.

Yesterday the Hong Kong patent office granted Apple two design patents for two distinct Siri icons. I was hoping to find a number of new features in their international classes that would confirm new Siri services added to their standard list that is known today. While there was no home run to be found that would relate to a new home device specifically, there were two interesting entries.

Today, Siri can make a reservation at a restaurant but not a hotel. The new entry under international class 09 covers making hotel reservations. The other new item is under the "remote control for" category and under that list it now includes "smart glasses" which was also added to Apple's smart glasses patent back in January 2017 and another earlier this month. You could check out the class details in our report as there could be more to discover. Our report also includes two jumbo graphics below.

Apple is likely to update their Siri icon class coverage once their new device comes to market later this year. The other classes the icons were filed under include #35 and #42. Class 35 covers basic advertising and marketing while class 42 covers IT services, browsing and retrieving information. 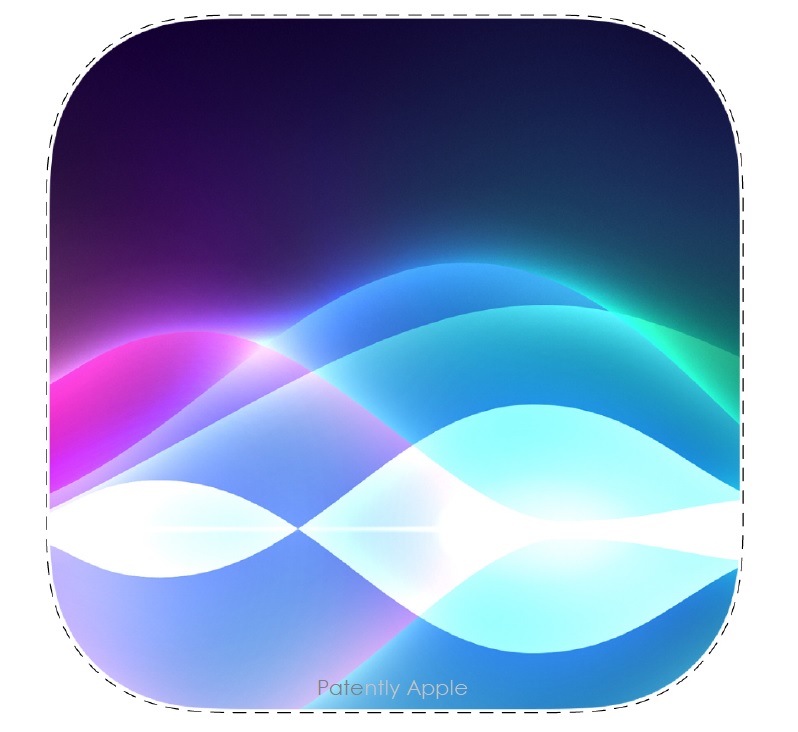 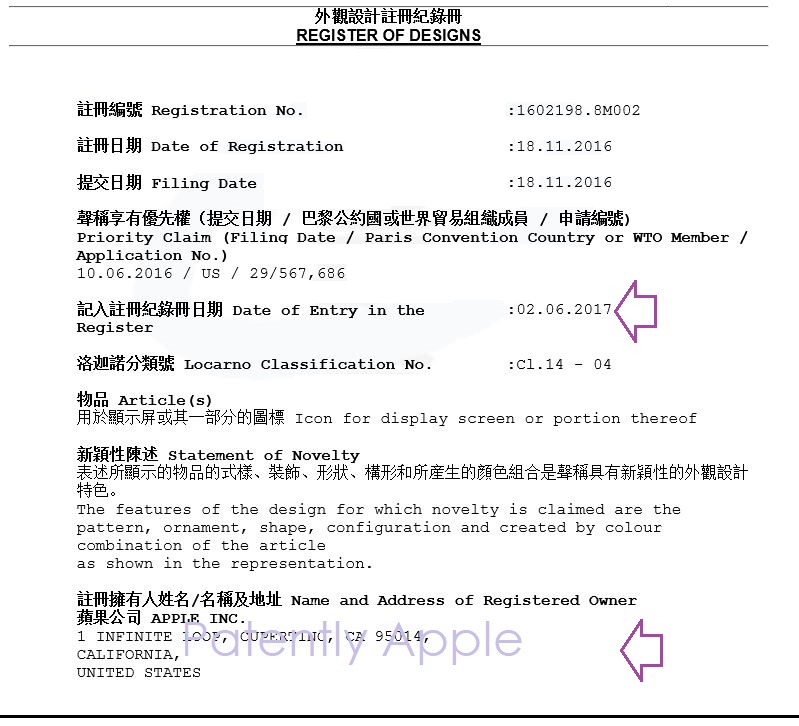 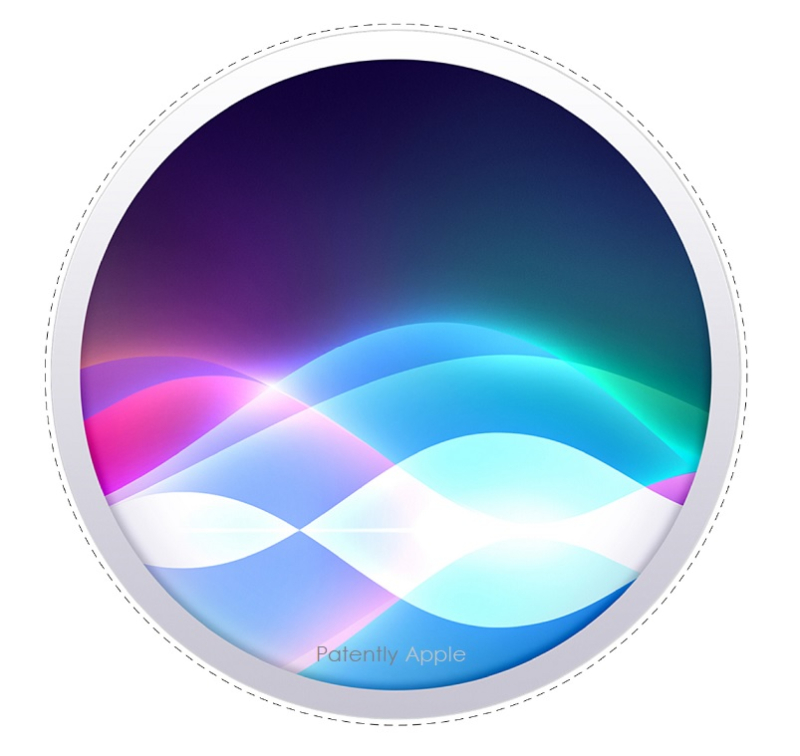 Apple's Siri Icon was filed under International Class 09 as noted in full below. Apple's European registered patent number is 016063372 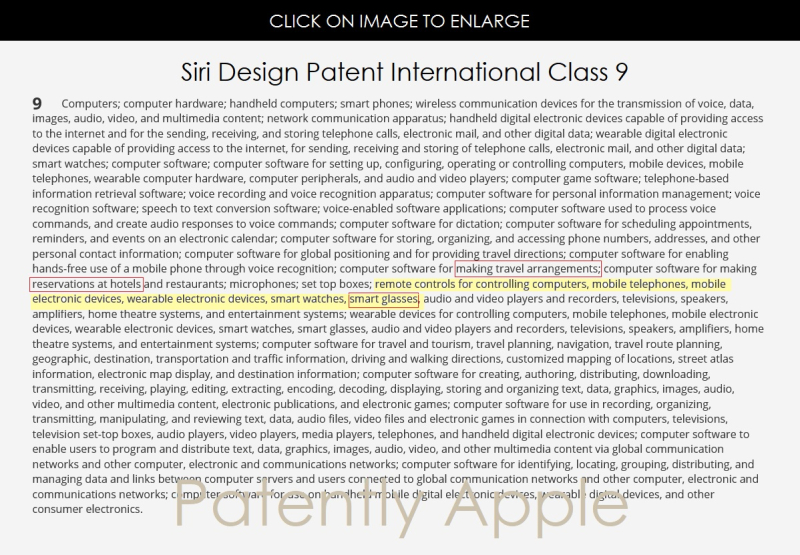