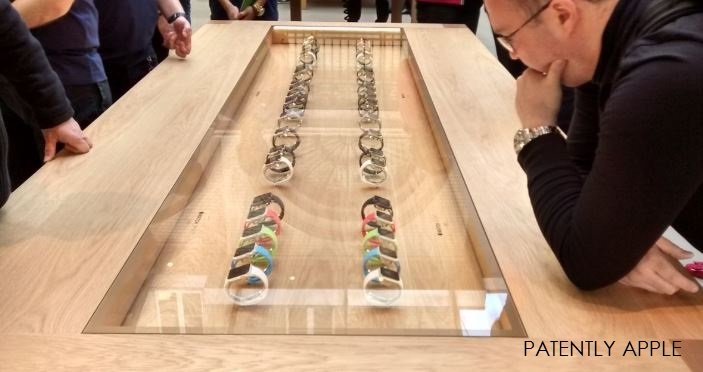 The U.S. Patent and Trademark Office officially published a series of 54 newly granted patents for Apple Inc. today. In this particular report we cover a possible future digital magazine device, Apple's insanely sophisticated Apple Watch table and the original iPad Pro design patent. We wrap up this week's granted patent report with our traditional listing of the remaining granted patents that were issued to Apple today.

Apple's newly granted patent covers their invention relating to an apparatus and method to communicate multimedia documents or content to a mobile or fixed device over a wireless network. In particular, the mobile or fixed device may be configured as a digital periodical or advertising device to transmit and receive converted multimedia documents or content delivered using multimedia messaging service over a wireless network. 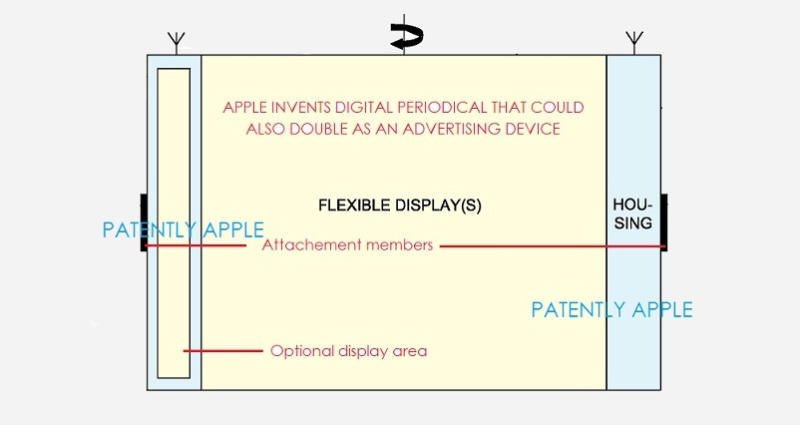 Apple's patent FIG. 2 noted above is a diagram of a digital periodical or advertising device having an electronic flexible screen or display.

Patently Apple covered this as a patent application back in October 2014 and for more details and graphics click here. Apple's granted patent 9,684,341 was published today by the US Patent and Trademark Office.

Apple's newly granted patent covers their invention relating to their very advanced Apple Watch table found in most Apple Stores. The table has a simple elegance to it but still looks like a simple table with cavity to hold watches and a glass top. But that's not the case. Apple has a built-in cooling and security system, temperature sensors, audio sensors and so much more it's crazy. 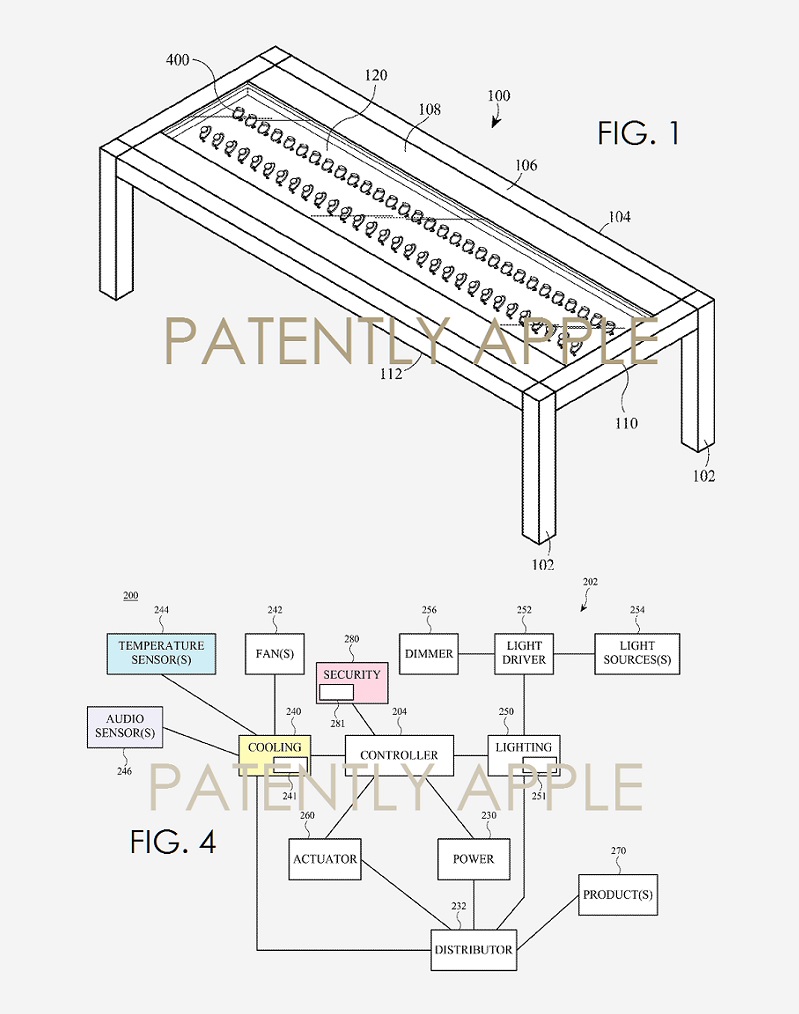 Patently Apple first covered this invention back in March 16 and you can check it out for more details here or review granted patent 9,681,759 here. 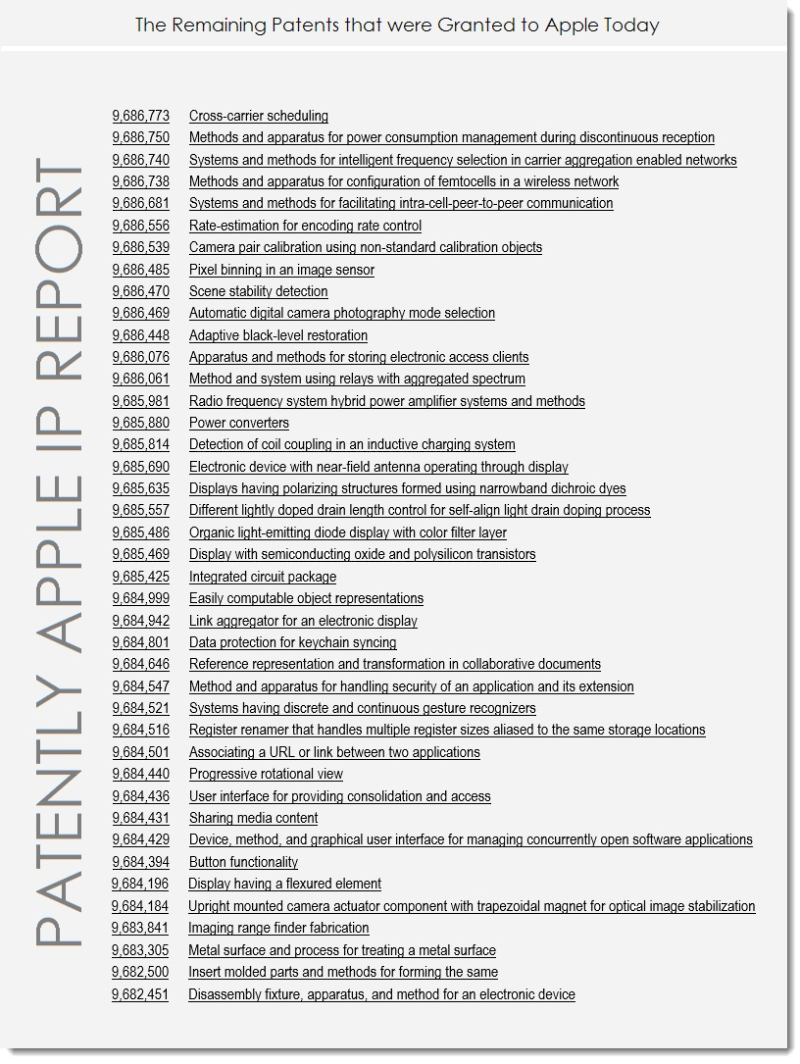