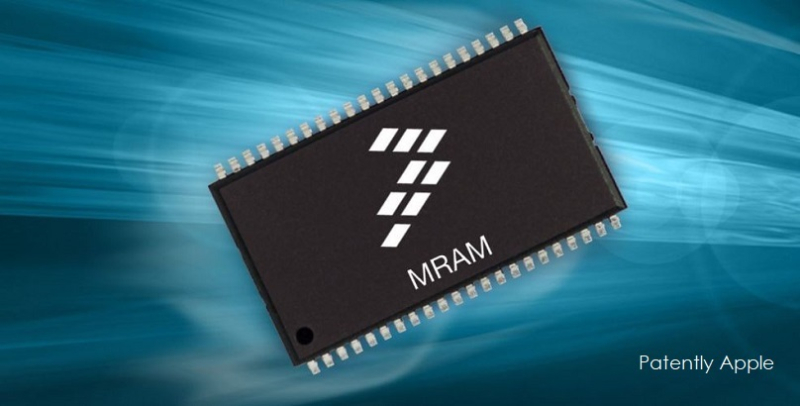 It was reported last year that Apple was once again to use Samsung for memory chips in their 2017 iPhone 8. Then in April Patently Apple reported that Samsung would be introducing a new MRAM Memory chip set for 2018 devices that would mark a breakthrough. The advances, as noted in the graphic below, illustrate the leap that could be coming to future iDevices, especially the iPhone. The next generation of embedded MRAM memory will specifically support "real-time vision processing and 3D mapping updates," which translates to supporting mixed reality headsets and applications. This is likely something that Apple will be interested in adopting.

It's being reported today that Samsung Electronics is preparing for the "fourth industrial revolution" by mass producing faster and more efficient chips for smart and connected devices with always-on displays, cementing its leadership in the global memory market.

As part of its latest move, the Korean chipmaker made around $1 billion worth of investments in its production facilities in Austin, Texas, as of this month. The facilities are operated for advanced system-on-chip products, which are supplied for mobile and other electronic devices. 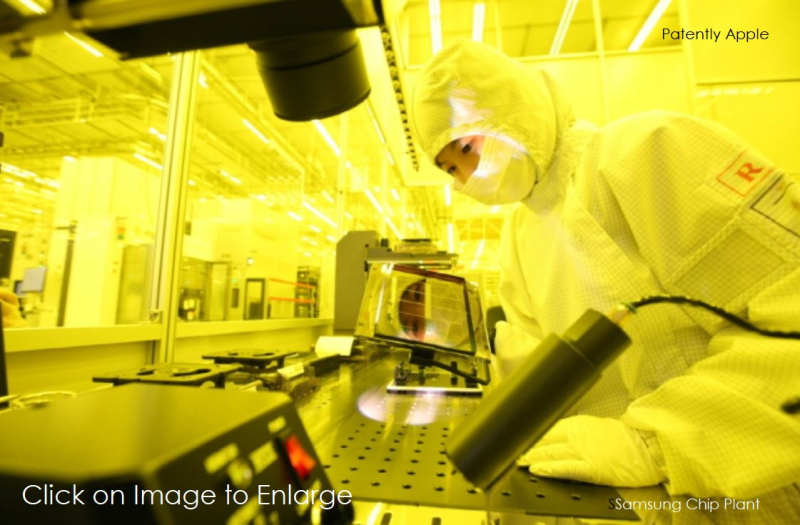 Samsung Austin Semiconductor, the operator of Samsung's chip production in the US, contributed $3.6 billion into the regional economy of central Texas in 2015, according to a local study there. The company also supported 10,755 jobs in the area and $498 million in annual salaries. Since its establishment in 1997, Samsung has invested more than $16 billion on the expansion and maintenance of its Austin facility.

The newest investment is interpreted as Samsung's intention to enhance its system LSI chip business along with its powerful memory chip business, as it foresees growth in demand for various System-on-Chip products in the era of the fourth industrial revolution.

In order to support the production of faster and more efficient chips and processors, Samsung has unveiled a roadmap for a comprehensive foundry process technology, which aims to improve the process technology to more sophisticated levels.

Yoon Jong-shik, executive vice president of the foundry business at Samsung Electronics at the Samsung Foundry Forum held in Santa Clara, US, in May stated that "The inclusion of new process technologies will enable an explosion of new devices that will connect consumers in ways never seen before."

Global demand for 3-D NAND flash chips is on the rise as the consumption of data on mobile devices is growing at an explosively rate. The global NAND flash market is forecast to rise 6.1 percent on average annually by 2020, according market researcher IHS. Samsung is already the world's largest NAND chip provider with a 36.7 percent market share.

The company will start operation of a new NAND chip plant in Pyeongtaek, Gyeonggi Province, at the end of this month, in order to respond to the growing demand and help ease the current short supply.

To solidify its leadership in the memory market, Samsung intends to expand production of the latest V-NAND chips to above 50 percent of its monthly NAND production by the end of the year, the company said.

Apple will be introducing Augmented Reality with their next-gen iDevices with iOS 11 this fall. With Samsung moving to mass produce their new eMRAM chips for mobile devices in 2018 that supports real-time vision processing for Virtual and Augmented Reality applications, Apple may be able to adopt this chip as early as 2018. More importantly, it may provide Apple the power to introduce their future headset or smartglasses accessory that's been in the works for years.