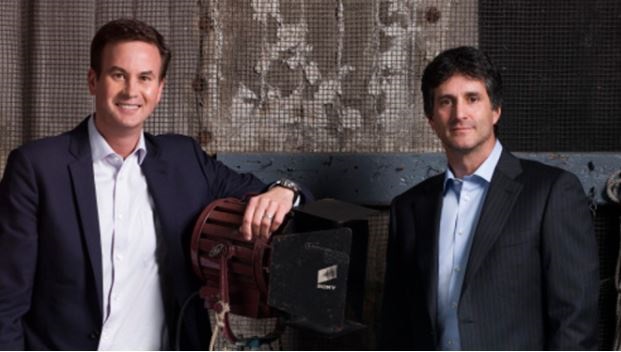 It's being reported today that Apple has hired longtime Sony Pictures Television presidents Zack Van Amburg and Jamie Erlicht for newly created posts overseeing worldwide video-related programming and content. Eddy Cue, senior vice president of Internet software and services stated today that "Jamie and Zack are two of the most talented TV executives in the world and have been instrumental in making this the golden age of television. We have exciting plans in store for customers and can't wait for them to bring their expertise to Apple — there is much more to come."

Van Amburg said in a statement for the press that "Apple has a relentless focus on delighting customers with their products. We will bring that same intention to Apple's programming and we could not be more excited about what lies ahead."

According to Variety, the new hires have been together at Sony TV since 2005 and have shepherded more than a few hits all over the TV landscape, such as NBC's 'The Blacklist,' ABC's 'The Goldbergs,' AMC's 'Breaking Bad' and 'Better Call Saul' and Netflix's 'The Crown.'

Apple's new content chiefs could conceivably push beyond their core competency in TV to original films; they may also be in position to produce content that ends up outside Apple either for its entire run or after a brief window within the company's massive global ecosystem. Having someone who can sort through those challenges is likely a big part of what attracted Cue to Van Amburg and Erlicht, who played an instrumental role in fueling the emergence of myriad cable networks and streaming services by often being the first studio to hammer out deal terms with entities new to premium programming.

They could partner with existing studios to bring in series or set up their own studio–perhaps even acquire an existing studio. The possibilities are endless, and will no doubt be one of Hollywood's next big guessing games. There may also be more key hires to come as Van Amburg and Erlicht staff up." Read the full Variety report for more on this development.

Apple fans have been patient over they years hoping for Apple TV to go far beyond its never ending hobby stage. While Apple TV still disappoints and continues to get spit on by the media, it sounds like the long awaited next-gen TV and services could be ready to rock'n roll later this year. While it'll probably mean having to purchase yet another Apple TV box to support Apple's new video standards, it could be worth it if they finally give us something to get excited about.