Today the US Patent & Trademark Office published a patent application from Apple that relates to a next generation iPhone case that incorporates wireless charging. Apple notes that "The removable case may be coupled to the electronic device using wired and wireless paths. These paths may be used to convey power and data between the case and the electronic device. Last month Patently Apple posted a report titled "Apple Seeks License from FCC Covering new Wireless Millimeter Wave Technology Found in a Recent Patent Filing." Apple's first millimeter wave patent surfaced in April in context with new wireless patch antennas. Today's patent shows that the new iPhone case would use millimeter wave technology. Apple indicates that this kind of wireless charging may be used with future smartglasses, head mounted systems, Apple Watch and other Apple devices known and unknown. 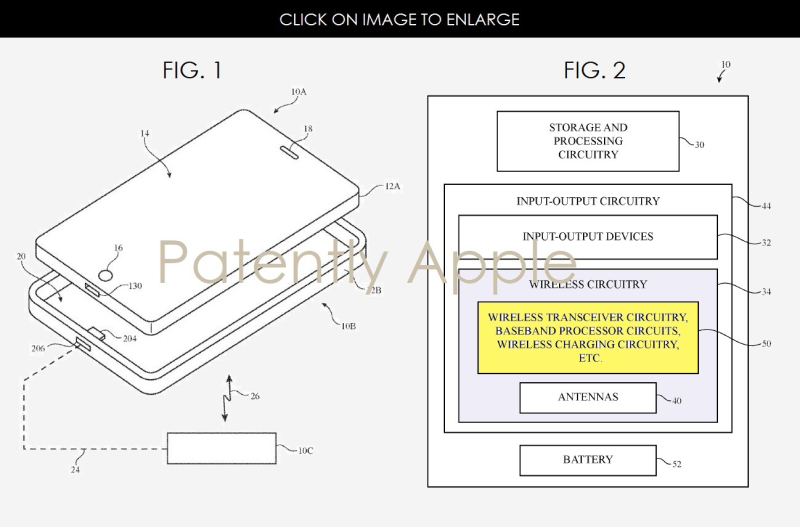 Posted by Jack Purcher on June 15, 2017 at 06:37 AM in 1A. Patent Applications, Apple Accessories, Wireless technologies, Satellite | Permalink | Comments (0)