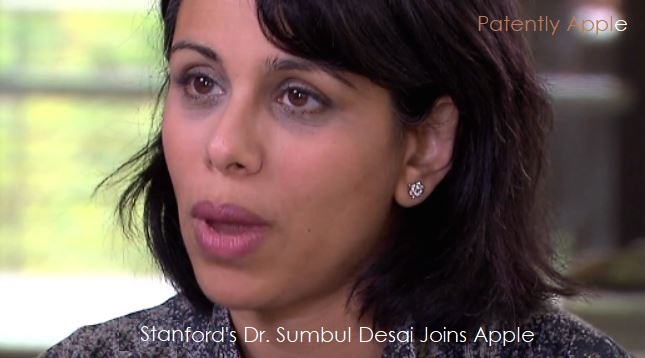 Apple has quietly scooped up Dr. Sumbul Desai, the executive director of Stanford Medicine's center for digital health, who led a groundbreaking telemedicine project there and has been overseeing a project to promote health uses for the Apple Watch.

Desai will serve in a senior role at Apple in the growing health team but will continue to see patients at Stanford, said people familiar with the move.

It's unclear whether Desai will oversee the company's existing digital health efforts, such as its software frameworks ResearchKit, HealthKit and CareKit, or head up an unannounced project. Either way, the people said, it demonstrates that Apple is taking its health ambitions seriously.

At Stanford, Desai was involved in a number of digital health projects with big tech companies and start-ups, including Apple. At Stanford's digital health center, she worked with Silicon Valley technology companies to test and develop new tools in collaboration with the university's medical experts. For more on this story read the full CNBC report here.

In April Patently Apple posted a report titled "Secret Apple Team Closing in on Diabetes Testing Breakthrough using an Apple Watch." It's no secret that Apple is putting a lot of weight behind health care projects like ResearchKit and CareKit and ensuring that Apple devices continue to focus on Health apps and more. In March we posted another report on this topic titled "Apple's iPads will help Crack the $3 Trillion Health Care Sector."

Desai's research interests involve finding new ways to use technology to improve the patient experience in health care, which overlaps with Apple's strategy in the space.