Back in February 2014 Apple hired sleep research expert Roy J.E.M. Raymann from Phillips for their iWatch team. Before joining Apple, Raymann served as a senior scientist at Philips Research working as a lead on various sleep related research projects. He founded the Philips Sleep Experience Laboratory, a non-clinical sleep research facility, and also led projects researching various aspects of sleep and activity monitoring. Today Apple was granted a patent titled "Adjusting alarms based on sleep onset latency," where Roy Raymann is listed as the leading inventor.

Apple notes that most people require a certain amount of sleep at night to feel well rested the following day. Often, when a person works, the person will set an alarm to wake them up at an appropriate time so that they can arrive at work on time. To get sufficient sleep, the person will go to bed at a time that allows for an appropriate amount of sleep (e.g., 7 hours, 8 hours, etc.). However, most people do not fall asleep right away when they go to bed. So, even if the person goes to bed at an appropriate time to provide 8 hours of sleep, the person often only ends up with 6 or 7 hours of sleep when the alarm goes off in the morning. 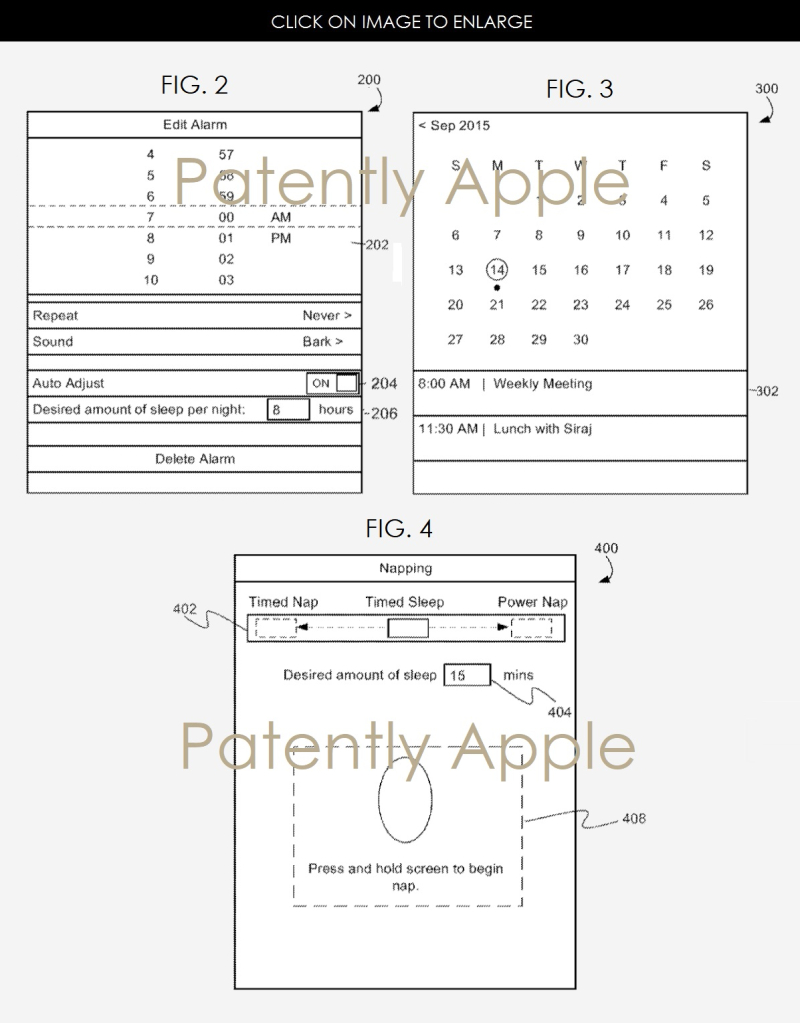 The patent notes that it monitors biometrics in the form of breathing rate, heart rate, breathing sounds and movements and more.

For more details, see Apple's granted patent 9,692,874 which was originally filed in Q3 2015 and published today by the US Patent and Trademark Office.