While IDC sees little to no Growth for iPhones over the Next Five Years, they may be missing the obvious 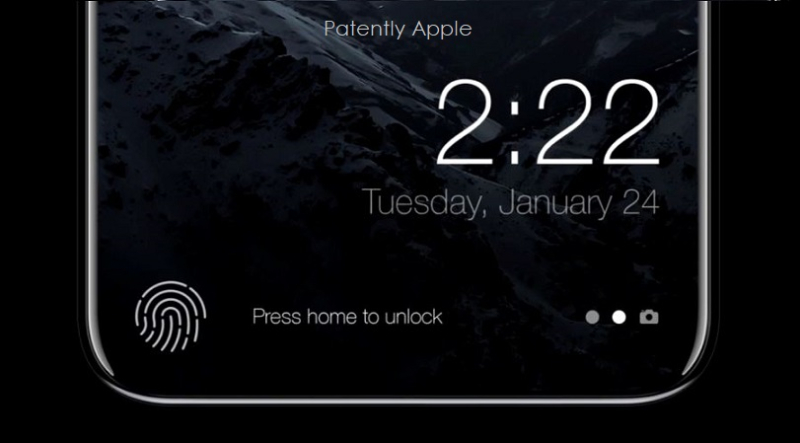 IDC reports today that worldwide smartphone shipments are expected to rebound slightly in 2017 with expected growth of 3.0% over the previous year. In 2016, year-over-year growth was 2.5%, marking the lowest growth the industry has ever experienced. With several major devices entering the market this year, IDC anticipates shipment volumes will grow to 1.52 billion in 2017. And IDC expects this momentum to carry into 2018, when smartphone shipments are forecast to grow 4.5% year over year, fueled by improved economic conditions in many emerging markets and a full year of new iPhone shipments from Apple.

Coming off the first year in which iPhone shipments declined, expectations are that 2017 volumes will grow 3.8%. IDC slightly lowered its 2017 projections for Apple in this forecast to 223.6 million, while increasing its 2018 volumes to 240.4 million. All signs point to late 2017 and certainly 2018 being very strong for Apple as much of its installed base seems ready for a refresh and the next round of iPhones is not likely to disappoint its fans. 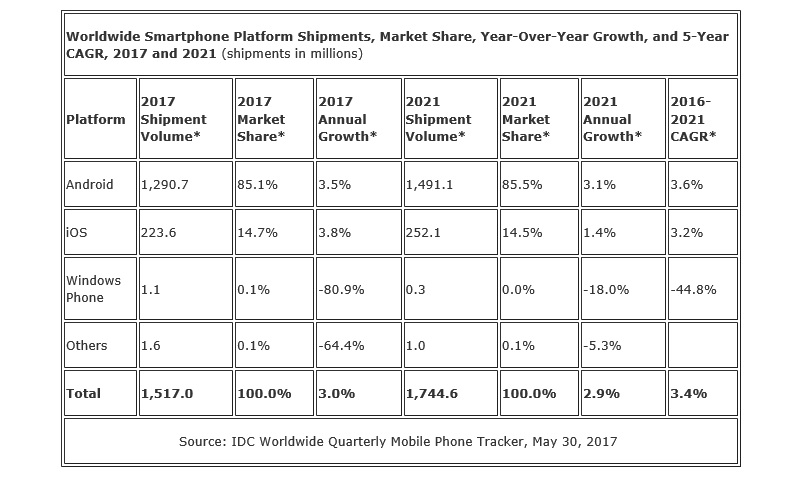 On the other hand IDC's forecast for the next five years see's the iPhone's iOS remaining the same or slightly loosing a little ground. It's possible that Apple could introduce a new Pro model that uses Apple Pencil over the next few years while strengthening their mid-market iPhone SE to be more competitive. Such moves would likely move the iOS needle for smartphone statistics.

However, the biggest increase for iOS could come from emerging markets like India. Samsung, Vivo, Xiaomi, Oppo and others are already in and lead that market whereas Apple is practically invisible statistically speaking. Any real breakthrough in that market due to a manufacturing deal with the Indian government along with new Apple Stores opening would would benefit Apple's iOS statistically over Android in terms of market share growth by 2021.