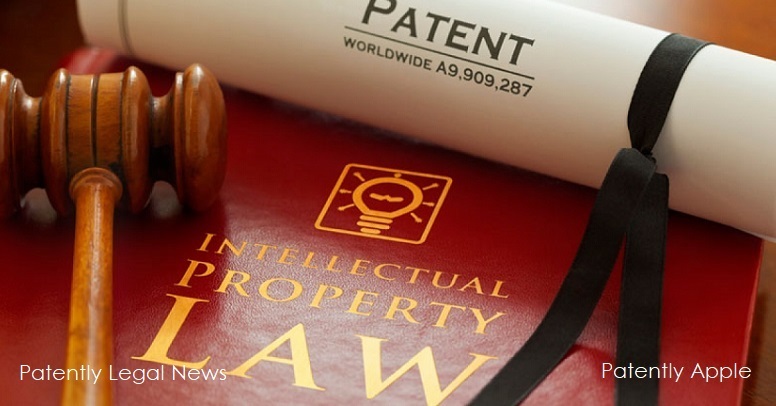 Universal Secure Registry (USR) has filed a patent infringement lawsuit against Apple. The founder, chairman and CEO of USR is recognized expert is the fields of information systems security and identity authentication, especially computer-based multifactor identity authentication. Before starting USR, Dr. Weiss founded and served for many years as the CTO and Chairman of the Board of Security Dynamics Technologies Inc., now RSA Security LLC, a part of Dell Technologies. Dr. Weiss invented the SecurID tokens and their underlying algorithm: technology that became a leading form of personal identity authentication for computer security and electronic commerce. Dr. Weiss' SecurID technology is being used by more than 150 million people, more than 90% of Fortune 500 companies, and corporations, consumers, governments, and banks in more than 30 countries. His technology has been used by all three branches of the United States government, including the Defense Department, the Treasury Department, the Senate, and the White House. The lawsuit claims that USR had meetings with Visa and sent a series of letters to Apple in the hopes of forming a partnership. USR claims that Apple and Visa then formed their own partnership leaving them out even though it was his original patented concept. 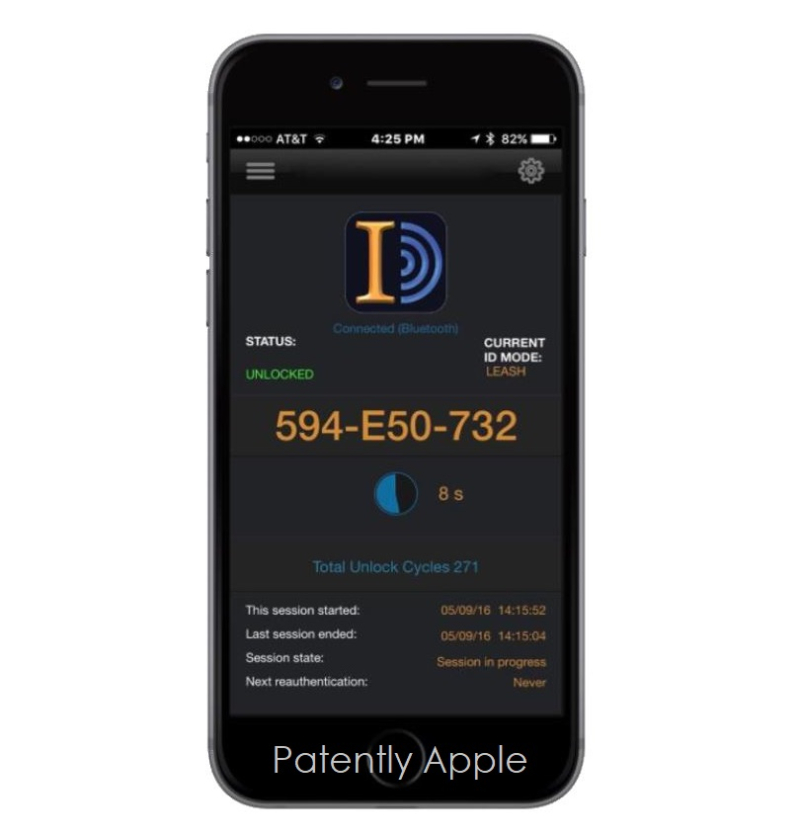 While Patently Apple covered the New York Times original story on this lawsuit last week in a report titled "Apple Sued by Universal Secure Registry for Patent Infringement regarding Apple Pay," the NYTimes report was only a simple general overview. 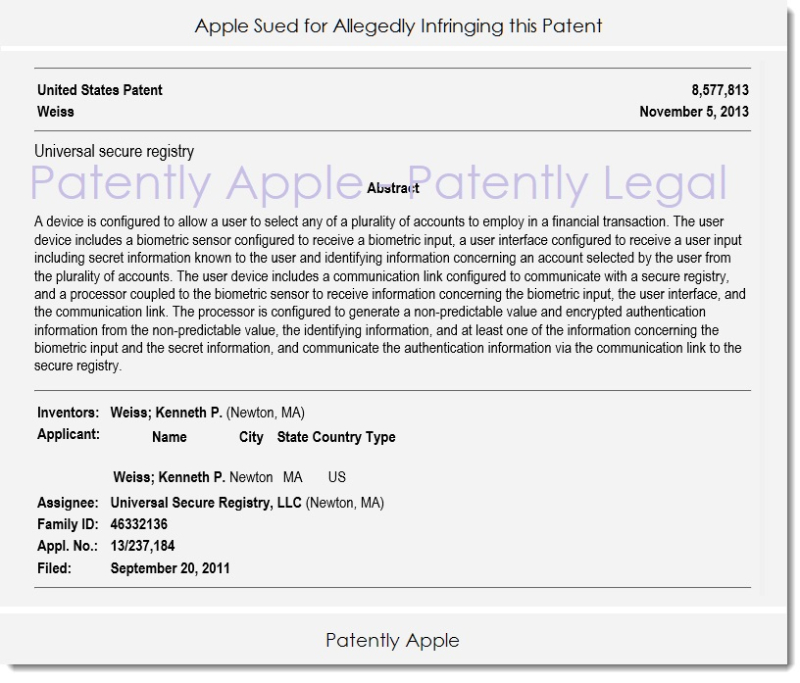 Acts Giving Rise to this Action

The patent infringement lawsuit filed by Universal Secure Registry LLC contains a segment titled "Acts Giving Rise to this Action" that provides us with an overview of the case against Apple Inc., Visa Inc., and Visa U.S.A. as follows:

"At the iPhone 6 launch event in September of 2014, Apple CEO Tim Cook explained: 'payments is a huge business. Every day between credit and debit we spend $12 billion. That's over $4 trillion a year and that's just in the United States. And this business is comprised of over 200 million transactions a day.' For decades, in a typical transaction, a customer would slide his or her card through a point-of-sale ("POS") device at a merchant checkout location, and the POS device would read information such as card number and expiration date from a magnetic strip on the back of the card. That information would pass through a card network, such as Visa or MasterCard networks, and ultimately to the issuing bank for transaction approval (or disapproval).

The traditional magnetic strip lacks adequate security and is highly susceptible to fraud. In an attempt to reduce fraud, a consortium of payment-card companies introduced the "EMV chip" into payment cards, which made them more difficult to copy. But cards with the EMV chip, too, are insecure. For example, an EMV chip does not prevent a nefarious actor from carrying out unauthorized transactions using a stolen card, or from intercepting and fraudulently using card information that is transmitted during an ordinary transaction.

Thus, the need existed for technology that would allow consumers to make payment-card transactions conveniently and with a high-degree of security. Recognizing very early on—long before Apple, Visa, and others in the payment industry—that mobile phones and other personal electronic devices provided an optimal platform to meet this need, Dr. Weiss developed and patented superior technology using such devices to provide a mobile, efficient, and highly secure system for making payment-card transactions. Dr. Weiss was the first in this space, and the secure payment technology that he developed is the core of Apple Pay.

In another letter sent to Apple on September 7, 2010, USR further elaborated that its patented technology, which employed smart mobile devices for secure financial transactions, "eliminates the need for account numbers or any sensitive or private information to be stored in or transmitted from a smart mobile device." That letter also explained that one of USR's allowed patent applications "employ[s] a biometric for identity authentication on a smart phone." On September 21, 2010, USR sent Apple another letter touting the potential benefit of incorporating USR's technology into the iPhone platform, and describing USR's growing patent portfolio.

Around the same time, USR pursued a partnership with Visa Inc. In mid-2010, Dr. Weiss and USR engaged in a series of confidential discussions with senior representatives of Visa, including then-Chairman and CEO, Joseph Saunders, and then-Global Head of Strategy and Corporate Development, Oliver Jenkyn. During these discussions, USR made detailed presentations of USR's patented technology under protection of a Non-Disclosure Agreement.

Neither Apple nor Visa ever partnered with USR. Instead, they partnered with each other and with other payment networks and banks to incorporate USR's patented technology into a service called Apple Pay, which works in conjunction with Apple products, like iPhones, iPads, Apple watches, and various Mac computers. Upon information and belief, Apple and Visa began working together on Apple Pay at least as early as January 2013, and Visa dedicated approximately 1,000 people towards the development project with Apple.

On September 9, 2014, Apple publicly launched Apple Pay in its keynote address introducing the iPhone 6. In this address, Apple touted the same benefits that USR had introduced to Apple and Visa in 2010. For instance, just as USR disclosed to Apple and Visa that its patented technology eliminated the need to store or transmit payment-card account numbers, Apple bragged to its users that with Apple Pay, "the credit card isn't stored on the device." Since then, Apple Pay's growth has been explosive.

Below Patently Apple provides you with a Scribd document covering the full patent infringement lawsuit filed with the court so that legal professionals and geeks can get sink their teeth into the details of each count in the case.

The patent infringement case presented in today's report was filed in the Delaware District Court, Wilmington Office. The Referring Judge in this case is noted as being Judge Mary Pat Thynge.

Side Note: One of the main points of this lawsuit was USR having met with Visa executives but only sending Apple a series of letters about their idea. Apple's Legal site makes it clear about idea submissions:

"Apple or any of its employees do not accept or consider unsolicited ideas, including ideas for new advertising campaigns, new promotions, new or improved products or technologies, product enhancements, processes, materials, marketing plans or new product names. Please do not submit any unsolicited ideas, original creative artwork, suggestions or other works (“submissions”) in any form to Apple or any of its employees. The sole purpose of this policy is to avoid potential misunderstandings or disputes when Apple’s products or marketing strategies might seem similar to ideas submitted to Apple. If, despite our request that you not send us your ideas, you still submit them, then regardless of what your letter says, the following terms shall apply to your submissions."