Yesterday Andy Rubin's company Essential Products Inc. launched their new Essential 'Phone' with a 5.7" high-end display at 2560 x 1320 and other decent specifications. The company also launched other products like their 'Essential Home' device which is very much like an Amazon Echo device that offers the world's first 5" round display and their own digital assistant. Rubin told Mossberg last night during his Code Conference interview that he's trying to work with Google, Microsoft, Apple and Samsung so that their new home device will also work with the digital assistant of your choice so that you're not locked into only the Essential assistant.

Essential also launched a very innovative 360-degree camera that wirelessly connects to the phone. The accessory is held in place by magnets. Rubin demoed it during his Mossberg interview and it was really cool. He aimed it at the audience and then swiped the screen to see the image rotate a full 360 degrees. Nice accessory for a smartphone or future tablet.

I took some time yesterday afternoon to look up Essential's patents to see if they would reveal anything about their present line-up or possible future products – and this is primarily what this report is about. 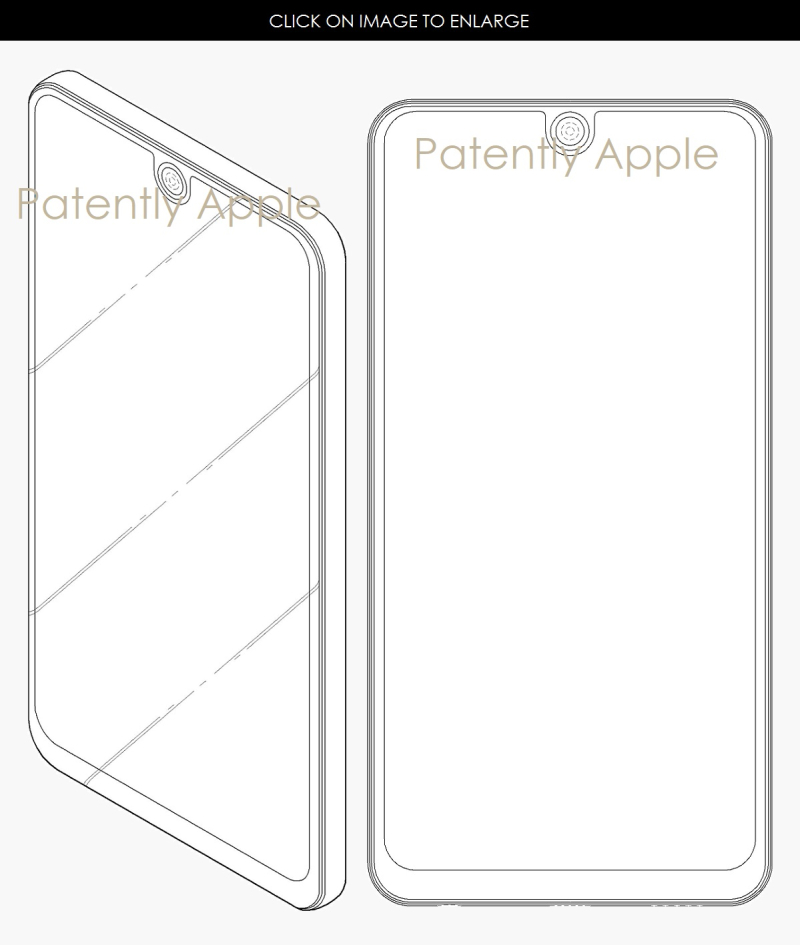 Without a doubt the face of the smartphone is in fact the design that Andy Rubin ran with and his connection to LG is well established. However, the backside of the granted design patent is shown to be completely blank. This is where Essential's secret sauce comes into play via U.S. patent 20170126268. 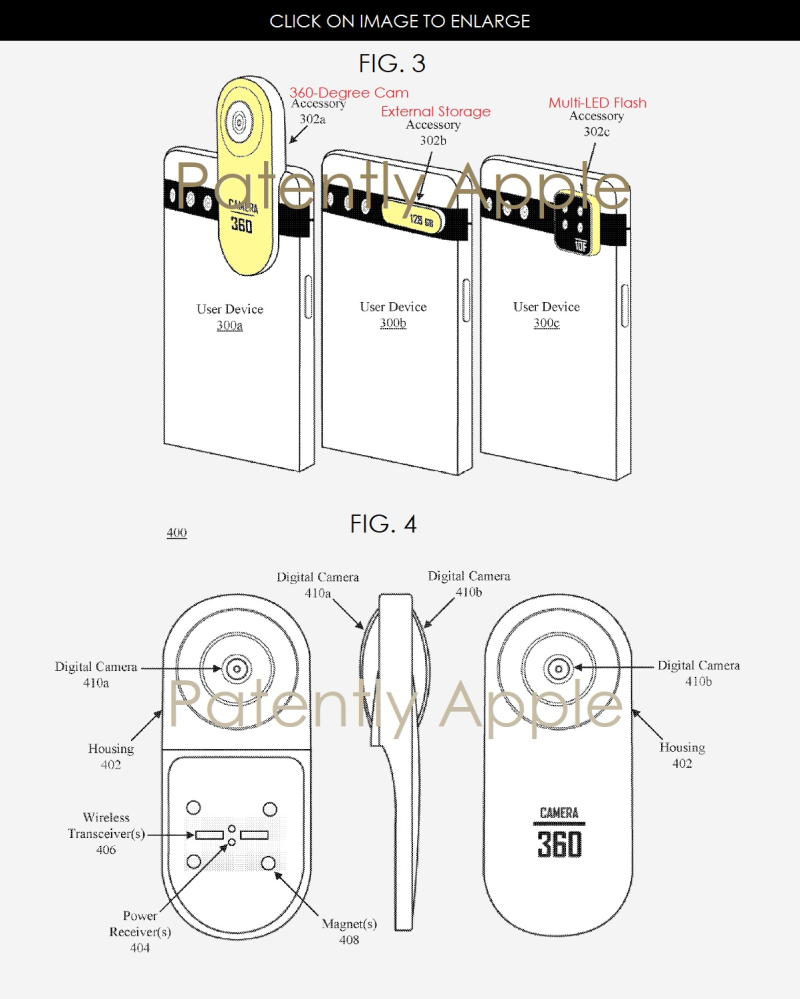 Essential's patent FIG. 3 noted above depicts various accessories that are attached to user devices that include wireless accessory buses; FIG. 4 includes front, side, rear views of a camera accessory having multiple digital cameras that are capable of capturing a substantially 360 degree field of view. 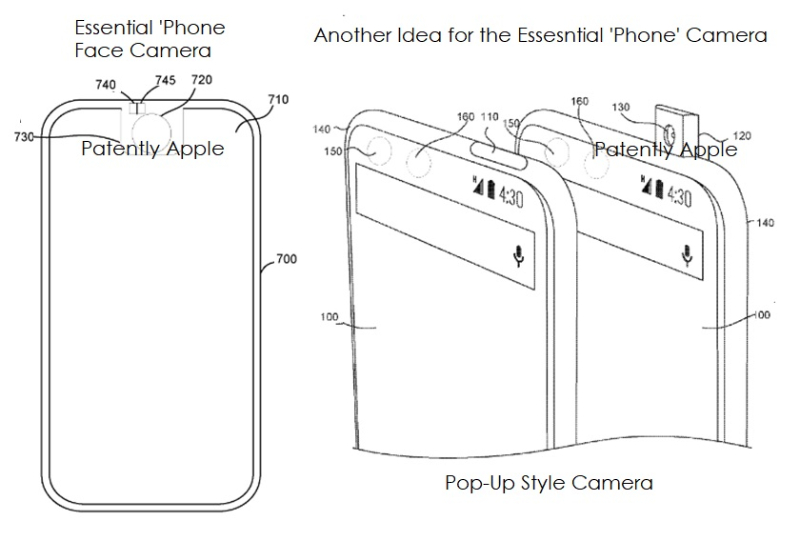 In an interview with Wired published yesterday, Rubin mentioned Google Glass by stating that it "failed not because the tech was bad but because the world wasn't ready to wear them." Why did he bring that up? Well, because Essential is working on smart glasses, according to one of the patent filings. The patent figure from that patent is illustrated below. 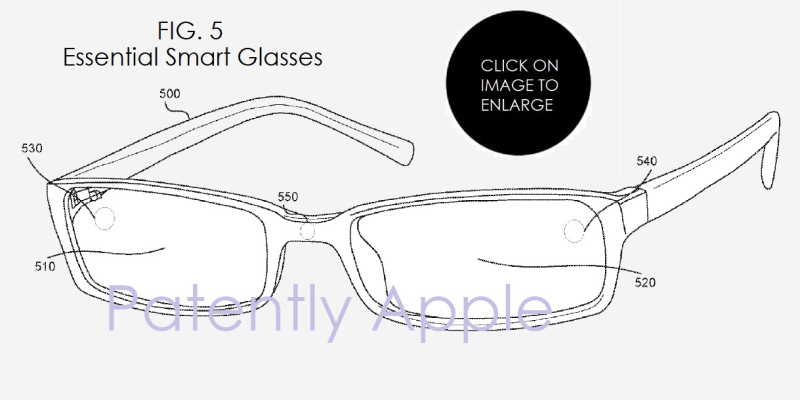 Augmented Reality comes into play with these glasses. Essential notes that "Based on the environment that the user sees, and based on the direction of the user's gaze, the processor can display an image to augment the environment around the user. For example, if the user is looking at a barcode of an item, the processor can display cheaper purchasing options of the same item."

And lastly, one of the interesting points that were revealed about Essential during the Mossberg interview was that Essential has a connection to a company called Playground. Rubin launched Playground, a venture capital firm where a few dozen engineers and designers at Playground Studios help startups build stuff. Rubin was telling Mossberg that Essential is willing and able to do things Apple won't.

He talked about how an idea from the Playground group, backed by venture capitalists, could make its way into the Essential product line so as to promote a new idea or concept that the big boys like Apple can't take a chance on for their products. Most of these ideas need a starting point prior to building volume / scale so that it could later be appealing to other Android OEMs to add to their smartphone line-up that might give them an advantage over Apple or Samsung.

Later in the Wired interview, Jason Keats, the company's head of product architecture, said that if the Essential 'Phone'' were to sell 50 million units in its debut quarter that they'd be totally screwed, adding that "Essential simply cannot produce that many phones. That's the point. We've gone after technologies and methods of manufacturing that aren't designed to support 50 million devices." Keats told Wired that he wants Essential to think like a high-end watchmaker, not a commodity gadget builder. (Granted, everyone says this, even the commodity gadget builders.) From the start, Essential's designers and engineers met with countless manufacturers in search of the most interesting technology and materials, especially stuff no one could produce at scale. "We're not for everybody," Keats says. "You know it's going to be a little exclusive."

Rubin admitted that of course Essential wants to scale up and be super profitable, but that for now, that's not the priority. The priority is about making cool products with unique features on an open source platform that encourages and promotes new ideas that are reviewed and promoted by the Playground group through Essential Product's platform. So while building a new brand is important, so is giving new ideas a chance to breathe, mature and become popular for Essential and other OEM's who want to adopt the new technologies.

In theory, it's a very interesting approach, though only time will tell if it's one that could survive. In a maturing market like smartphones, Rubin feels that being able to make a product stand out from those from Apple and Samsung will be welcomed by those that are real techies or those who love style and design.

That's why Essential is sticking with Android for hardware. It has the largest market share by far that could ensure that Essential Phone buyers won't miss out on their favorite apps.

In the end, Essential is by no means a competitor to Apple. Oddly, if anything, Essential may be more of a threat to other venture capitalist firms. If an inventor has a great hardware idea that is struggling to get off the ground, inventors are likely going to make their pitch to Essential Products Inc. first knowing that it could find its way to market faster.

Then again, Essential has to first prove that consumers have any interest in their products and that's where the rubber meets the road. Taking the flip side of Rubin's analogy, in a maturing market, most consumers tend to stick with what's successful and backed by great service. That's going to be a huge wall for Essential to climb, especially against Apple. On that point, good luck.