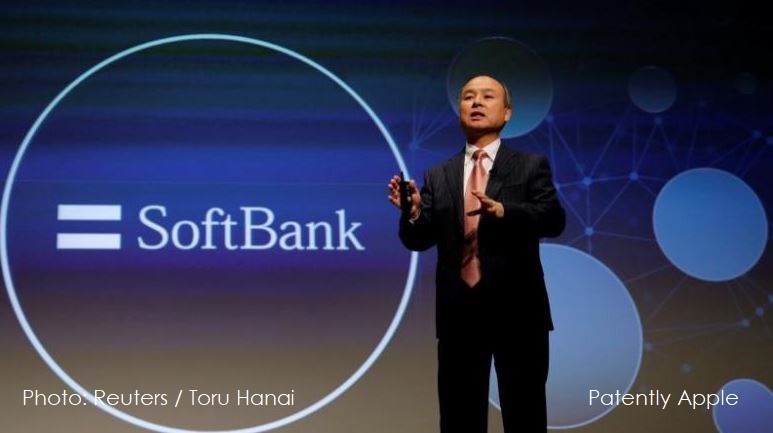 Apple and Foxconn have contributed to the $100 billion dollar Vision Fund with Softbank's Masayoshi Son, Japan's richest man. Patently Apple posted a report way back in December titled "Softbank to Invest $50 Billion in the U.S. to create 50,000 new Tech Jobs and Somehow Foxconn is Included in the Deal." A part of that investment will be used by Foxconn later this year. Softbank's chief who made the pitch to President Trump is now joining the President on his trip to Saudi Arabia.

According to a new Reuters report, "Some six months after his visit to Donald Trump's Manhattan mansion cheered investors, Masayoshi Son, Japan's richest man, is set to follow his friend to Saudi Arabia as the new U.S. president makes his first overseas trip since taking office.

Son, head of Japan's SoftBank Group, travels to Riyadh this weekend where he is expected to announce the close of the first fundraising round for what will be the world's biggest private equity fund, backed by Saudi Arabia's sovereign wealth fund and Apple Inc." On May 12 Patently Apple posted a report titled "Apple Awards Corning First Investment from their Advanced Manufacturing Fund as Promised."

Reuters further noted that Masayoshi Son's "appearance in the Saudi capital and the expected launch of the $100 billion Vision Fund coincide with Trump's official visit to the kingdom, one leg of a presidential trip that also includes Israel, Belgium and Italy.

Son describes the fund as essential for setting up SoftBank for a data "gold rush" which he expects to happen as the global economy becomes increasingly digitized.

Son is scheduled to attend a forum of global chief executives in Riyadh on Saturday to be held on the sidelines of the Trump visit, a list of attendees showed. For on this, read the full Reuters report here.